Teekay Corporation (Teekay or the Company) (TK) yesterday reported results for the quarter ended September 30, 2019. These results include the Company’s two publicly-listed consolidated subsidiaries Teekay LNG Partners L.P. (Teekay LNG) (TGP) and Teekay Tankers Ltd. (Teekay Tankers) (TNK) (collectively, the Daughter Entities), and all remaining subsidiaries and equity-accounted investments. Teekay, together with its subsidiaries other than the Daughter Entities, is referred to in this release as Teekay Parent. Please refer to the third quarter 2019 earnings releases of Teekay LNG and Teekay Tankers, which are available on Teekay’s website at www.teekay.com, for additional information on their respective results.

“Our Total Adjusted EBITDA for the third quarter of 2019 increased approximately $17 million, or 10 percent, from the same period of the prior year, excluding the 2018 contribution related to our equity interest in Teekay Offshore, which we disposed of in May 2019. This increase was primarily due to Teekay LNG’s higher cash flows resulting from vessel deliveries and LNG carriers commencing new contracts at higher rates, partially offset by Teekay Parent’s lower cash flows due to scheduled maintenance shutdowns on all three of our FPSO units,” commented Kenneth Hvid, Teekay’s President and CEO. “Looking ahead into the fourth quarter and into 2020, we expect our results to further improve now that production on all of Teekay Parent’s FPSO units has recommenced following the completion of their planned maintenance shutdowns. In addition, we expect stronger earnings from both of our Daughter Entities in the fourth quarter of 2019, driven at Teekay LNG by the deliveries of the final vessels in the Partnership’s newbuilding program and at Teekay Tankers by the significant strengthening of spot tanker rates in the fourth quarter of 2019.”

“During October 2019, we successfully secured a new charter contract through March 2023 for the Hummingbird Spirit FPSO unit, extending its production in the Chestnut field in the North Sea where it has been since 2008,” commented Mr. Hvid. “We remain focused on contracting out and ultimately divesting our remaining offshore assets, which we consider to be non-core. As a result of recent discussions with existing charterers and potential buyers of the FPSO units, we recorded an accounting impairment on two of our FPSO units totalling $175 million, which was recognized during the third quarter of 2019.”

Commenting on the capital allocation strategies of the two Daughter Entities, Mr. Hvid said, “Teekay LNG, which has almost $10 billion of contracted forward fee-based revenues and a clear path to reaching its targeted leverage range, continues to execute on its balanced capital allocation strategy. Today, Teekay LNG announced its intention to increase its 2020 cash distributions by 32 percent commencing with the distribution relating to the first quarter of 2020, surpassing 30 percent growth for the second consecutive year, while also having opportunistically repurchased its common units at prices below its estimated intrinsic value. Teekay Tankers, which has more exposure to market cyclicality and high financial leverage, has decided to transition away from its current earnings-based formulaic dividend policy in order to allocate its growing cash flows towards reducing financial leverage, which it expects will further build net asset value and reduce its cost of capital. We believe these prudent capital allocation strategies will maximize the creation of shareholder value at each of the Daughter Entities, enabling them to build equity value, lead to a lower cost of capital, and position them well strategically throughout the cycle.”

“We look forward to presenting at our Teekay Group investor and analyst meeting tomorrow morning starting at 8:30 am in New York.”

These decreases were partially offset by higher earnings in Teekay LNG due to the delivery and contract commencement of several newbuildings during the past year, as well as higher revenues earned from certain existing LNG carriers and multi-gas vessels.

In addition, consolidated GAAP net loss was negatively impacted in the three months ended September 30, 2019, compared to the same quarter of the prior year, by a $175.0 million write-down of two FPSO units. Teekay Parent made changes to its expected cash flows from the two FPSO units based on recent discussions with potential buyers about the possible sale of the units and with existing charterers about contract extensions. This led to the write-down of one unit to its estimated fair value, based on the expected sales price, and a write-down of the other unit to its estimated fair value, using a discounted cash flow approach based on the terms of the existing contract and expectations about future contract extensions and potential sale of the unit.

Total adjusted EBITDA(1) in the third quarter of 2018 included $20.3 million related to Teekay Parent’s ownership interest in Teekay Offshore, which was sold in the second quarter of 2019.

In addition, consolidated GAAP net income was negatively impacted in the three months ended September 30, 2019, compared to the same quarter of the prior year, by various items, including the $175.0 million write-down of two of Teekay Parent’s FPSO units, as described in the Teekay Corporation Consolidated section above.

Teekay LNG’s adjusted net income and total adjusted EBITDA(1) for the three months ended September 30, 2019, compared to the same quarter of the prior year, were positively impacted by: the deliveries of four wholly-owned LNG carrier newbuildings (the Megara, Bahrain Spirit, Sean Spirit and Yamal Spirit) between July 2018 and January 2019; higher earnings from the Magellan Spirit, which has been chartered-in from Teekay LNG’s 52 percent-owned joint venture with Marubeni Corporation (MALT Joint Venture) commencing in September 2018; higher earnings from the Torben Spirit LNG carrier upon redeployment in December 2018 at a higher charter rate; higher spot revenues for seven multi-gas carriers during the third quarter of 2019; the deliveries of three Yamal Joint Venture ARC7 LNG carrier newbuildings between September 2018 and August 2019; the deliveries of two joint venture LNG carrier newbuildings between July 2018 and January 2019; and higher earnings in the MALT Joint Venture from commencement of the Arwa Spirit and Marib Spirit one-year charter contracts at higher rates in June and July 2019, respectively, and recognition of drydock hire revenue for the Meridian Spirit.

These increases were partially offset by an increase in off-hire days in the third quarter of 2019 for the Madrid Spirit due to a scheduled dry docking and repairs.

Please refer to Teekay LNG’s third quarter 2019 earnings release for additional information on the financial results for this entity.

In October 2019, Teekay Parent entered into an agreement with the Chestnut Joint Venture, a joint venture between Spirit Energy Ltd. and Dana Petroleum Ltd., to extend the employment of the Hummingbird Spirit FPSO unit on the Chestnut field in the North Sea under a new 3.5-year contract out to March 2023. This contract extension was done in conjunction with the Chestnut Joint Venture’s plan to drill a new well at the Chestnut field. The amended contract, which took effect on October 1, 2019, provides for a fixed charter rate instead of the previous fixed charter rate plus oil production/price tariff.

In December 2018, the board of directors of Teekay LNG’s general partner approved a $100 million common unit repurchase program. Since that time, Teekay LNG has repurchased a total of 2.26 million common units, or approximately 2.8 percent of the common units outstanding immediately prior to commencement of the program, for a total cost of $28.9 million, representing an average repurchase price of $12.78 per unit. Since early-August 2019, Teekay LNG repurchased 816,672 units at an average price of $14.33 per unit, for a total cost of $11.7 million.

On September 25, 2019, the United States Government, by an Executive Order of the Department of the Treasury’s Office of Foreign Assets Control (OFAC), imposed sanctions on COSCO Shipping Tanker (Dalian) Co., Ltd. (COSCO Dalian). At the time, COSCO Dalian owned 50 percent of China LNG Shipping (Holdings) Limited (CLNG). CLNG was not listed on the OFAC Order as a Specially Designated National or involved in any sanctioned activity, but by virtue of being 50 percent-owned by COSCO Dalian at the time, CLNG was designated as a “Blocked Person” under OFAC’s deeming rules. CLNG, in turn, owns a 50 percent interest in Teekay LNG’s Yamal LNG joint venture (the Yamal LNG Joint Venture), which owns five on-the-water ARC7 LNG carriers and one ARC7 LNG carrier newbuilding under construction. As a result of CLNG’s 50 percent interest, the Yamal LNG Joint Venture at the time also qualified as a “Blocked Person” under OFAC’s deeming rules.

On October 21, 2019, the COSCO group completed an ownership restructuring on arms’-length terms pursuant to which its 50 percent interest in CLNG was transferred from COSCO Dalian to a non-sanctioned COSCO entity, which automatically resulted in CLNG and the Yamal LNG Joint Venture no longer being classified as a “Blocked Person” under OFAC’s deeming rules. Teekay LNG does not expect any material impact to it from these resolved issues. 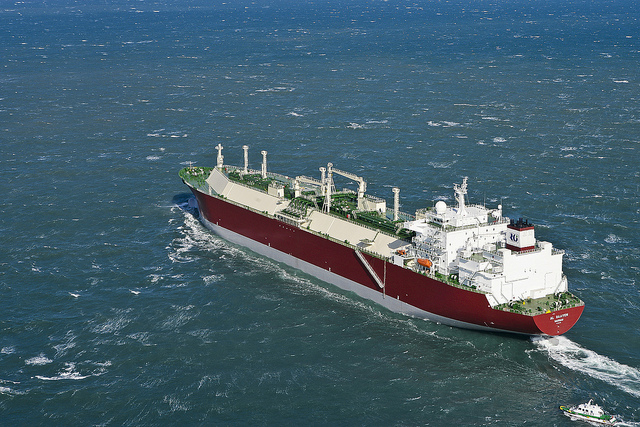 In October 2019, Teekay Tankers entered into one-year time charter-out contracts for three Suezmax tankers at an average rate of approximately $37,500 per day, two of which commenced in mid-October 2019 and one in early-November 2019.

In November 2019, Teekay Tankers decided to transition away from its previous formulaic, variable dividend policy, which was based on a payout of 30 to 50 percent of its quarterly adjusted net income, to primarily focus on building net asset value through balance sheet delevering and, as a result seeking to reduce its cost of capital. As Teekay Tankers’ balance sheet delevers, Teekay Tankers believes that it will ultimately have greater financial flexibility to allocate capital towards a variety of uses, including returning capital to shareholders through dividends and/or share repurchases and potential vessel acquisitions at attractive times in the tanker cycle.

In November 2019, Teekay Tankers signed a term sheet to refinance 36 vessels with a new five-year, $595 million revolving credit facility. Upon completion, the facility is expected to replace three of Teekay Tankers’ existing loan facilities that currently have an aggregate availability of $510 million, of which $495 million was drawn as of September 30, 2019. The new facility, which is expected to have substantially similar terms as these three facilities and to extend balloon maturities from 2020/2021 until late-2024, is expected to be completed in December 2019.

Teekay, Teekay LNG and Teekay Tankers plan to host an investor and analyst meeting on Thursday, November 14, 2019 at 8:30 a.m. (ET) with presentations from the senior leadership of Teekay, Teekay LNG and Teekay Tankers. Access to a live webcast of the presentations will be available to the public in advance of the event on Teekay’s website, www.teekay.com. Please allow extra time prior to the presentation to visit the site and download the necessary software required to listen to the internet broadcast. A recording of the webcast will be archived on the same website following the live presentations.