The foundation for a transformation

With new ownership structures in place for three out of four of the oil and oil-related businesses, A.P. Moller – Maersk has reached a milestone in its strategy to become a focused, integrated transport and logistics company.

First day of trading of the Maersk Drilling share is expected to be 4 April 2019, subject to shareholder approval of the demerger at the A.P. Moller – Maersk Annual General Meeting on 2 April 2019.

“Maersk Drilling is an industry leader in the global offshore drilling market, based on its well-reputed and safe operations and a fleet that is among the youngest and most advanced in the industry,” says Claus V. Hemmingsen, Vice CEO of A.P. Moller – Maersk and Chairman of the Maersk Drilling Board of Directors, and continues:

“The demerger will create a listed Danish-based offshore drilling company with a clear investment profile and long-term development prospects. Maersk Drilling is well-positioned to capitalise on the value creation opportunity of a globally leading pure play offshore drilling company to the benefit of both its long-term blue-chip customer base, as well as its investors.”

Transforming an industry
A.P. Moller – Maersk made the historic, strategic decision to move from being a conglomerate to focusing the company on transport and logistics in 2016. A decision that in many ways returns the company to the starting point, but at the same time with the ambition to transform major parts of the transport and logistics industry and become the world’s leading global integrator of container logistics 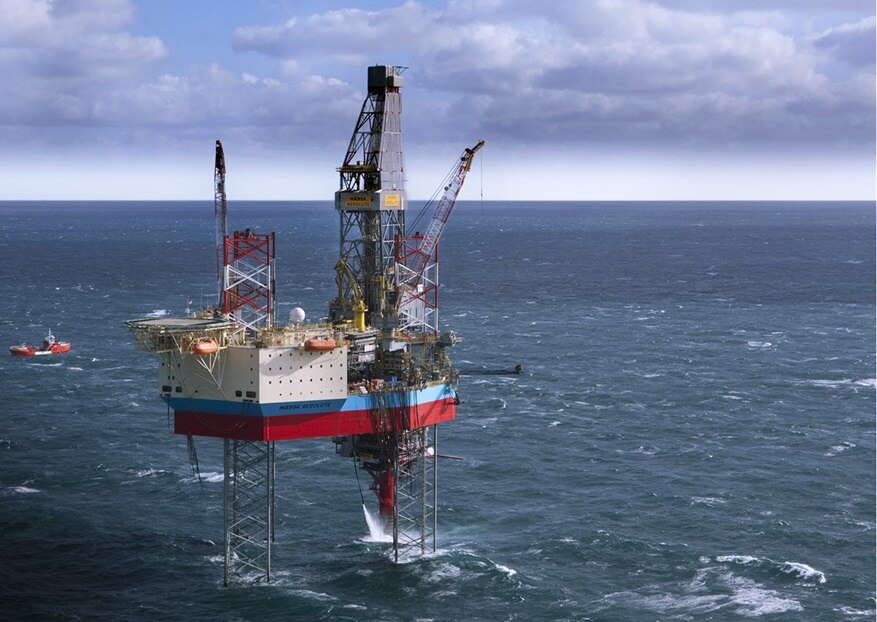 As a consequence, it was decided to find new ownership structures for the four oil and oil-related companies Maersk Oil, Maersk Drilling, Maersk Tankers and Maersk Supply Service. The companies were placed in the Energy division under Vice CEO Claus V. Hemmingsen, along with the responsibility for the separation process and for finding new ownership structures to ensure their continued growth and development outside A.P. Moller – Maersk

“With the listing of Maersk Drilling, we will have almost completed the separation of our oil and oil-related businesses, totalling more than USD 12bn worth of separation transactions and can now focus our efforts fully on becoming the global integrator of container logistics,” says Søren Skou, CEO of A.P. Moller – Maersk and continues:

“A warm thank you to all our colleagues in the oil and oil-related businesses who have worked relentlessly to serve our customers and add value to their business units, as well as A.P. Moller – Maersk. I commend them for doing this under challenging circumstances and uncertainties about future owner structures.”

The demerger and separate listing of Maersk Drilling
• In the demerger of A.P. Moller – Maersk, Maersk Drilling will be separated out and established as a new, independent company. The shares in the new company will then be admitted for trading and official listing on Nasdaq Copenhagen.

• Although Maersk Drilling will be separated from A.P. Moller – Maersk, the company will continue to operate under the name Maersk Drilling and use the seven-pointed star as part of its identity. However, the independently listed company will have the legal name ‘The Drilling Company of 1972 A/S’.

Maersk Oil was sold to oil major Total S.A. in August 2017 and the transaction was completed in March 2018. Total S.A. is a strong owner with an investment interest in the industry. Total S.A. has made Denmark a hub for its North Sea activities, ensuring the best possible foundation for the continued development of Maersk Oil, its employees and the Danish North Sea continental shelf.

Maersk Supply Service progressed on its strategy to diversify its business into new markets in 2018. The company has completed its fleet renewal programme initiated in 2016, with 23 vessels divested and ten new vessels delivered. A structural solution for Maersk Supply Service is pending.
Source: Maersk