In a survey conducted by global law firm Reed Smith in 2018, industry participants were asked: What is the greatest challenge facing the shipping industry in the next five years?

The findings have been published on www.reedsmith.com in a report titled ‘Is the shipping industry embracing the digital age?’ 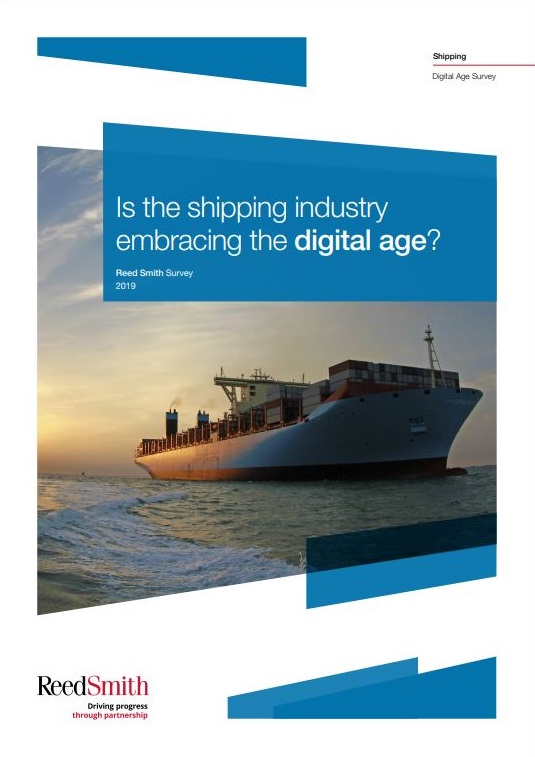 Respondents identified flattened demand growth as the greatest challenge with 18.3 per cent of the vote, followed closely behind by industry consolidation forcing freight rates down with 16.7 per cent, while meeting fuel emissions regulations received 15 per cent of the vote.

The report states that “with recent reports indicating the Chinese economy is slowing down, this is echoed by other industries across the globe. As demand is levelling out, there is a risk of excess capacity in the market. This will affect freight rates and potentially drive out smaller shipping companies.”

Andrew Taylor, co-head of Reed Smith’s global Transportation Industry Group, said: “The next five years are likely to be a challenge for the industry, with significant expenditure needed to ensure compliance with new regulations while maintaining competitiveness.

“The potential for vessel performance to be tracked and measured in real time using big data will likely see greater investment in technology and drive efficiencies.”

The survey also revealed that analytics of big data as well as technology to address environmental issues and emissions are expected to be the most significant technological drivers of change over the next five years, both with 40 per cent of the vote, with the remaining 20 per cent allocated to distributed ledger technology/blockchain.
Source: Reed Smith

Previous: Shipping’s automation shortcomings
Next: The World Economy and Shipping: What Will 2019 Bring?