The Mission to Seafarers (MtS), a leading international seafarer welfare charity, has announced the shortlist for its annual Seafarers’ Awards in Singapore. The awards recognise individuals and organisations that have made significant contributions to improving the welfare of seafarers.

The awards are a prestigious annual event which, this year, will be held virtually due to COVID-19 and ongoing restrictions in Singapore. Taking place on Wednesday 8th December 2021, all proceeds from the event will go towards supporting The Mission’s work in Singapore.

The awards honour the commitment and contributions to seafarers’ welfare made by seafarers, shore staff and shipping companies around the globe. The shortlisted nominees are as follows: 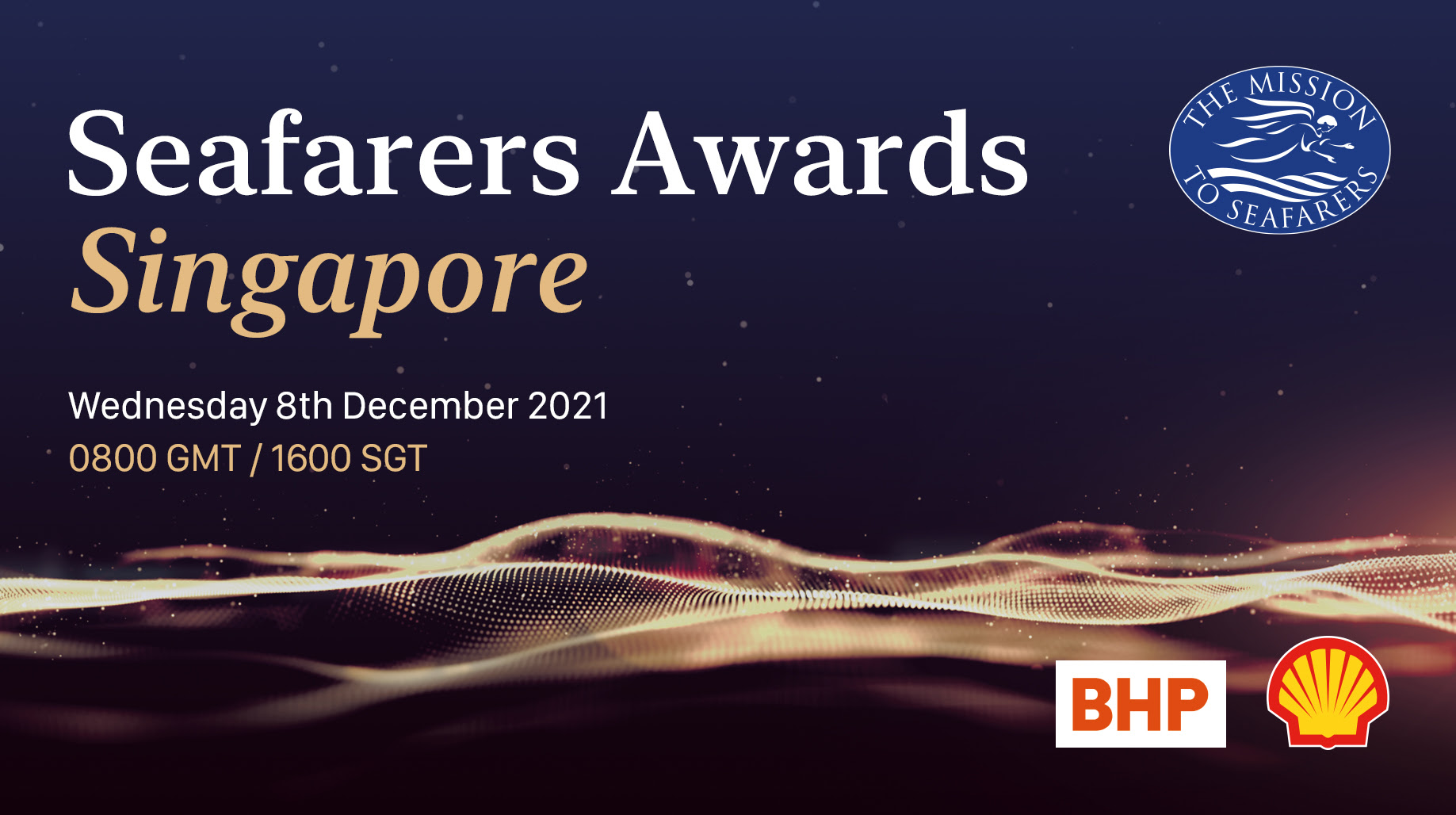 “The Seafarers’ Awards in Singapore have gone from strength to strength. Once again, as last year, we have seen outstanding quality in the nominations for 2021. As a judge, it has been really challenging to create our shortlist from the many outstanding nominations received. What makes this year’s crop of nominations particularly striking has been the fact that they are against the backdrop of a global pandemic. They reflect the immense contributions of so many organisations and individuals in responding to the acute challenges faced by seafarers and their families.

The Mission’s Seafarers’ Awards in Singapore are supported by gold sponsors Shell and BHP, as well as silver sponsors North, Bureau Veritas, Singapore Maritime Officer’s Union (SMOU) and Singapore Organisation of Seamen (SOS). Key speakers from the maritime industry will also join the Awards, including The Mission to Seafarers Secretary General, Andrew Wright, the Judges, and silver sponsors.
Source: Mission to Seafarers