The Port Authority of Valencia calls for tenders for the Port Sagunto Seafront for 5.7 million euros

The Port Authority of Valencia (PAV) has published on the Public Sector Procurement Platform the start of the procedure for the award of the works for the project “New Seafront in the northern area of the Port of Sagunto” with a base tender budget of 5,735,310 euros (VAT included). This initiative is part of the agreement signed by the Port Authority of Valencia with the Sagunto City Council for the port-city integration which contemplates the construction of a Seafront in the northern area of the port which, giving continuity to the promenade of the municipality, will allow public use of this area and, in the future, public access to the Sierra Menera jetty.

For Aurelio Martínez, president of the PAV, “today is a very important day for Sagunto. We have fulfilled our commitments; therefore, it is a success for everyone, a success of the power of consensus. We have shown that when there is willingness and sincerity in the dialogue between the parties, great achievements are made, in this case for the city and for the port; in other words, for the people. For the citizens. We at the Port Authority have used the best of our technicians to reach today’s date. From now on, we will enter the final stretch of the administrative procedure and the technical supervision of the project; and we will be very attentive to conclude a work which will be a source of pride for the people of Sagunto and for a port which has a great and promising future ahead of it”.

This project is being developed on the land occupied by the terrestrial part of the current pier to create a new urban space connecting the end of the current Mediterranean Crossing with the start of the maritime section of the pier. Thus, among the characteristics contemplated in this project, it is worth highlighting that the new seafront will have a bicycle lane as it will be the end point of the Sierra Menera greenway, the longest in Spain. 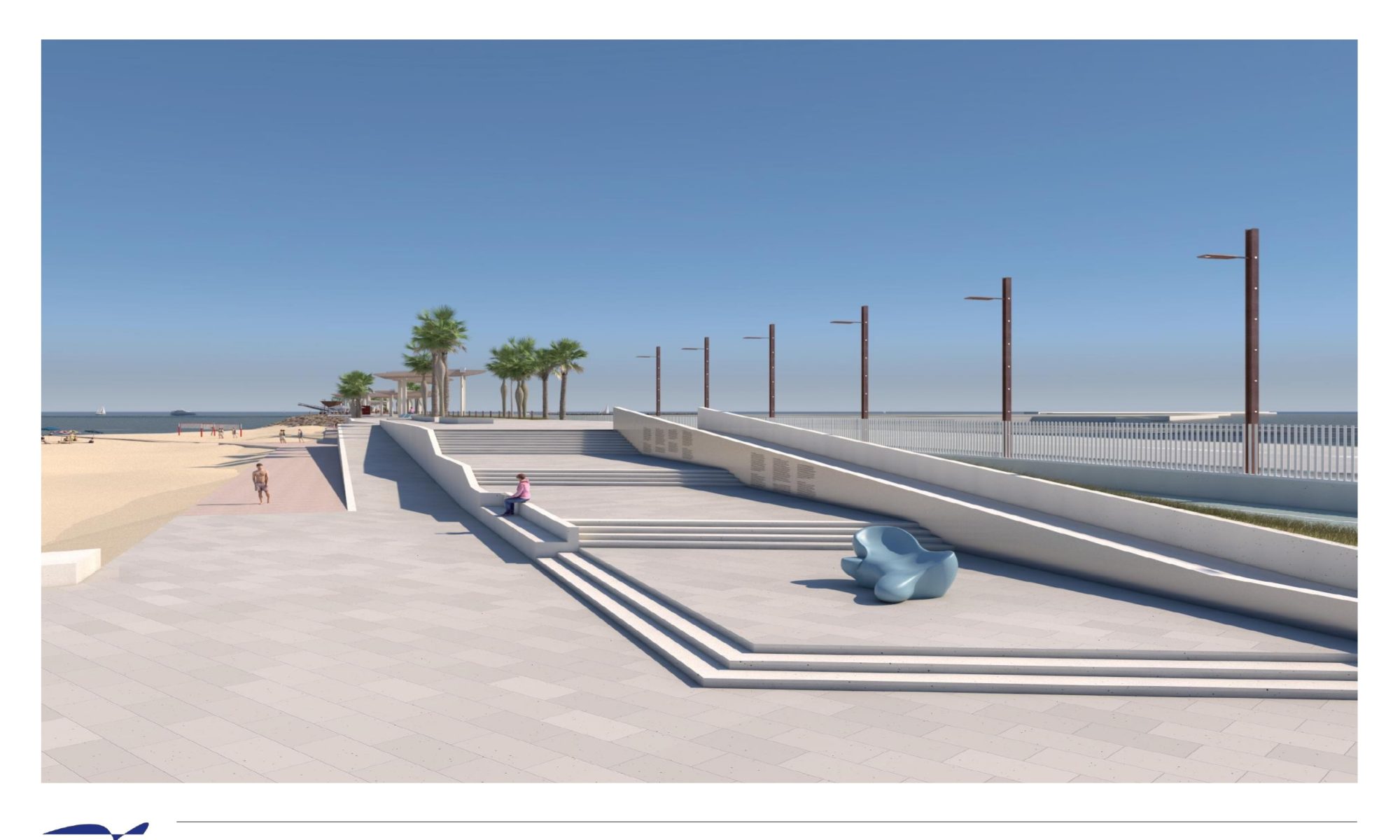 In addition, this new seafront is conceived as a cultural, leisure and recreational centre for the citizens, which is why a series of activity areas have been created to enable the creation of museum areas, restaurants, children’s playgrounds, sports areas, etc. In this line, one of the main ideas of the project is to enhance the value of the heritage and historical character of the area. To this end, the new promenade is conceived as a space that combines leisure with a museum approach to the pontoon and Sagunto’s own industrial heritage.

The project contemplates constructive solutions with several areas such as: Roundabout and junction with Travesía del Mediterráneo street and Paseo Marítimo; Access stairs and starting area of the promenade; Central part of the seafront and space for activities; Final area of the promenade and future link with the pier; Interaction area with the beach; Bicycle lane area.

The announcement has been published on the public sector procurement platform and bids may be submitted until 6 June 2022. The execution period for the works will be 12 months.

The project for the remodelling of the northern area of the Port of Sagunto is being carried out in two phases. On the one hand, work will be carried out on the land area that will connect with the seafront in the northern area with the aim of completing the work as quickly as possible, which is the subject of today’s tender. On the other hand, the maritime part, which will require a simplified environmental procedure due to the waste treatment that will be generated, as it is located in non-inland waters.
Source: Port Authority of Valencia