The smart port doesn’t stop at the city limits

In Rotterdam, we’re constantly working to find new ways to make our port smarter, more efficient, better and more sustainable. How have our partners in the port taken on this challenge, why, and how could they have approached it even smarter?

‘As a banker in heart and soul, I would have never suspected ten years ago that I’d leave banking and start a new life as a ‘port man’, devoting myself to the smart port. In 2008, I was working as ING’s regional director of banking in Rotterdam – which meant I was still sitting ‘at the opposite end of the table’. I remember speaking in the capacity of chair of the bank consortium with Thessa Menssen, the Port of Rotterdam Authority’s CFO at the time, about financing one of the most innovative projects undertaken in Rotterdam, and even the Netherlands. In the wee hours of the morning we reached an agreement about financing a project that would turn part of the North Sea into a new piece of land, which could be added to the existing port area. We had greenlighted the financing of Maasvlakte 2. 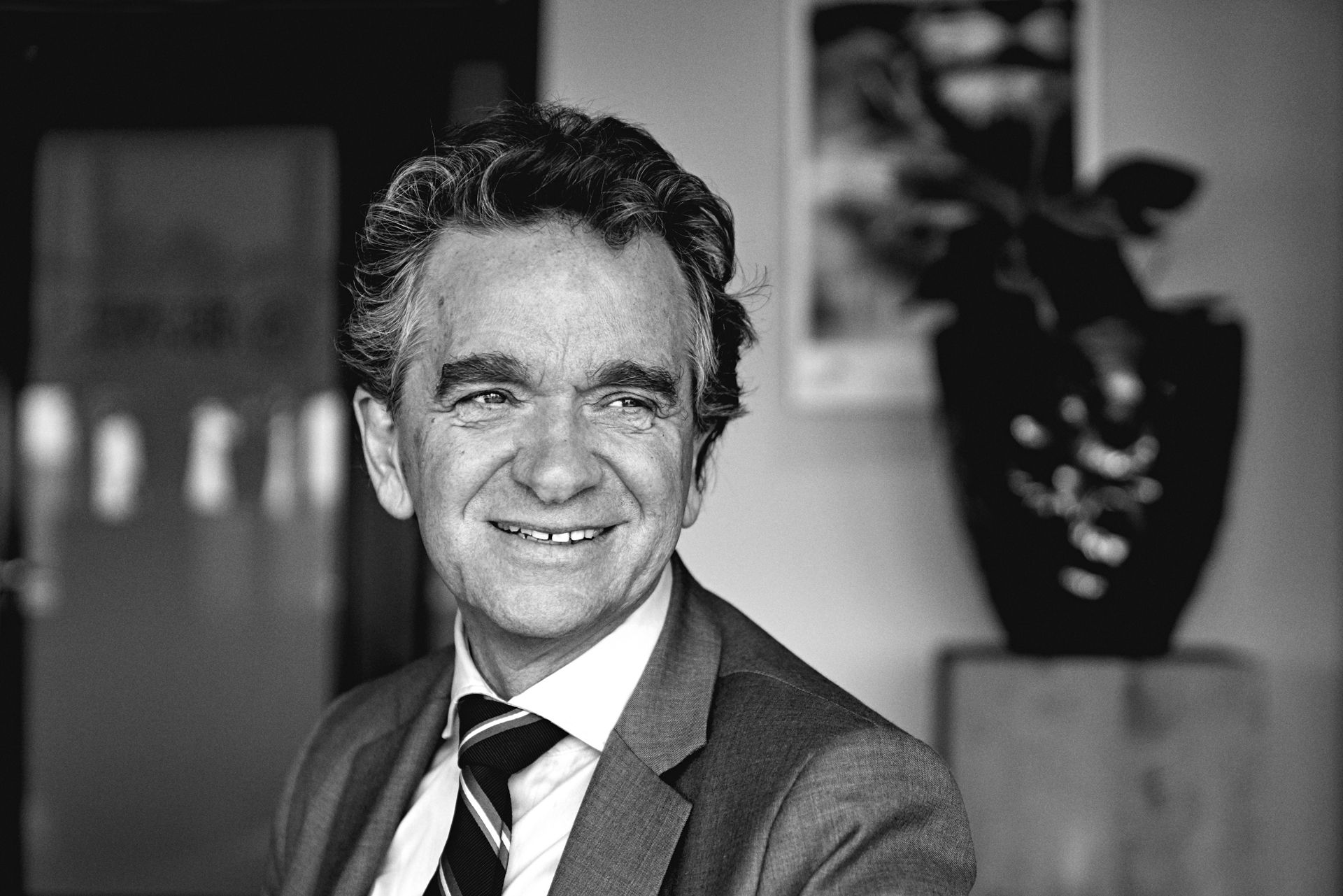 Today, the word that sums up my job is renewal – or innovation. In 2016, I was appointed Director of the new Rotterdam Port Fund. This fund invests in fast-growing, innovative businesses that contribute to our transition towards the port sector of the future. Working together as a team, we have been able to build ties with investment partners like the Port of Rotterdam Authority and NIBC Bank. It’s wonderful to see how in a relatively short period of time, we have become an integral part of the innovation ecosystem – and how we are able to play a significant role for innovative companies that want to scale up.

Up till now, we have made a total of six investments. One example is EST-Floattech, a firm that concerns itself with electrification in the shipping sector. The company is developing power storage systems – a kind of batteries that can be used both on land and out on the water, which ships can use for their propulsion. A smart development that is important for the maritime sector and that can contribute to the energy transition by helping to lower the shipping sector’s CO2 emissions. A project that is being followed closely by a large number of parties.

The Rotterdam Port Fund’s most recent smart undertaking is our investment in ExRobotics. This company develops robots that can be used for remote inspections in environments with a high explosion risk, like chemical and gas plants. The robots are fitted with a range of sensors, which they can use to hear, see and even smell their surroundings. This appeals strongly to people’s imagination – both in the Netherlands and abroad.

One of the things we could have been a bit smarter with ourselves is our choice of name. Of course, nothing beats Rotterdam, but our name – Rotterdam Port Fund – may limit our reach somewhat. People assume that our investments need to relate to Rotterdam in some way or other. While local ties are a plus, of course, the smart port doesn’t stop at the city limits. We invest in innovations that have an impact. In hindsight, Rotterdam Port Fund International may have been a better option. But by then we had already registered our current name and ordered business cards from the printer’s.

The port of Rotterdam is of vital importance to the Dutch economy, to employment, and contributes strong added value to the Netherlands’ gross national income. The port of tomorrow will be very different to the port of today. If we don’t get in lane for what we can expect in 30 years’ time, this will affect our impact and agility, and we will be overtaken by other ports. We need to remain inventive; we need to keep developing smart innovations. And the Rotterdam Port Fund is happy to contribute.’
Source: Port of Rotterdam