The Transformation of the Panama Canal’s Service Since the Expansion

However, ensuring a seamless transition was not instant, but rather driven by ongoing transformation of our workforce, operational measures, and equipment, among other elements. This month, we reflect on that gradual transformation and how, through heightened flexibility, reliability, and sustainability, we have reshaped the Panama Canal’s service and value to the world.

The wider dimensions of the Neopanamax Locks allowed the Panama Canal to begin accommodating a larger class of vessel, as well as an entirely new segment – liquefied natural gas (LNG). While LNG vessels were previously too wide to fit through the Panamax Locks, the Canal’s Expansion meant over 95% of the global LNG fleet could transit the Panama Canal for the first time, allowing exporters in the United States to ship natural gas to Asia at competitive prices.

Did You Know? Container ships continue to be the main user of the Neopanamax locks with 42% of transits, followed by liquefied petroleum gas carriers (22%), dry bulkers (15%) and LNG vessels (14%).

The new locks also required updated technology and equipment to ensure the safe passage of larger vessels. As a result, the Panama Canal acquired 14 new tugboats, 8 of which now have top-of-the-line firefighting capabilities, increasing the Canal’s fleet to 46 tugboats. The Canal also provided rigorous training to its pilots and tugboat captains to prepare them for vessel maneuvers through the new locks and conducted trial transits before the inauguration of the Neopanamax Locks in 2016.

“As the head engineer of the Expansion, I witnessed firsthand the excellence of our operations team in adapting and innovating to welcome a new era for global trade,” said Panama Canal Deputy Administrator Ilya Espino de Marotta. “We continue the same commitment today we made five years ago – to continue enhancing the service and value we offer at the Panama Canal for the benefit of our customers and the world.” 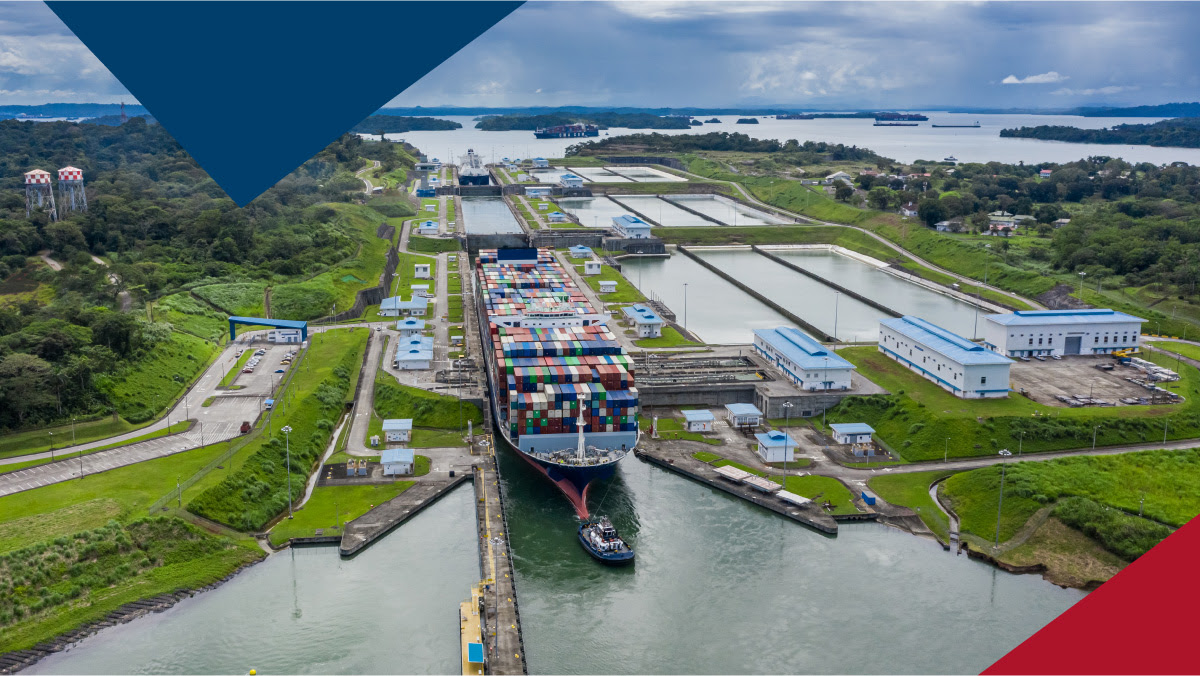 The Canal continues to find ways today to expand its services to accommodate larger vessels through the Neopanamax Locks. Most recently, the waterway increased the maximum length overall (LOA) for commercial and non-commercial vessels acceptable for regular transits of the Neopanamax Locks to 370.33 meters (1,215 feet), up from 367.28 meters (1,205 feet). The change means that 96.8% of the world’s fleet of containerships can transit the Panama Canal, shortening routes and benefiting economies around the world.

Did You Know? In addition to the increased length overall, due to the effective management of the water resources, the Panama Canal was able to maintain draft levels above 13.72 meters (45 feet) during the dry season in 2020, and secured an optimal draft throughout the first six months of 2021. In June, the waterway increased the draft offered to 15.24 meters (50 feet), the highest level allowed in the waterway.

The efforts to welcome larger ships to transit the waterway have also fulfilled another priority– increasing its emission savings offered to shipping lines. The Expanded Canal significantly increased the route’s emission savings for shipping lines by allowing them to transport even greater amounts of cargo in fewer trips, reducing time, fuel, and emissions. By offering a shorter route for ships, the Neopanamax Locks contributed to a reduction of 40 million tons of carbon dioxide (CO2) equivalent emissions during the last five years, in comparison to the most likely alternative routes.

“The Expansion allowed us to significantly increase the value we offer to our customers as we look to minimize the carbon footprint through the reduction of emissions in our own operations with the objective of fostering a more sustainable future for shipping,” said Panama Canal Administrator Ricaurte Vásquez Morales.

Building on these efforts, the Panama Canal is committed to decarbonizing operations, becoming carbon-neutral by 2030. As an initial next step, the Canal will also soon begin an electric vehicle pilot program to inform the migration of its entire fleet away from fossil fuels. Decarbonizing operations at the Canal as well as developing a viable solution for water conservation continue to be urgent priorities.

An Optimistic Rebound and Future Outlook

The Panama Canal has adjusted its operations not only for water conservation, but also for changing trade patterns due to the COVID-19 pandemic. While traffic has returned and is expected to remain stable at the Neopanamax and Panamax Locks in the coming months, the Panama Canal will continue adapting its operations to accommodate its customers through the ebbs and flows of the global economic recovery. To demonstrate this, the Canal announced this month that it would suspend transit reservation fees indefinitely to offer customers support and added flexibility following a series of extensions.

The past five years have not been without hardship, particularly the last year. However, we are proud of what our team has accomplished for our customers, country and world since opening the Neopanamax Locks to the world. As we celebrate the fifth anniversary of the Expansion, we remain committed to building on these efforts to expand the Panama Canal’s value and role in ushering in a more sustainable, connected world for years to come.
Source: Panama Canal Authority