Canada’s Irving Shipbuilding has cited Thordon Bearings as one of a number of partners playing a pivotal role in ensuring the Royal Canadian Navy’s (RCN) new Arctic and Offshore Patrol Ships (AOPS) are capable of environmentally sustainable operations.

The first two in a series of six twin-screw vessels entrusted to Irving Shipbuilding, have been put to water with Thordon’s COMPAC water lubricated propeller shaft bearings, which the shipbuilder says are “environmentally progressive” resulting in “zero risk of pollution”.

In a recent article, the shipbuilder said: “Thordon Bearings is a key part of efforts to ensure that the power produced by Canada’s new Arctic and Offshore Patrol Ships (AOPS) will move the vessels in an efficient, reliable, and environmentally safe manner.”

The successful launch of the first two ships in the series, underscores Thordon’s long association with both shipbuilder and RCN, a history that dates back to the early 1990s. 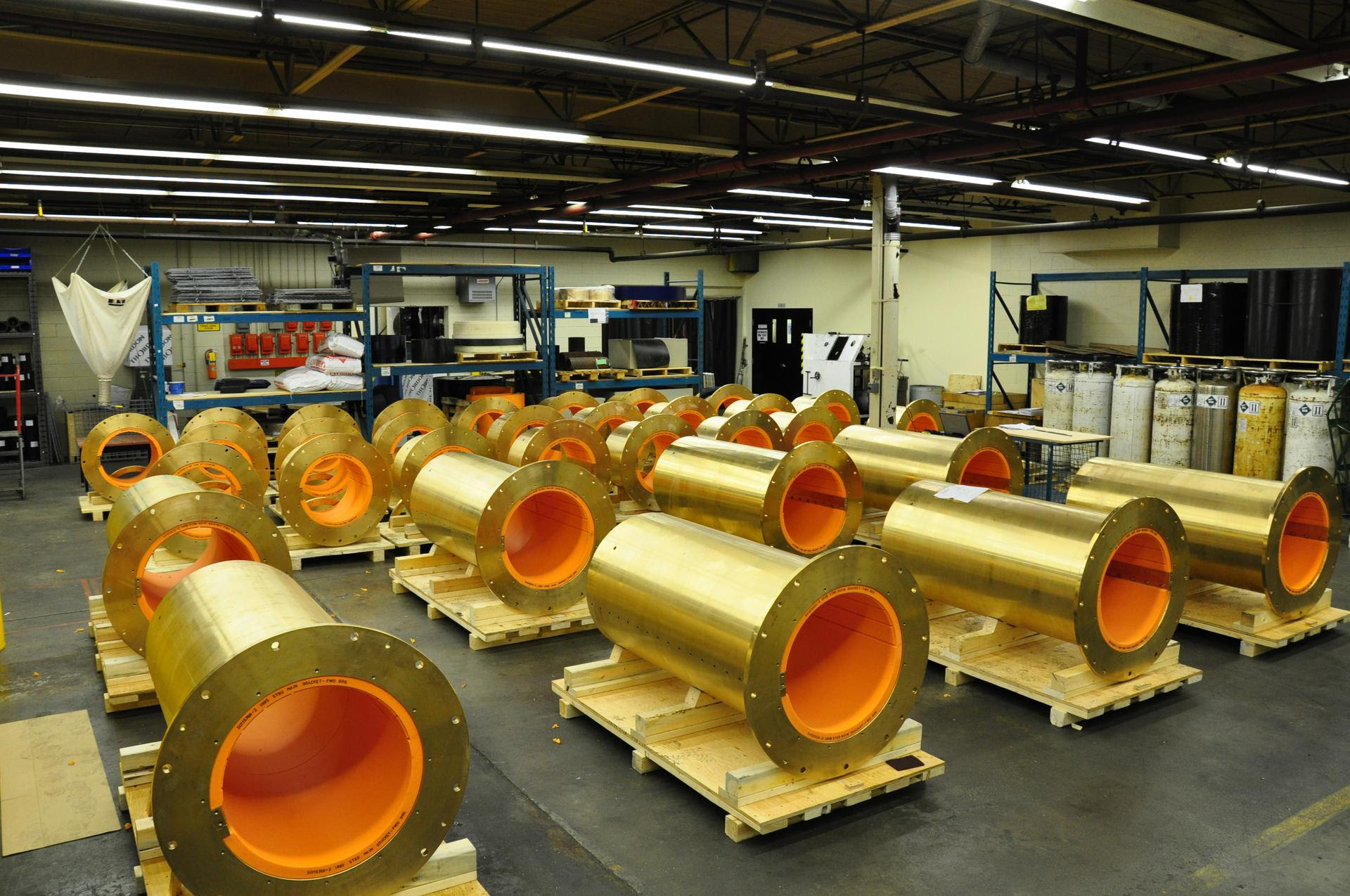 “Since then, we have worked closely with Thordon Bearings to deliver complete packages to a number of naval programs, including the Hero-class Mid Shore Patrol Vessels for the Canadian Coast Guard and now these new AOPS’s for RCN.”

Thordon Bearings’ President and CEO Terry McGowan said: “We are delighted to once again partner with Irving Shipbuilding to deliver these state-of-the-art vessels to the RCN fleet. The first Halifax installation brought Thordon water lubricated bearing technology global attention. And today, COMPAC is the bearing of choice for navies worldwide, not only for ship survivability and readiness reasons but also because use of seawater as a lubricant means there is zero risk of pollution. With these AOPS’s due to operate in ecologically sensitive areas, environmental protection was a key element in their design.”

Each 480mm (18.9in) diameter propeller shaft is water lubricated with the award-winning COMPAC bearing arrangement in a scope of supply that includes bearing carriers, split keys, and a Thordon Water Quality Package. Dartmouth, NS based Avalon Marine Limited worked with Irving Shipbuilding to specify Thordon SXL grease-free bearings for the rudder as well. Thordon’s world leading reference list and Royal Canadian Navy experience made the choice simple, with the added benefit that the bearings are made in Canada, by Canadians.

The exceptionally low wear rate and consequent reduction in maintenance has proven to be another important benefit for the Royal Canadian Navy.

“The success we have had today is a direct result of the willingness of the Canadian authorities to try a then-new technology almost 30 years ago.”