But the dollar is now facing a challenge to its status as the de facto currency of energy and metals. 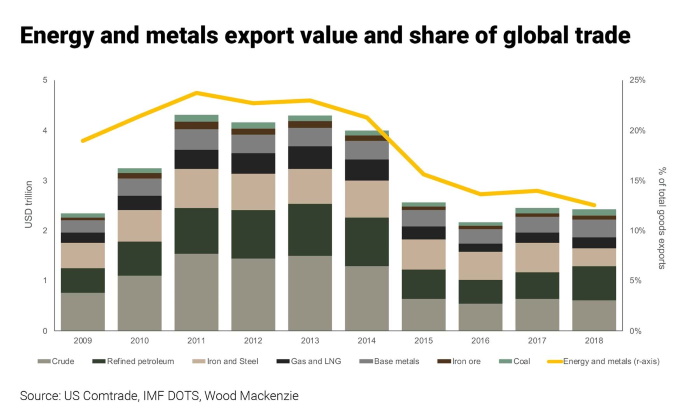 Three major forces at play
De-dollarisation is gaining momentum as a result of three major forces. In this new piece of research from our principal economist Peter Martin, he explores how the interactions of geopolitics, economics and the environment might threaten the dollar’s status.

1. Geopolitics
Commodity exporters subject to US sanctions, such as Iran and Russia, have a clear incentive to turn away from dollar payments.

2. Economics
China and Europe can help grow the status of their currencies by de-dollarising energy transactions. The value of net imports of energy in China and Europe could total US$1.4 trillion in 2040. If transactions are made in renminbi and euros, it will be a blow for the demand for dollars. 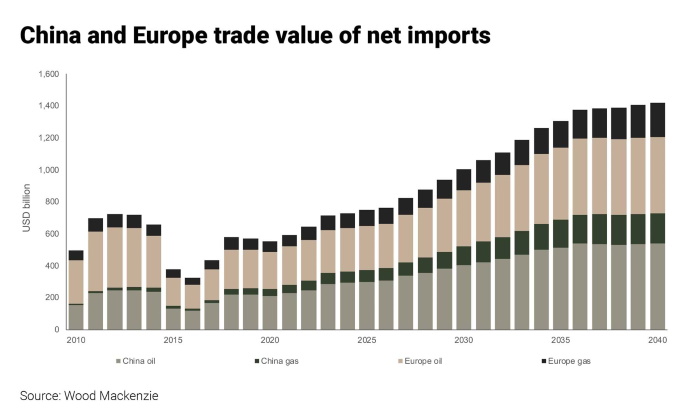 -As oil demand peaks in the next few decades, its role in global trade will diminish
-Zero-carbon energy and new technologies don’t need to be tied to the dollar
-China will control supply chains for minerals needed for battery technologies – a possible conduit to grow the renminbi’s global status

De-dollarisation is gaining momentum
China and Russia will lead the de-dollarisation of global commodity markets. Developments in exchange-based derivative trading will also play a part. But breaking the dollar’s dominance will not occur overnight. Nor will the dollar become obsolete in energy and metals.

What currency could replace the dollar?
Get Peter’s analysis of the potential for the euro, renminbi and other major commodity currencies to replace the dollar. He also examines the possibility of disruption from cryptocurrencies. Fill in the form on this page.

What will really drive the switch away from the dollar?
We think it will be developments in exchange-based derivatives trading. Annual volumes of futures and options contracts are many multiples of physical cross-border trade. Emerging exchanges will gain market share from incumbents and are more likely to price in non-dollar terms.

However, it is not all one-way traffic. Rising US oil and gas exports are a headwind to de-dollarisation. Furthermore, metals and coal show little signs of ditching the dollar.

Will the US sit back and allow this global economic shift to happen? Only time will tell. But energy and metals markets could be a pawn in the battle between incumbent and emerging superpowers.
Source: Wood Mackenzie

2019-11-06
hellenicshippingnews..
Previous: Lower crude steel production in 33 months worries Latin American market
Next: Iron ore prices are coming back down to earth — but how far will they fall exactly?