Top 5 bunkering locations worth spending your next holiday in

For a number of months the world has been dealing with the Covid-19 pandemic. Despite this, shipping has on average only seen modest declines in activity and the bunkering industry continued to develop with new production and supply locations appearing on the map. While for many the lockdown has given an opportunity to appreciate the simple things, like being with family and enjoying the slower pace of life, one thing that is often missed is the ability to travel, particularly somewhere sunny for vitamin D and drinks on the beach. Luckily, for those who miss the action of the bunker industry while on holiday, many locations offer a complimentary bunker barge or two patiently waiting on the horizon. Here are our top 5 bunkering locations West to East that could be of interest to the bunker buyer both in the office and on a holiday.

Offshore Trinidad and Tobago
A convenient, although a relatively expensive location for vessels going towards USG or in the opposite direction is offshore Trinidad and Tobago. Figure 1 shows that owners recently paid a premium of $20-60/ mt to the regional hubs. Except local demand, vessels on longer-haul voyages that are low on bunkers can utilise this convenient option before continuing their voyage. Those who holiday in Trinidad, which also produces one of the hottest chillies in the world, can visit Pitch Lake, the largest natural deposit of asphalt and a popular tourist spot, the size of 80 football pitches holding 10 millions tons of asphalt. 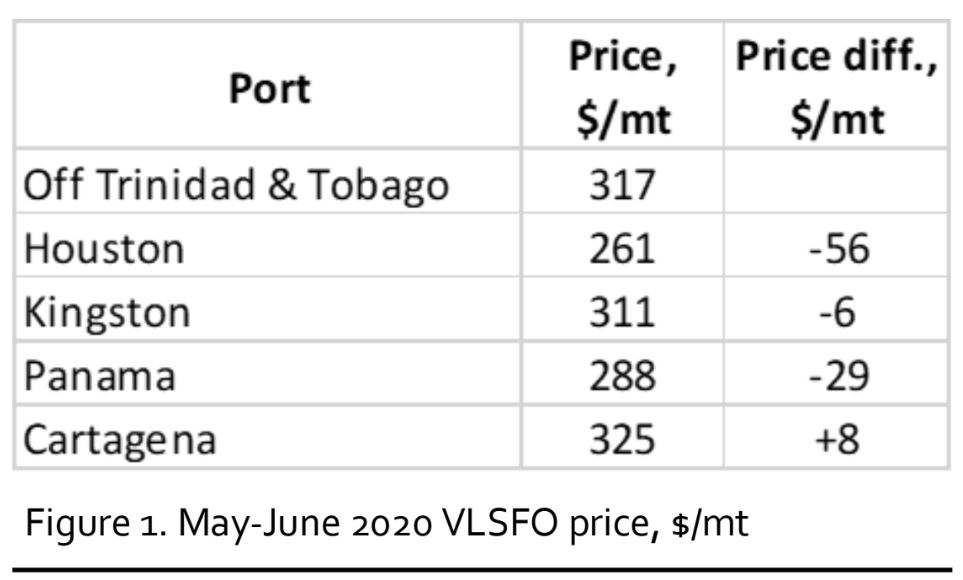 The English Channel
With another barge added to this region recently, the English Channel is gaining weight as a bunker supply location with Portland, Falmouth and the South Falls Head anchorage being the key areas. While unlikely to fully compete with ARA on the price and with the challenging weather at times, these locations still play an important role in the regional bunker supply, often used by the vessels with low LSMGO going into the ECA or when voyage orders change. With more suppliers present, the long-term premium of $20-50/mt to ARA may start getting reduced, increasing the attractiveness of the English Chanel locations for bunkering. Those going on a holiday around the South of England will find it hard to resist the temptation of ordering the classic dish of fish and chips in a family pub in a small coastal village after travel restrictions are lifted.

Kali Limenes
A small and less known location tucked in the middle of East Mediterranean on the beautiful island of Crete, stocking VLSFO and LSMGO. Figure 4 shows that Kali Limenes is not for those on a tight budget but can be helpful if a non-scrubber vessel critically needs bunkers or is heading towards the Suez Canal, which does not offer VLSFO yet. The beauty of this location is that bunkering takes you right down to the beach. With the crystal clear water and a tasty combo of souvlaki and a cold drink at the end of the day, is this Mediterranean paradise not worth paying the bunker premium for? 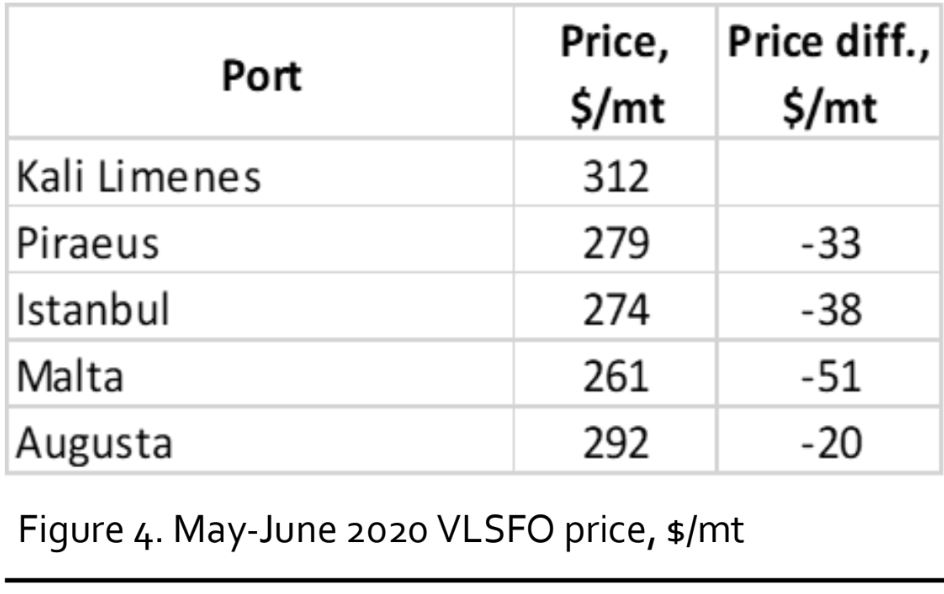 Port Louis
Moving slightly further east and south is Port Louis in Mauritius, which sits nicely on one of the busiest shipping lanes between East and West. It is known to have saved a number of owners from switching their vessels to wind power when Singapore VLSFO earlier this year was fully booked for weeks ahead. This option expectedly comes with a high price tag (Figure 6), not least because of the logistics of bringing the bunker fuel from Fujairah or South Africa. Just like Mark Twain wrote “Heaven was copied after Mauritius”, no picture can fully describe the beauty of this island. 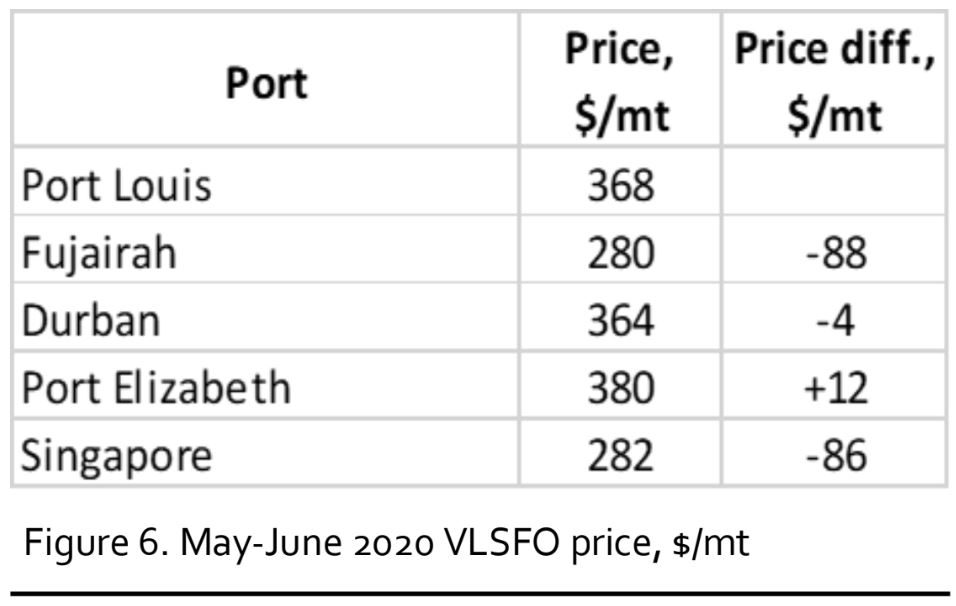 Hambantota
Appearing recently on the news, Hambantota is being developed as a port and a new bunker location in Sri Lanka. Just like Port Louis it is located on a busy shipping lane between East and West. The first bunker cargo was reportedly imported in early April, although no further development appears to have happened since. No wonder the project may have faced delays in the current environment but hopefully it will see further development soon. As a holiday location Hambantota is known for Walawe River (Figure 7) and Kumana National Park safari. With the pandemic hopefully over soon, these could be excellent places for your next getaway.
Source: Integr8 Fuels

Previous: Mumbai port handled 321 ships, 9 million metric tons of cargo during Covid-19 lockdown
Next: Why do containership stacks collapse and who is liable?