Benefitting from dramatically reduced emissions, the two new-build ships will replace three of North Sea Container Line’s (NCL) current diesel-powered vessels, which will be phased out of operations.
Technical management will be done by Wilhelmsen Ahrenkiel Ship Management, making them one of the first ship managers to gain experience and competence into the use of methanol as fuel on container ships.

By using the best available technology, Topeka’s ambition is to decarbonise shipping. The two new vessels will run on methanol, which is regarded as the best solution in this case, carrying heavy loads along the Norwegian coast and onward to the European continent, covering 3000 nautical miles with 18 000 deadweight tons. With green methanol, the two vessels offer a carbon neutral logistic solution from Norway to the European market. 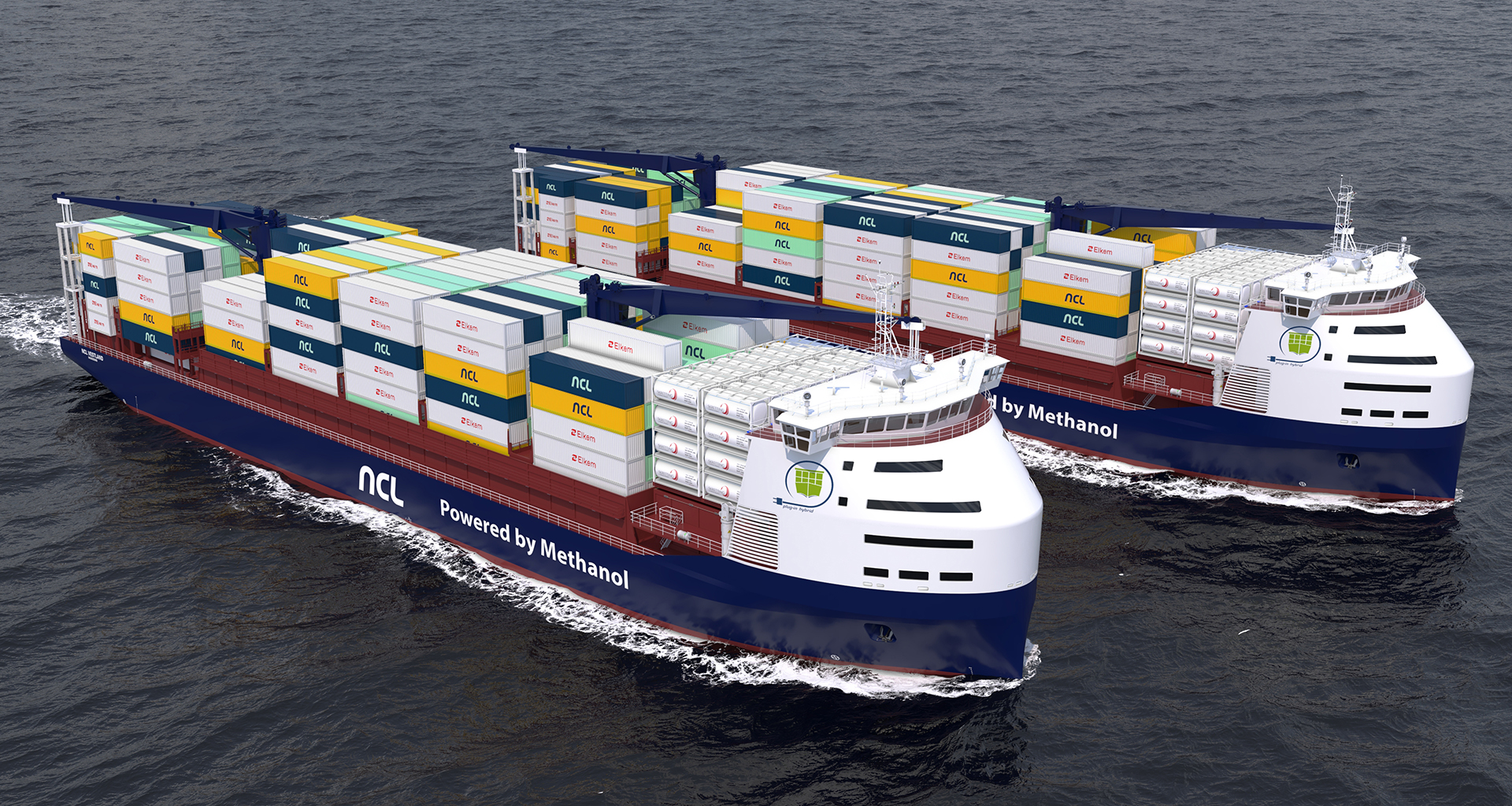 While methanol was selected as the best zero emission solution for this project, Topeka is also developing projects for cargo owners with other energy carries such as ammonia, pure hydrogen, or batteries. As an example, the Topeka project named “base-to-base” will use hydrogen and fuel cells.

Topeka is Wilhelmsen’s route to zero emission transport and supports the global maritime group’s ongoing commitment to shaping the maritime industry. This methanol project is an important steppingstone towards that aim, dramatically increasing green sailing distances. For reference, 3 000 nautical miles is a standard Atlantic crossing from England to New York.
Source: Wilhelmsen