As the year 2020 continues to deliver positive surprises for the container shipping sector, the gap between short and long term contract freight rates on the Trans-Pacific trade lane has never been wider. The stars are now aligned for carriers to achieve higher long term contract rates.

“Never before have we seen a gap this wide between spot freight rates and long term contract rates on the Trans-Pacific trade lane,” says BIMCO’s Chief Shipping Analyst, Peter Sand. 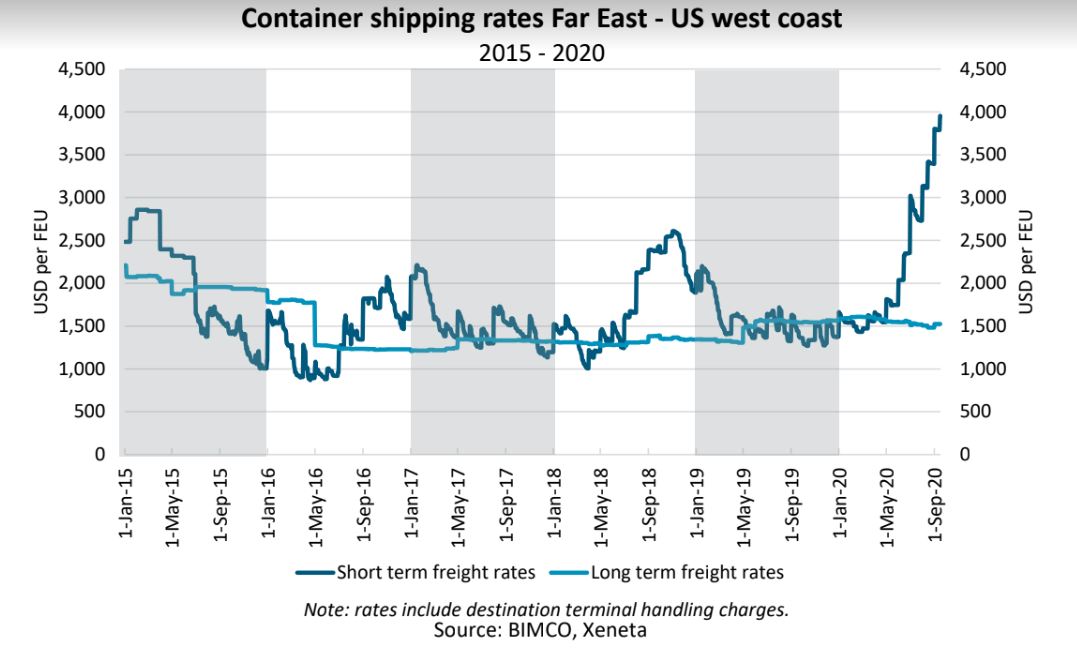 A significant rise in container volumes into the San Pedro Bay ports of Long Beach and Los Angeles on the US west coast, has pushed imports up by a staggering 13% and 18% respectively in August, compared to the same month last year. The rise stands in contrast to an average of 17% decline in container volumes in February, March and May this year.

Falling year-to-date volumes aside, a flood of cargoes like the one seen in August, which replaced a full blown drought of transportation demand earlier in the year, certainly brings opportunities.

“Now, more than ever, it is the carriers’ market. Carriers have successfully pushed through eight consecutive general freight rate increases in just five and a half months,”

“The coming weeks and month are likely to see higher long term freight rates when contracts are up for negotiations and renewal with cargo owners and shippers,” Sand says.
Source: BIMCO