Transhipment at the dolphins popular in Port of Rotterdam

The Port of Rotterdam Authority is going to install a new dolphin configuration and expand two existing dolphin configurations along the Rozenburg Peninsula in the Calandkanaal, as quite often all berths are taken. To attract new cargo flows, expansion is required. Transhipment at the dolphins and buoys in the port of Rotterdam increased from 16 million tonnes in 2014 to 20 million tonnes in 2019.

The installation is in line with the policy of the Port of Rotterdam Authority to modernise the port area and use it more efficiently. What is more, the Port Authority wants to retain its leading position in the crude oil, oil products and LNG segment and strengthen it further.

In 2015, the buoys in the Calandkanaal were replaced by dolphin configurations. In the design, extra dolphin configurations (Dolphins 81) to be added had been taken into account at the time. The project will be performed this year. Furthermore, some dolphins will be added to Dolphins 82 and 84, to expand the capacity and functionality. 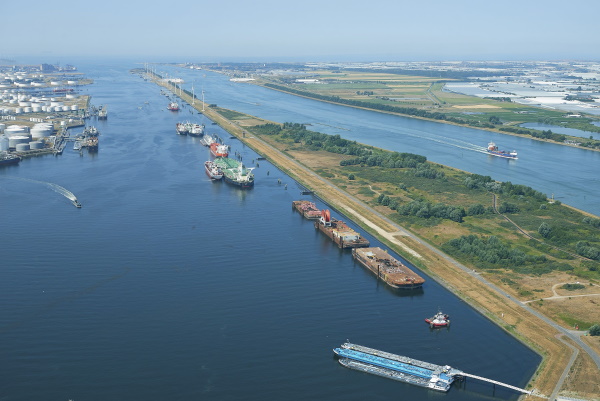 The new dolphin configuration 81 will be installed right before the first windmills on the Rozenburg Peninsula.

The dolphin configurations in the Calandkanaal are part of a total of 29 berths at buoys and dolphins in the port of Rotterdam. These provide facilities for flexible, efficient, and risk-free ship-to-ship (STS) transfer. The berths are an attractive addition to the transhipment options near the terminals and offer a safe alternative to STS on the open sea. Nowhere in Northwest Europe are there as many STS possibilities as in Rotterdam. Vessels of all sizes can moor at the buoys and dolphins 24/7, and reserving these online is easy. The berths are not only used for ship-to-ship transfer but also for bunkering and for repair and maintenance activities (in the hold or hull, for instance).

It is expected that De Klerk BV in Werkendam will install the new dolphins in the Calandkanaal this year.
Source: Port of Rotterdam