Transshipment of bulk cargo grew by 0.5 million tonnes (+9.9%). In particular, grain handing increased by 15.9%, coal — by 5%. When it comes to grain shipments, the upward trend of the recent 4 years continued in 2017 — the company handled 2.2 million tonnes of grain (+15.9%). In 2017, for the first time in the history of the dedicated grain terminal launched in 2010, grain shipments surpassed the 2 million tonnes mark. Steady growth of grain transshipment was driven by active demand continuing in export grain markets, high yield (with the delivery of new crop in August and September 2017 grain shipments surged by 115% and 82% accordingly), as well as a package of repair and preventive measures aimed to ensure efficient and smooth operation of the grain terminal. 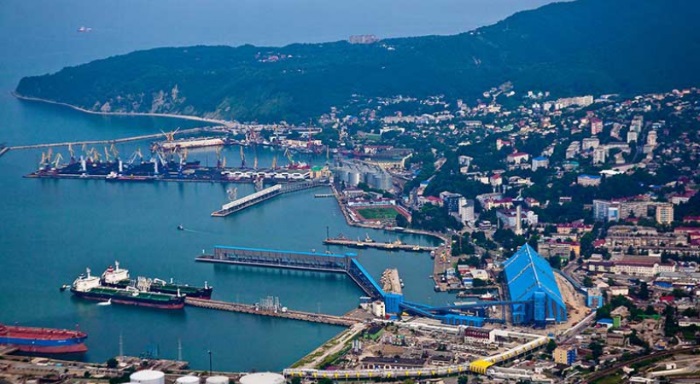 Coal shipments climbed by 5% to 3.1 million tonnes.
Transshipment of general cargo grew by 11%. Shipments of ferrous metal increased by 10.5% to 2.5 million tonnes (in 2016 — 2.25 million tonnes). While exports of slabs were flat, year-on-year, at 2.03 million tonnes, shipments of steel coils surged 9-fold to 0.3 million tonnes with exports of rolled steel having grown more than 1.5 times. The company expanded the range of ferrous metal with reinforcing steel and galvanized steel sheets. Steady growth of ferrous metal volumes from year to year is the result of successful cooperation with NLMK Group, the port’s strategic partner, focused on improving the efficiency of operational interaction. Besides, TSCP has been systematically implementing the programme of technical upgrading including modernization of berths and storage facilities, renovation of portal cranes and wheel-mounted equipment.

In 2017, TSCP handled the entire amount of oil products supplied for transshipment – 6.4 million tonnes (-9%, year-on-year).
Import cargo flow comprising fruit and vegetable cargo started recovery only in the fourth quarter of 2017 after the ban on supplies from Turkey was lifted. It totaled 36,000 tonnes.

The bulk of TSCP’s cargo turnover was represented by exports totaling 14.05 million tonnes (+0.2%) and accounting for 99.15%. Import cargo and coastal trade cargo accounted for 0.25% and 0.6% accordingly.