As Bajamar Express (Austal Hull 394) was departing Australia on her delivery voyage to the Canary Islands, she was joined by Queen Beetle (Austal Hull 396) undergoing sea trials, in an historic moment capturing two Austal trimaran ferries.

The two trimarans, designed and constructed by Austal Australia, are the latest designs of a proven hull form first developed for Fred. Olsen Express’ 127 metre Benchijigua Express in 2005.

Austal Chief Executive Officer David Singleton said it was a very proud moment for everyone at Austal Australia and supply chain partners to see two trimarans out on the water together.

“Our shipyards, supply chain partners and of course our customers are thrilled to see the results of all our hard work, showcased in these two impressive trimarans,” Mr Singleton said. 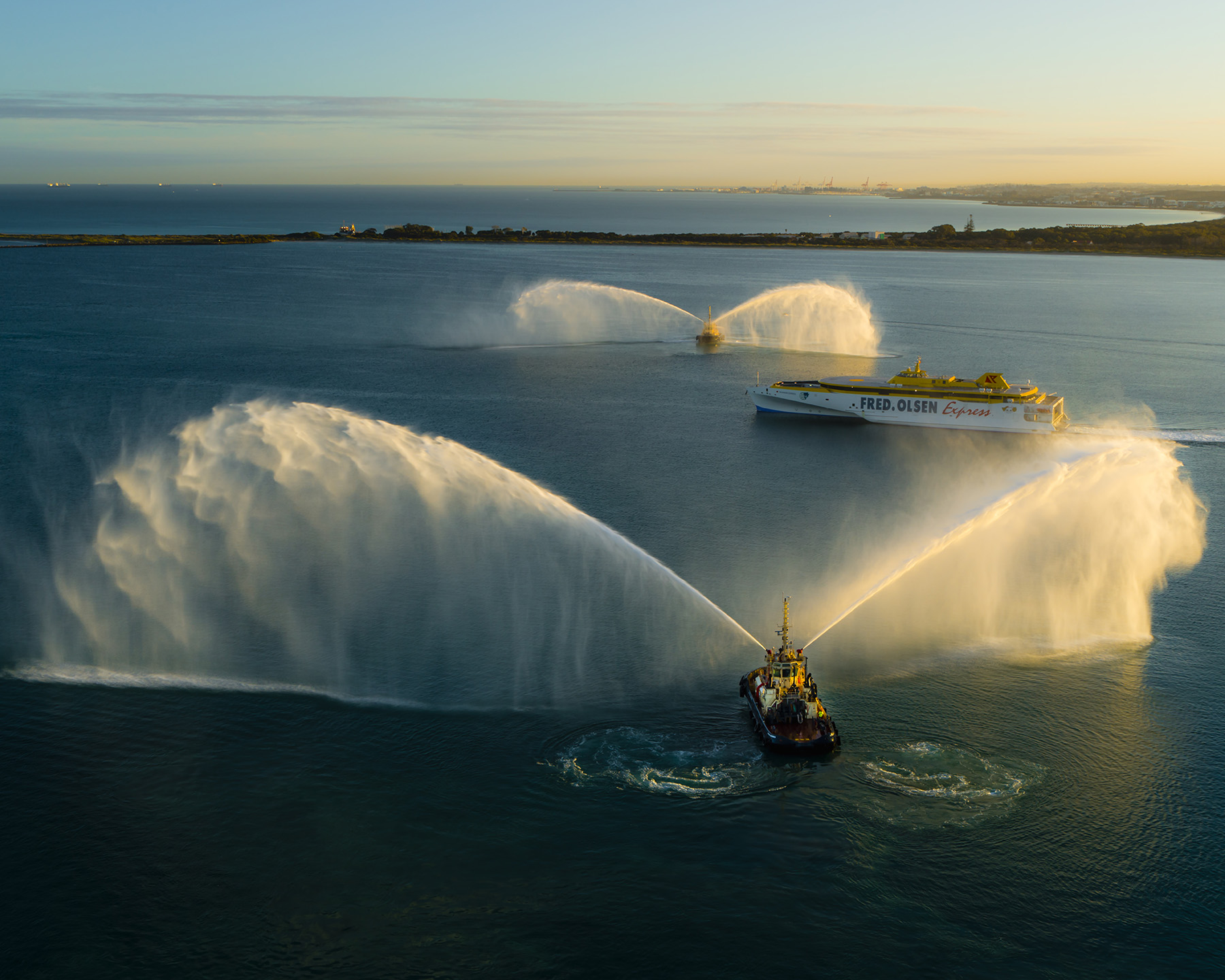 “Following the delivery of Bajamar Express to Fred. Olsen Express, we have a further nine trimarans under construction or scheduled at the company’s shipyards around the world; and Austal remains the only shipbuilder designing, constructing and sustaining large high speed trimaran ferries, globally.”

The enhanced seakeeping of the trimaran hull, coupled with Austal’s MOTION CONTROL SYSTEM and MARINELINK-Smart program ensure a smoother, more stable ride for passengers and crew in the most challenging of sea states.

When it commences services in the Canary Islands in August 2020, Bajamar Express will transport up to 1,100 passengers and 276 cars at cruising speeds of 38 knots; while the distinctively red-painted Queen Beetle will be able to transport 502 passengers across 2 passenger decks, at speeds of up to 37 knots on JR Kyushu Jet Ferry’s Fukuoka, Japan – Busan, South Korea route (schedule pending).