The UK Hydrographic Office has announced the appointment of Rear Admiral Peter Sparkes, the current UK National Hydrographer and Deputy Chief Executive, to the position of Acting Chief Executive and Accounting Officer.

Rear Admiral Sparkes will take this position whilst a permanent replacement is sought for Tim Lowe CBE, the previous Chief Executive and Accounting Officer of the UKHO, who announced his retirement on Friday, July 10.

Commenting on Tim’s retirement, Peter said: “On behalf of the Senior Leadership Team and all at the UK Hydrographic Office, I want to acknowledge and thank Tim for the significant personal and professional investment he has made in the business and our people. He should reflect with enormous pride on all that he has achieved during the last five years as the National Hydrographer and CEO.

“As Acting Chief Executive, I will continue to build on these achievements, working together with our executive committee, fantastic staff and partners to enable safe, secure and thriving oceans.”

Peter joined the UKHO as UK National Hydrographer in 2019, continuing his distinguished career in the Royal Navy. His previous appointments include Command of Her Majesty’s Ships CUMBERLAND and PROTECTOR, and he was responsible for the development and introduction of the Warship Electronic Charting Display Information System. Between 2018 and 2019, Peter also served as the Chief of Defence Staff’s liaison officer in the Pentagon, Washington D.C.

In his role as National Hydrographer, Peter has acted as the UK Government’s representative at the International Hydrographic Organization (IHO), working with partners to set and maintain standards that protect the safety of mariners around the world. In addition to this, he has overseen key international partnerships to support the sharing of global marine geospatial data. On behalf of UK Government, his teams have also delivered numerous hydrographic and capacity building programmes that help UK Overseas Territories and developing Commonwealth states to create safe and sustainable blue economies. 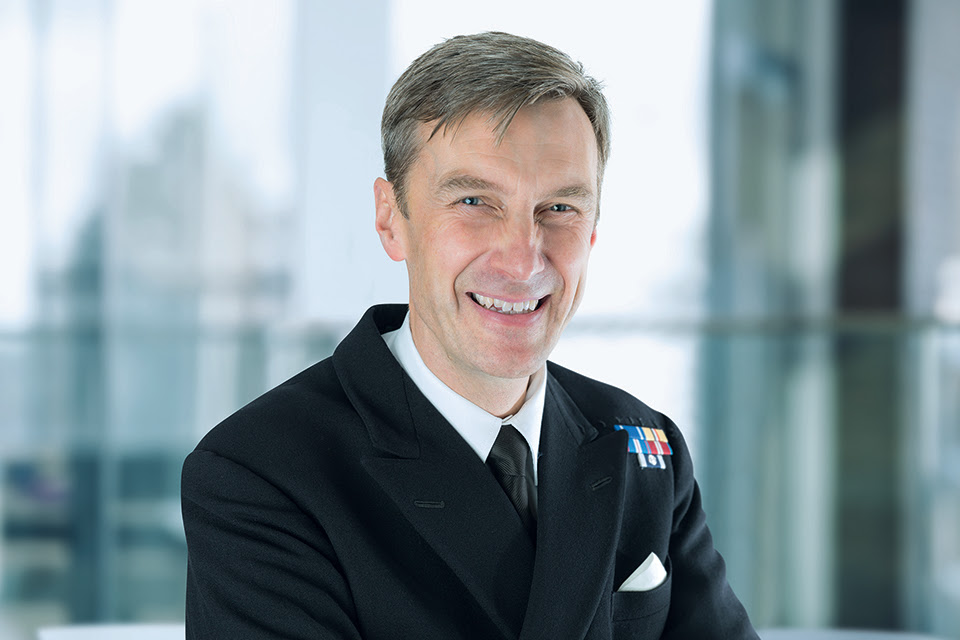