The UK Hydrographic Office (UKHO) has completed a seabed mapping survey for the Cayman Islands, uncovering information about the depth and nature of the seabed and its ecosystems. The data from the survey was presented to the islands’ government at an official handover yesterday.

Geospatial data from the six-month study, launched in November 2021, was undertaken through the UK Government’s Conflict, Security and Stability Fund (CSSF), under the Overseas Territories Seabed Mapping Programme. Data was gathered over the land and in the sea around the islands to depths of around 40 metres. The UKHO has worked across governmental departments including the Ministry of District Administration and Lands, and the Lands and Survey Department. 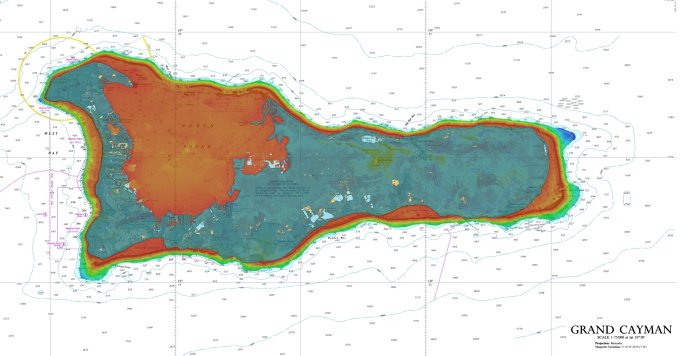 The data was shared with the Government of the Cayman Islands during an official handover by HE The Governor, Martyn Roper, to Hon. Juliana Y. O’Connor-Connolly, JP, MP, Minister for Education and Minister for District Administration & Land. The handover was conducted in the presence of Hon. G Wayne Panton, JP, MP, Premier and Minister for Sustainability & Climate Resiliency on behalf of the UKHO. The data will support the islands’ maritime trade and economic growth by shedding light on the seabed in the surrounding waters, enabling safe navigation and helping to drive the territory’s sustainable blue economy.

Martyn Roper, Governor, commented: “I am pleased that the UKHO programming to the value of £1.1 million over the last six years has culminated in this extensive survey project across all three islands. This data will not only improve the safety of navigation and international maritime compliance but can be used by a wide range of stakeholders to support our understanding, management and sustainable use of the marine environment, leading to informed policy decisions. Importantly, the data is also key to supporting the United Nations Sustainable Development Goals. My thanks go to the Ministry and Department of Lands and Survey for their continued cooperation with the UKHO.”

A small aircraft that used lidar data-gathering techniques was deployed twice daily for up to four hours to collect the data. The aircraft’s onboard survey equipment gathered information on water depth and land heights, while also capturing high-resolution images of the entirety of the three islands.

Meanwhile, the UKHO installed four tide gauges in the waters surrounding the islands. These gauges will collect tidal data that can be used by scientists to understand the impact of climate change on sea levels and to assist in marine conservation efforts. 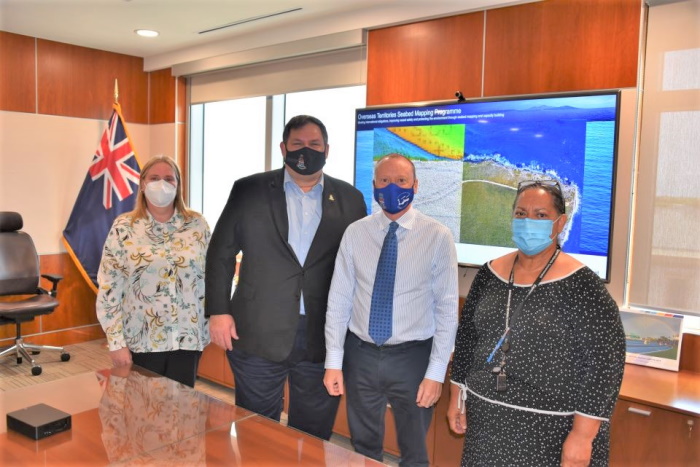 The UKHO collaborated with the Joint Nature Conservation Committee (JNCC) on this data collection project so that the data can also support their requirements for coral and seabed mapping. The data will also assist in the improvement of inundation modelling accuracy and support environmental resilience and security work in the Cayman Islands. This includes mapping the Islands’ vulnerability to storm surge and inland flooding and assessing the role and value of the natural environment (e.g. coral and seagrass habitats) in mitigating impacts. The JNCC is a public body that advises the UK Government on nature conservation, both in the UK and overseas, including monitoring and mapping the marine and terrestrial environment.

Recognising the benefits in working together, UKHO and JNCC collaborated on the survey to ensure it met the needs of both organisations for hydrographic data and habitat mapping. This not only reduced the cost of the project, but also the carbon footprint through doing just one survey and arranging travel for only one team.

Amanda Gregory, Senior Overseas Territories Adviser at JNCC, stated: “We were delighted to work together with UKHO and the Cayman Islands as part of our CSSF programme to support the assessment of how nature can support flood protection.”

2022-06-17
hellenicshippingnews...
Previous: Look out for fuel leaks and unshielded hot spots in engine rooms
Next: GAC Norway onboard research programme to accelerate decarbonisation