The UK Hydrographic Office (UKHO) has conducted a seabed mapping data survey in Montserrat to improve the safety of navigation around the island and to help with understanding, managing, and protecting its marine life.

For this project, funded by the UK’s Conflict, Security and Stability Fund (CSSF), the UKHO worked alongside the Montserrat Hydrographic Survey Team to collect data from the waters around the island. This information can be used to assist with inundation mapping, which supports disaster resilience and planning, as well as by environmental departments to update habitat maps and the Royal Navy for relief efforts.

The UKHO data survey team returned to the UK in early September after spending four weeks gathering information from Montserrat’s nearby waters. The team will now validate the data, before updating any of its navigational products that cover the waters around Montserrat.

The seabed mapping data survey is the latest in a series of projects where the UKHO, through its Overseas Territories Seabed Mapping Programme (OTSMP) has collaborated with authorities in Montserrat, a British Overseas Territory. During the past six years, the OTSMP supported local authorities to improve their compliance with international maritime obligations and provided equipment and expertise to undertake seabed mapping surveys.

This latest survey is one of the three workstreams that the UKHO and Montserrat Hydrographic Survey Team have worked on in the 2022/23 financial year. They are also carrying out a Hydrographic Action Plan Review and installing a Marine Environmental Monitoring Station.

Following Montserrat’s attendance at the Hydrographic Governance seminar held at the UKHO three years ago, draft governance implementation plans were developed to identify areas of improvement that would support the island’s aim to meet the IMO Instruments Implementation Code. The UKHO reviewed the plans in the 2020/21 financial year and subsequently created an action plan. 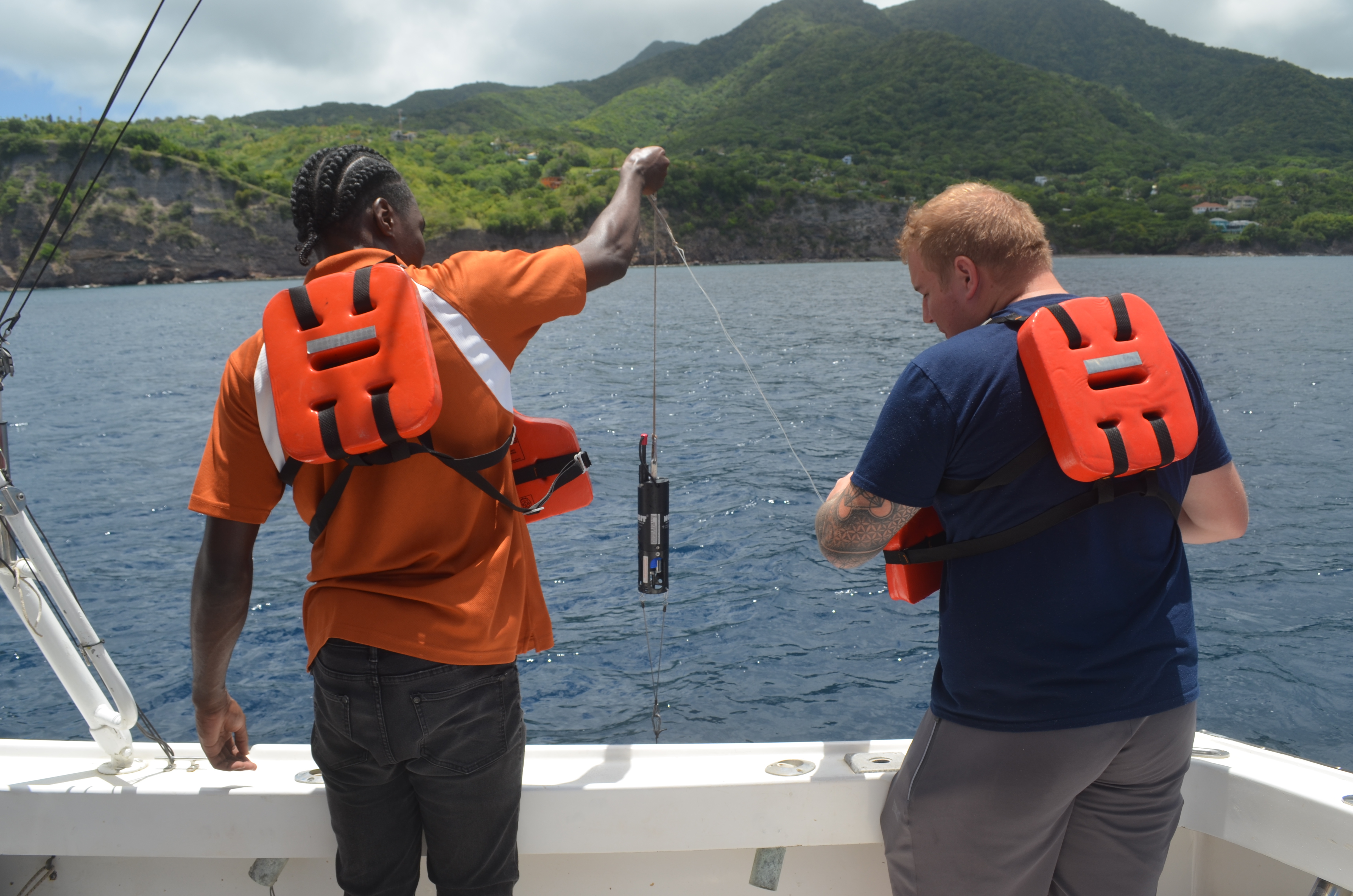 The UKHO OTSMP Programme Manager visited Montserrat from 22–26 August to review the Hydrographic Action Plan with maritime stakeholders, highlighting completed actions and identifying work that needs to be done. The updated plan is now with the Montserrat Maritime Authority, to continue its good work towards compliance.

Elsewhere, a Marine Environmental Monitoring Station will be installed on the existing jetty at Little Bay in Montserrat to collect tidal data later this year. Tracking the rise and fall of tides over time is key to refining the modelling and prediction of tides.

The Montserrat Hydrographic Survey Team will receive information from the monitoring station to support its data collection operations. The station’s data will also be freely available on the Intergovernmental Oceanographic Commission’s website and linked to the regional Early Warning and Migration Systems for tsunamis just after installation later this year. The scientific community can use this data to understand sea levels over time and any related impact on climate change. The information is also available to local stakeholders, who can share it to enable the safe passage of vessels and secure marine operations.

Sarah Tucker, Governor of Montserrat, said: “The UKHO, through the CSSF, has continued to provide a wide range of support in Montserrat for six years, culminating in this year’s programming. The seabed mapping of the eastern side of the island will replace data last collected in 1867.

“Montserrat is the only UK Overseas Territory with its own cross-government hydrographic survey team capable of collecting data that enables informed decisions to be taken in the maritime environment. This is a fantastic achievement by everyone. I commend the Ministries and their public servants who continue to fully engage in this important work for Montserrat.”

Kerrie Howard, Hydrographic Programme Manager at the UKHO, said: “For the past six years, we’ve worked closely with Montserrat’s authorities to collect data that enhances navigational safety around the island and protects its environment and marine life. The joint survey between the UKHO and Montserrat reinforces the ongoing collaboration and commitment of the UKHO to ensure that Montserrat authorities are able to survey their waters to international standards.”
Source: UK Hydrographic Office