Today, Ukraine is among the top-5 countries that supply qualified personnel to the international maritime labor market. Many foreign employers value Ukrainians for their professional skills: for many years our seafarers have successfully worked on ships of foreign shipowners.

In addition to the seafarers’ personal contribution, the development and well-being of the Southern region is greatly influenced by a well-developed maritime infrastructure, represented by over 350 manning agencies, medical and training centers and other maritime institutions and organizations. 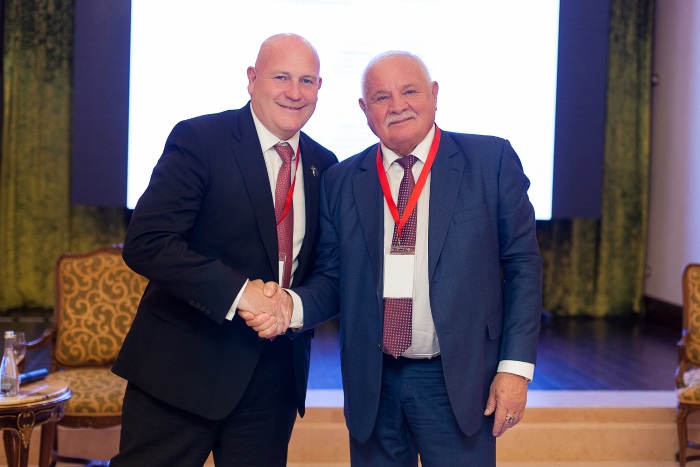 Ukrainian seafarers work on ships all over the world. However, there exists a great number of potential employers that are not fully aware of the advantages and prospects of Ukraine as a country that trains professional personnel to the international maritime shipping.

In order to change the situation, in 2018, the Marine Transport Workers’ Trade Union of Ukraine for the first time initiated the Europe-Asia Maritime Summit, which became a platform for presenting Ukrainian seafarers and Ukraine to a wide range of potential employers.

“We created such a pilot project last year, and it found a broad response not only among our trade union colleagues around the globe, but also among shipowners. Foreign employers are interested in Ukrainian seafarers, as in competitive, hardworking, highly skilled and well-trained specialists with worthy experience, who honor good maritime traditions,” noted Oleg Grygoriuk, MTWTU First Vice Chairman. “Last year’s Summit brought to Ukraine a number of companies and that resulted in creation of 400 new workplaces for Ukrainian seafarers. That is why, looking at the results, today we continue highlighting the advantages of Ukrainian mariners, the new opportunities in maritime education; we voice why Ukrainian seafarers are attractive to the world labor market, inform about the MTTWU projects and, in particular, about the project to prevent criminalization of Ukrainian seafarers.” 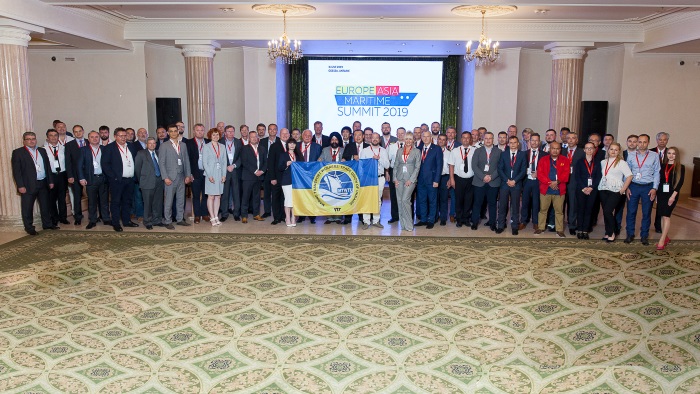 The second Europe-Asia Maritime Summit was held on June 3, 2019 in Odessa. The event was attended by the General Secretary of the International Transport Workers’ Federation Stephen Cotton, representatives of the ITF affiliates from Japan, Singapore, Germany, Norway, the Philippines and India, representatives of shipowners and their associations from Norway, the Netherlands and Japan, representatives of the Ministry of Foreign Affairs of Ukraine, the Maritime Administration of Ukraine, the Inspectorate for Training and Certification of Seafarers, leading maritime higher educational institutions of Ukraine, seafarers’ recruitment and placement agencies, as well as the Union members – Ukrainian seafarers.

At the Summit, the Union’s task was to present Ukraine as one of the leading countries supplying personnel for the world shipping, as well as to show the foreign shipowners the advantages of Ukrainian seafarers, to promote them in the global maritime labor market. And that was the topic of the key Summit presentation, given by Oleg Grygoriuk, MTWTU First Vice Chairman.

The main advantages of Ukrainian seafarers can be divided into three categories: professional, cultural and geographical.

The first category includes seafarers’ high level of training and technical skills, the ability to perform several tasks simultaneously, flexibility and quick learnability of Ukrainians. Furthermore, the Ukrainian maritime educational system is a mixture of traditional and innovative training. Many shipowners note a high level of knowledge of math and physics, which is undoubtedly one of the trumps of our seafarers. According to some research, low injury rate on board is another feature of Ukrainian seafarers. 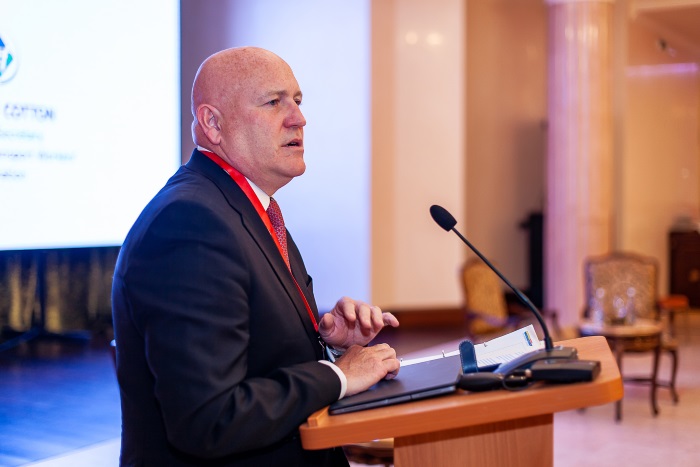 Ukrainian seafarers are known to be hardworking, loyal and tolerant towards other nationalities – in other words, Ukrainians easily find common language with other crewmembers and rarely come into confrontation that allows maintaining positive interpersonal relations onboard.

Among the geographical advantages are Ukraine’s location and the absence of visa regime with the Schengen countries, which make our country more mobile and thus ‘convenient’ for the employer. Besides that, our seafarers are capable to work in unfavorable weather conditions, which is rather difficult, for example, to their Asian colleagues. However, the absolute majority of workplaces are today occupied by Asians – Filipinos, Indians and Chinese.

Ukrainians today occupy only 686 workplaces out of 14,500 onboard the FOC ships of Norwegian shipowners *

Among the 9,800 workplaces onboard the NIS vessels (Norwegian 2nd Register), only 190 are occupied by Ukrainian seafarers *
* NSA report data 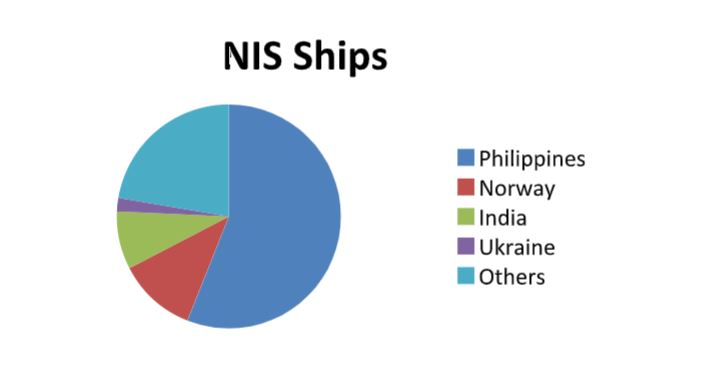 Despite that we seem these advantages obvious, many shipowners’ were sincerely surprised, having made new discoveries, which, in fact, was the main task of the Summit. The more attractive Ukrainian seafarers are to their potential employer, the more workplaces will be created for them; the more opportunities will appear to be manned by a prestigious company, offering decent working conditions and high pay – the more investment Ukraine will receive for maritime education.

In the face of fierce competition

Moreover, through the memorandums, the Union increases attractiveness of Ukrainian seafarers for the potential employers. One such example is the memorandum concluded with KVNR, which provides for more competitive level of wages for Ukrainian ratings. Thanks to this agreement, the Dutch shipowners began to look more closely towards our ratings. 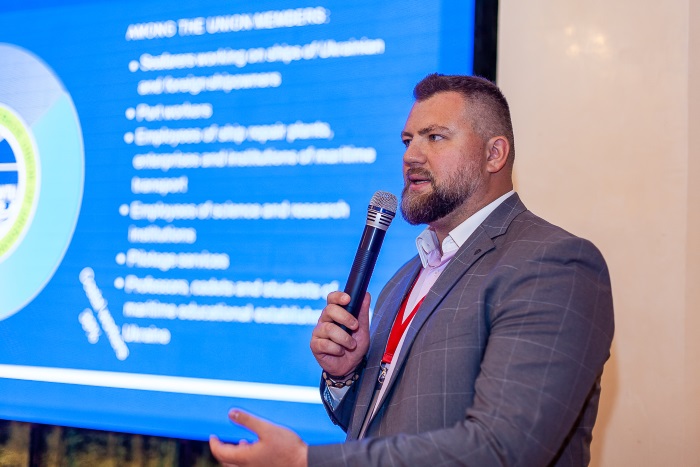 In addition, Ukrainians have shown themselves as a nation that very quickly responds to changing market needs. Thus, during the recent rapid upturn in offshore industry, Ukrainians were able to immediately respond with qualified seafarers for offshore vessels.

According to Johnny Hansen, President of The Norwegian Seafarers’ Union, about 13% of Norwegian shipowners are involved in the offshore segment, and when the industry recovers, Ukrainians will once again occupy a worthy place in this market. Furthermore, the prospect for our seafarers is represented by the passenger fleet market, which at the moment shows stable development.

The second Europe-Asia Maritime Summit undoubtedly became one of the key events in the maritime life of Odessa and the whole country. During the Summit, each participant could ask a question, express his opinion and share experience. It is important to note that such a high level couldn’t have been achieved without the comprehensive support of the International Transport Workers’ Federation and its affiliates. Exactly through the constructive dialogue and high prestige both at the international and national levels, the MTWTU now has the opportunity to organize such events.

The ITF General Secretary Stephen Cotton highly commended the work of the MTWTU, “Today, in Ukraine there operates the only maritime organization, affiliated to the International Transport Workers’ Federation. And this is the Marine Transport Workers’ Trade Union of Ukraine. Under the competent guidance of its Chairman, Michael Kirieiev, who is also a member of the ITF Executive Board, the MTWTU has overcome the way from a post-Soviet union to a modern social services provider, a labor rights guarantor, which worthily does everything to increase the number of workplaces for Ukrainian seafarers in the world industry,” Stephen Cotton emphasized.

The outcome of the Summit was the adoption of the Resolution, where the participants supported the active efforts of the MTWTU aimed at the prompt Ukraine’s ratification of the MLC, 2006 and Seafarers’ Identity Documents Convention (Revised), 2003 (№ 185); the Union’s project aimed at preventing seafarers’ involvement in maritime crimes, and also the need to conclude an agreement on the mutual recognition among member states of certificates held by seafarers.
Source: Marine Transport Workers’ Trade Union of Ukraine