The UN Secretary General has been urged by global industrial and shipping leaders to persuade his 193 member states to act urgently to avoid a “humanitarian crisis”, with over 200,000 tired, mentally-stretched seafarers currently stuck working on vessels across the globe and unable to be relieved of their duties.

The letter explains that “There are now over 200,000 seafarers onboard vessels worldwide who have completed their contractual tour of duty, but have been prevented from returning home. Many of these seafarers will be experiencing adverse effects on their mental health and reduced ability to safely perform their roles in the face of increasing fatigue.”

“Additionally, stringent restrictions imposed by many countries, including denial of shore leave and access to essential medical assistance, is contributing to fatigue and exhaustion. We are concerned about suicide and self-harm amongst this vulnerable population of workers.” 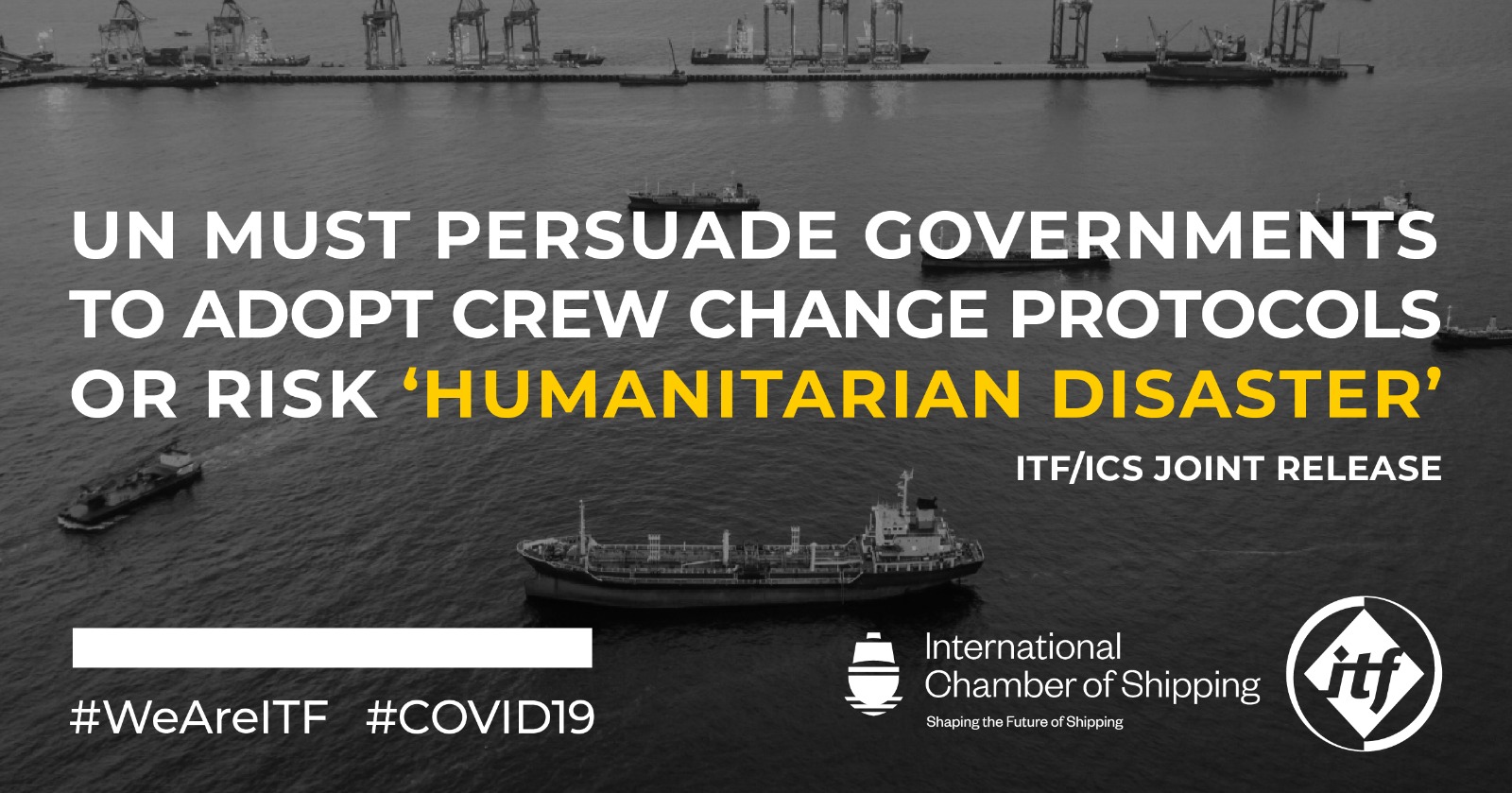 The letter highlights the responsibility of governments to adhere to the UN Guiding Principles on Business and Human Rights, in which states have a duty to protect human rights that are ‘built on the fundamental obligation of governments to protect rights-holders, which applies both under normal circumstances and at times of crisis.”

While there has been engagement from some national governments, taking positive steps such as by designating seafarers essential workers. This provides a blueprint for other nations on what steps can be taken to resolve this issue.

As thousands of seafarers face exhaustion at the helm of critical supply routes, the clock is ticking for governments.

The industry had previously agreed with workers’ representatives to two contract extensions beyond the usual regulated period for time onboard due to Covid-19, the leaders say this is “not a sustainable solution”.

“Time is running out. We ask action be taken immediately, ahead of 16 June 2020 – the final agreed deadline to implement crew changes for our seafarers.”

“There are 200,000 seafarers out there right now desperate to get home to their own beds, see their families and hug their kids. They’ve been stuck on these ships, keeping global trade running since this pandemic blew up. Enough is enough – they have earned their ticket home. Now governments must make that happen.”

“It’s time for governments to open their hearts, and open their borders, to the world’s seafarers. The alternative is exhausted crews and the shutting down of global trade. The world can’t afford that.”

“We have addressed the letter to UN Secretary-General António Guterres to signal the seriousness of this situation. Seafarers have stepped up to keep countries supplied. We now need governments to recognise this commitment by facilitating crew change for these key workers.

“Since the onset of the crisis, the well-being and safety of our seafarers has been our number one priority. While progress has been made, and limited numbers of crew changes have occurred, there is a pressing need to increase the speed and scale at which national governments adopt the crew change protocols.

Every day that governments fail to adopt these protocols, and fail to enable crew changes, they neglect to recognise the sacrifice made by seafarers on behalf of their populations.”

As travel restrictions swept across global economies, trade continued thanks to 1.2 million seafarers onboard ships across the world. This commitment to keeping supplies of food, fuel and goods, including vital medical supplies, has enabled governments to focus on the COVID-19 pandemic in their countries. What stopped however, was the ability of nation states to allow crews to safely rotate on and off ships at ports and return home to their countries of origin.

Having identified crew change as the most significant threat facing supply chains at the onset of the crisis {LINK}, the shipping industry converged to produce a set of globally applicable protocols for national governments.