Oil demand will be marred with uncertainty for years to come, as the world gradually moves away from fossil fuels. The rate of the shift and its difference from country to country and even region to region, will constantly alter demand for tankers, in what appears to be the beginning of a rather challenging era for the wet sector.

In its latest weekly report, shipbroker Gibson said that “earlier this month the International Energy Agency (IEA) released its long-term energy outlook, demonstrating different paths for future energy market developments. Four scenarios were introduced. The Stated Policies Scenario (STEPS) is based on announced policies so far to date and assumes the pandemic is brought under control in 2021. The Delayed Recovery Scenario (DRS) is similar but assumes a prolonged pandemic. The Sustainable Development Scenario (SDS) acknowledges that today’s plans and policies for the future are insufficient to reach sustainable climate goals. It essentially works backwards from these goals, examining what actions would be necessary to achieve sustainability. Finally, the Net Zero Emissions by 2050 (NZE2050) case setsout an action plan for the next ten years to reach net zero CO2 emissions by 2050”. 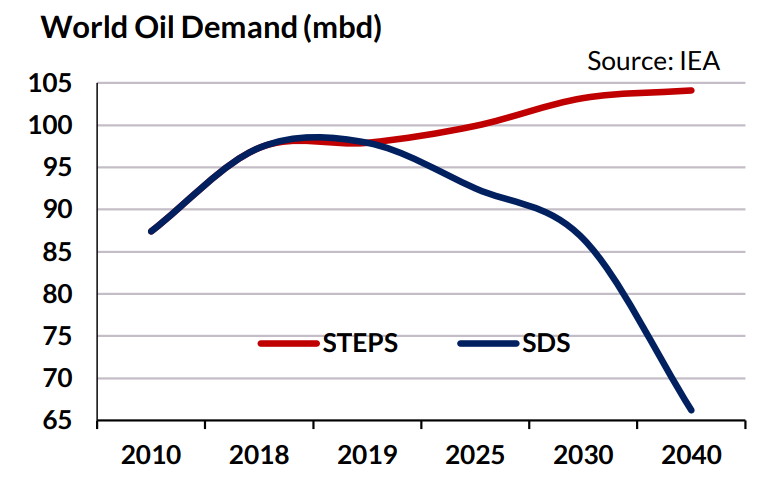 According to Gibson, “the analysis shows that in absence of large changes in current policies, it is still too early to expect a rapid decline in oil demand. In the STEPS, global oil demand grows by around 5 million b/d in 2021, reaching pre-pandemic levels by 2023. Thereafter, consumption increases by around 0.7 million b/d per annum through to 2030 and then slows dramatically to just 0.1 million b/d to 2040. In advanced economies, oil demand never recovers back to 2019 levels, most notably in the EU, where it declines from 10 to 5.6 million b/d between 2019 and 2040 due to ambitious environmental policies. However, this is more than offset by rising demand in developing countries and robust demand from the petrochemical sector. In the STEPS, the IEA also expects US tight oil to return to 2019 levels by 2022. Yet, the agency acknowledges that there is great uncertainty to this path, which depends on the ability of shale producers to secure the financing required for further growth. Total North American crude production increases by 4.2 million b/d by 2030, driven by US shale, and then eases back by 1.6 million b/d by 2040. Crude production in Central and South America sees robust gains over the outlook horizon, up by 3 million b/d between 2019 and 2040. In contrast, supply in Europe, Eurasia, Africa and Asia Pacific declines by 5.7 million b/d over the same period, suggesting that there could be a growing reliance on the Middle East crude in the long term”. 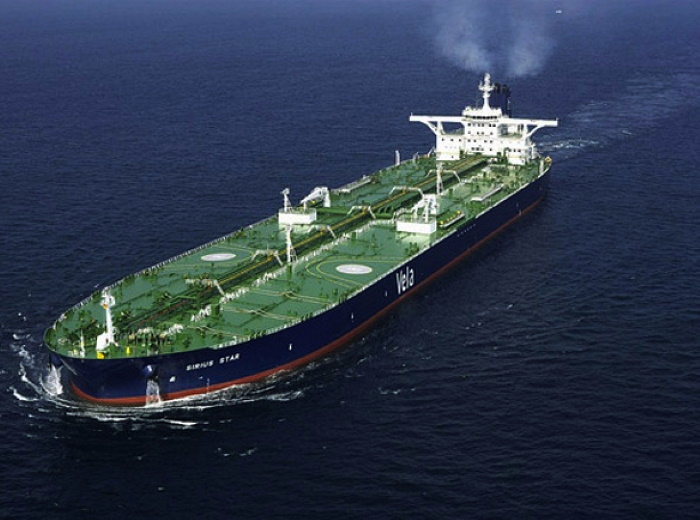 “In the refining sector, more than 6 million b/d of new capacity is scheduled to come online between 2019 and 2025, while demand for oil products is projected to increase by just 2 million b/d in the STEPS and even lower in all other cases. This is expected to put huge pressure on older and less competitive refineries, with 14% of current capacity in the advanced economies being under threat. In contrast, refineries in Asia and the Middle East are likely to continue to expand and could become the largest global refining centres”, the shipbroker added.

“Despite slower growth in oil consumption, the STEPS scenario paints a positive picture for tanker demand over the next twenty years, with growing distances between key crude producers, refining hubs and countries of growing consumer demand. However, the IEA cautions that this is not a forecast, rather a possible pathway. The outlook for energy is very different in the SDS case. Here, oil demand falls by more than 11 million b/d between 2019 and 2030 and by another 19 million b/d by 2040, although the IEA admits that this is ambitious and based on assumption of an additional investment of $1 trillion a year between 2021 and 2023 directed towards achieving climate goals at a time when the world is recovering from the pandemic. Yet, there is a political will and environmental pressures will only intensify going forward. The stark differences between the two possible pathways clearly illustrate how uncertain the future is, not just for oil but for tankers as well”, Gibson concluded.
Nikos Roussanoglou, Hellenic Shipping News Worldwide