UNCLOS and IMO – 40 years of cooperation

The linkages between the United Nations Convention on the Law of the Sea (UNCLOS) and IMO were explored during an event held on 28 November at IMO Headquarters to mark 40 years since the “Constitution for the Oceans” was adopted in 1982.

IMO was established in 1948, and when UNCLOS was adopted, the IMO already had in place a comprehensive body of international conventions covering safety, efficiency and environmental performance of international shipping, as well as search and rescue and liability and compensation.

“That is why many articles in UNCLOS refer to legal frameworks developed by a competent international organization. States negotiating the Constitution for the Oceans recognized IMO’s role and experience in these areas. IMO treaties are referred to in many provisions of UNCLOS,” said IMO Secretary-General Kitack Lim in his opening remarks. 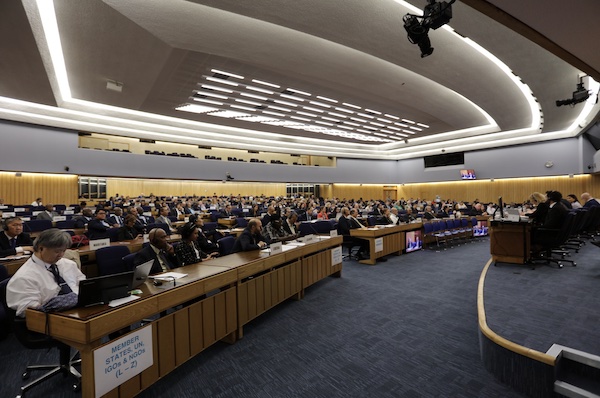 The event was structured around two panels addressing the forty years of cooperation between IMO and UNCLOS, IMO’s contribution to the implementation of the Convention, and the present and future challenges for UNCLOS in the context of new developments at IMO.

The UNCLOS “rules of reference”, which establish IMO as the “competent organization” for matters relating to ships safety and prevention of pollution from ships were highlighted by several of the panelists who spoke on UNCLOS’ past and future.

“It is important we all act as one – as parties to IMO treaties and to UNCLOS,” said Ms. Fernanda Millicay, Minister, Permanent Representative of Argentina to IMO.

Mr. Vladimir Jares, Director, Division for Ocean Affairs and the Law of the Sea, Office of Legal Affairs, United Nations, said that UNCLOS was a package deal, balancing the interrelationship of very complex issues. New maritime technologies such as maritime autonomous surface ships would bring challenges and opportunities. 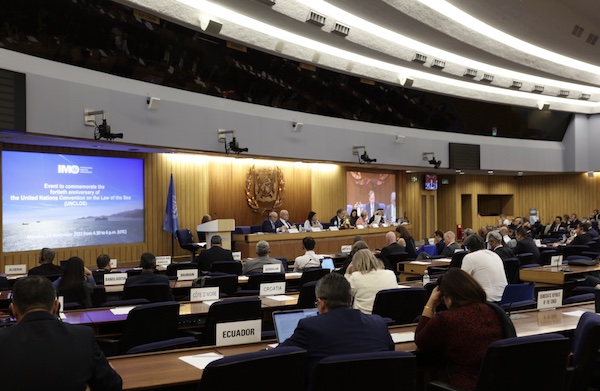 Judge Tomas Heidar, Vice-President, International Tribunal for the Law of the Sea (ITLOS) outlined ITLOS role and noted that while UNCLOS had never been formally amended, two implementing agreements had been adopted and UNCLOS Parties were now working towards a new treaty on conservation and sustainable use of marine biological diversity beyond areas of national jurisdiction (BBNJ).

Judge David J. Attard, International Tribunal for the Law of the Sea further highlighted IMO’s important and vital role in the progressive development and codification of international maritime law within the framework of UNCLOS. 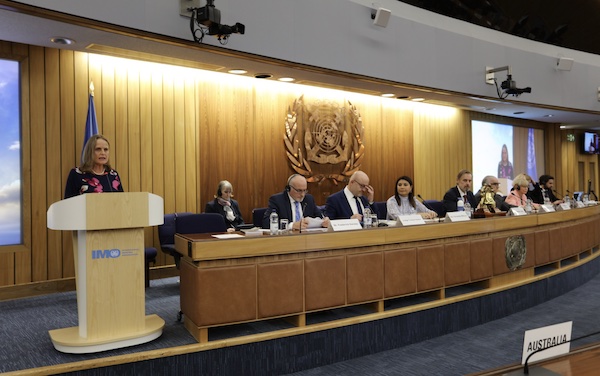 IMO has taken measures to prevent fraudulent registration, but the practice continues. Certificates not legitimately issued by the flag State endangers vessels and crew and increases risk of harm to the environment. Ships with false certificates may be involved in illegal activities such as illegal, unreported and unregulated fishing and evading sanctions. This shows the relevance of IMO’s work to the integrity of the UNCLOS regime, Ms. Grant said.

UNCLOS was formulated to cover both past and future rules and standards, said Professor Malgosia Fitzmaurice, Professor of Public International Law, Queen Mary University of London. When it comes to protecting the marine environment, UNCLOS says States “shall” take all measures necessary (Article 194). Further, “UNCLOS and IMO provide a legal structure to further protect the oceans through giving oceans legal status and the fundamental right to be protected,” she said, referencing proposals to develop a Universal Declaration of Ocean Rights.
Source: IMO