US Banks See Core Earnings Pressure in 2021 Despite 4Q Upside

The benefit to earnings from reserve releases during the quarter is in large part a consequence of Current Expected Credit Loss (CECL) accounting, despite the expectation for increases in net chargeoffs in 2H21. Further reserve releases are possible if economic forecasts continue to improve from banks’ current models, which could stem from additional stimulus or reduced downside risk in the economic outlook, and may continue to boost reported earnings throughout 2021.

Results have also been aided by another quarter of strong capital markets activity, which helped offset the effects of lower rates and lower average loan balances that continue to be a headwind to net interest income and overall pre-provision net revenue (PPNR). As shown below, those banks with less capital markets-related revenue have generally enjoyed higher levels of PPNR over the last few quarters while those banks with more tradional activities have seen PPNR levels pressured and well below levels seen in 2019. 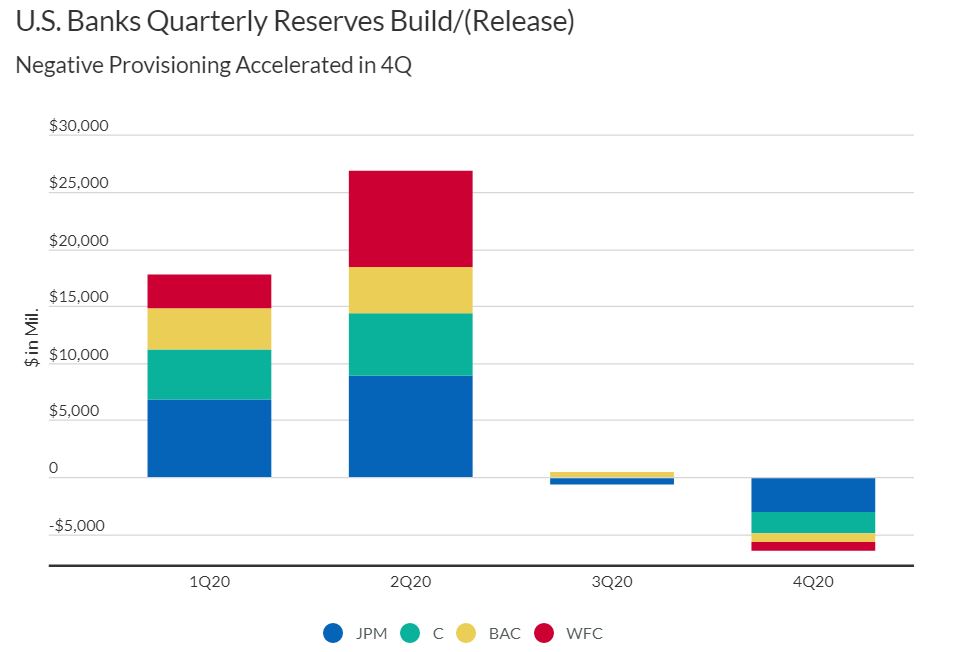 Positively, Fitch obverses that regulatory capital ratios, as well as credit quality, remained strong during the quarter. Continued paydowns in commercial loans, coupled with further positive retained earnings from the lack of share buybacks, have continued to support capital ratios. Notably, most banks have announced the intention to restart share buyback programs in 1Q21 as allowed under the Fed’s updated rule. Meanwhile, further government stimulus should continue to mitigate credit losses levels well into 2021 as consumers de-lever.

However, nonperforming loans have risen, led by commercial real estate and loans to sectors negatively impacted by regional virus-related shutdowns. As such, Fitch expects highly rated banks to remain measured in capital distributions throughout 2021, given the continued economic uncertainty that could ultimately impact credit losses, particularly in in areas and sectors of the economy most affected by the pandemic. 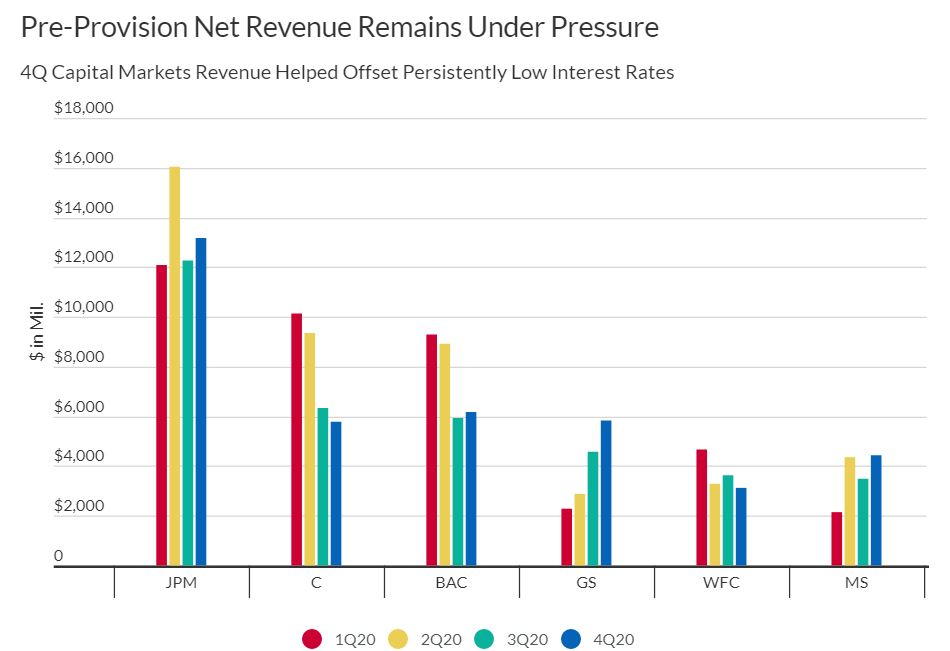 Meaningful upside to U.S. bank ratings is not expected in 2021, given the expectation for relatively depressed earnings for the foreseeable future, despite the anticipated economic recovery from the rollout of mass vaccinations, recently passed stimulus and potential additional stimulus. Still, Fitch notes that large U.S. banks’ performance throughout the pandemic and expected performance into 2021 support its stable sector outlook for the year and likely ease near-term pressure on ratings amid volatility of ratings and earnings.
Source: Fitch Ratings