US manufacturing order books and inflation pressures are softening

The June US ISM manufacturing index has dropped to 53.0 from 56.1 (consensus 54.5) with new orders heading into contraction territory at 49.2 versus 55.1 previously – remember 50 is the break-even level with anything above in expansion and anything below signaling contraction.

Weaker orders look concerning
For now, production is holding up with the component index rising to 54.9 from 54.2, but with new orders contracting and the backlog of orders moderating (53.2 from 58.7) the direction of travel isn’t looking good. Employment was also very soft at 47.3 versus 49.6 last time. Admittedly there are still a huge number of job vacancies in the sector, but such a poor figure will draw the conclusion that companies are becoming more pessimistic on their prospects. The ongoing weakness in the Chinese PMI doesn’t bode well for the activity outlook either given the nature of global supply chains. 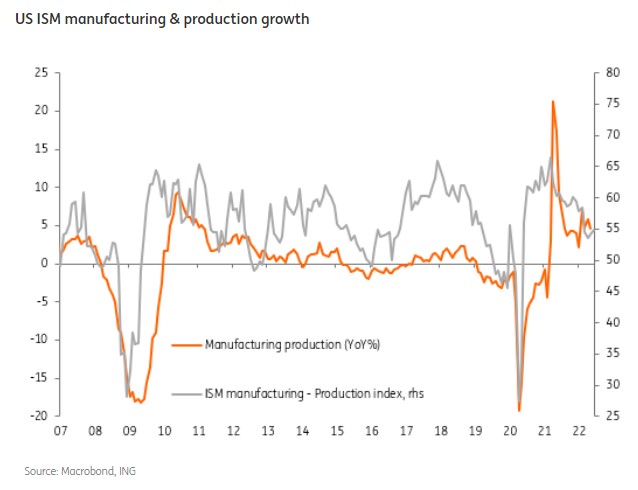 Slowdown worries are spreading
There are some positives on the inflation side with prices paid slowing for the third consecutive month while supplier delivery times moderated, suggesting production bottlenecks are easing. Nonetheless, this report is unlikely to improve the mood ahead of the weekend.

Slowdown worries have already been highlighted this week by the large downward revisions to consumer spending data and the outright contraction in May and today’s manufacturing numbers suggest that weakness is spreading to other parts of the economy. This won’t deter the Fed from hiking aggressively in the near-term given their clear aim of getting inflation lower. However, it could contribute to less aggressive action later this year and increase the chances that the Fed ends up reversing course and starts cutting interest rates again in summer 2023. 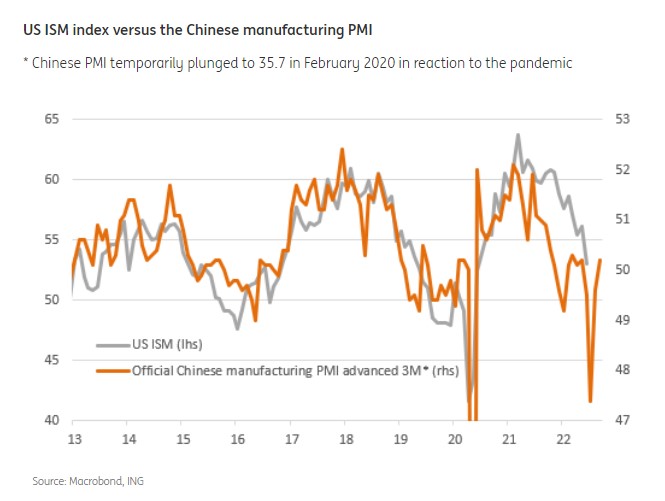