Vale has started dredging the tailings from Paraopeba river, which was affected by the breach of B1 dam. This process is essential for recovery of the river. Dredging activities are planned to continue until July 2020, beginning at the confluence of Ferro-Carvão stream and Paraopeba river, and along almost 2km downstream from this point. It is estimated between 300 and 350 million m³ of material leaked from B1 dam is deposited along this stretch.

For the dredging, the company cleaned the area removing materials and tree branches, then activities began after inspection and release of the Fire Service. In addition, all actions in the river comply with a monitoring plan previously validated by the environmental agencies and are daily reported to them. For the dredging process, eight water and sediment monitoring points were installed in the area of influence of this activity.

Dredging is not the only action to remove tailings from affected areas. Since the breach of B1 dam, tailings removal is being carefully done, and the planning of this activity is developed together with the Fire Service. So far, between B1 dam and the new bridge over Alberto Flores Avenue, almost 750 million m³ of material has already been removed. 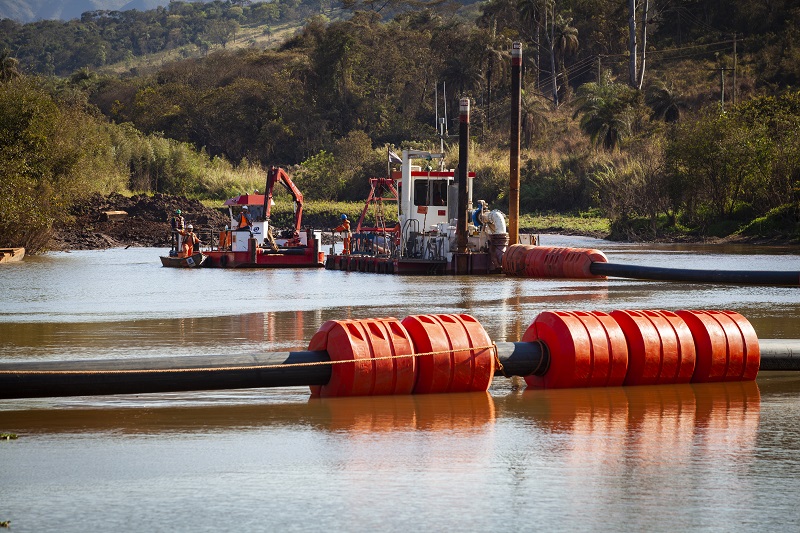 After dredging, water is pumped by a pipeline to geotextile bags (geobags), which serve to retain the dredged tailings. Water will come out from the draining pores of these bags and then undergo precipitation, filtering, and chemical adsorption processes. These procedures are intended to separate solids that may still be present in water after being drained from the geotextile bags. 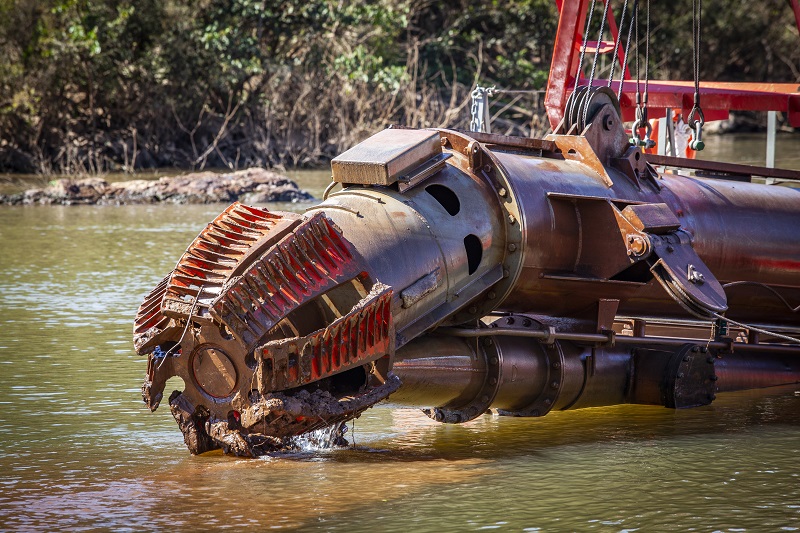 Dredging is the key phase for recovery of the river

The water withdrawal and treatment system of Lajinha ETAF consists of two dredgers, a treatment basin, a holding basin (treated water), a chemical plant, six centrifugal pumps, and ten filters. During the construction phase, Lajinha ETAF generated 310 jobs, favoring the hiring of workers from Brumadinho and region, and the expected operational staff will consist of 24 people working 24 hours a day, every day of the week.

The dredging activity and the water treatment system installation are part of the Tailings Impoundment Plan submitted by Vale to public authorities, after the breach of B1 dam at Córrego do Feijão mine. The ETAF aims to reduce water turbidity and return it treated to the river.
Source: Vale