Valencia Containerised Freight Index (VCFI) reaches 3,902.15 points, with a growth of 4.23% in November

The Valencia Containerised Freight Index (VCFI), the indicator that measures the trend and evolution of container transport costs by sea from the Port of València continues the upward trend of recent times with a growth of 4.23% in the month of November to stand at 3,902.15 points. However, it should be noted that since August the increases have been lower than in previous months, especially between March and June when the rises in these months were in double digits and above 15% in all of them.

From the point of view of demand, there is a slight loss in the momentum of goods at a global level. Proof of this is the recent downward reading of the Goods Trade Barometer, produced by the World Trade Organisation (WTO), which highlights a more pronounced fall in the indices for automotive products and electronic components, associated with the problems that certain supply chains are experiencing in procurement. However, regarding global container traffic and according to the estimates of the RWI/ISL Container Throughput Index for the month of October (latest available data), a positive evolution is observed and, although the intensity of the change has varied over the months, since April it has persisted on the upward path.

On the other hand, the supply of capacity in the market continues to be high, with shipping lines using all available vessels, so that the commercially inactive fleet remains at minimum levels. Thus, in the month of November, 57 vessels were idle, with a total of 164,540 TEUs (standard 20-foot containers), representing 0.7% of the total active fleet and showing an increase with respect to the level of idle fleet in October.

Another aspect to mention is the average price of the European Brent crude oil barrel, which has decreased by 2.39% during the month of November with respect to the previous month, going from 83.54$ in October to 81.54$ in November. This decrease is more marked in the prices of marine fuel, considering the price of bunkering in the 20 main ports of the world, according to the data offered by Ship&Bunker, the average price of IFO 380 (Intermediate Fuel Oil) has gone from 515$ in October to 455.50$ in November, which represents a decrease of 11.55%. Similarly, VLSFO (Very Low Sulphur Fuel Oil) has decreased by 7.64% from 634$ in the month of October to 585.50$ per tonne during the month of November, thus breaking with the increasing trend shown in most of the year 2021. 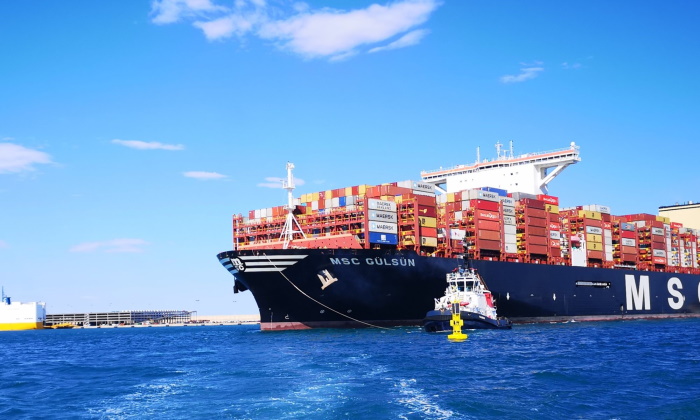 About the analysis of the areas that make up the VCFI, disparate behaviours are observed in the evolution of freight rates in November. Thus, it should be noted that the areas of Atlantic Europe and the Baltic States have remained stable while, for the first time in several months, three areas have experienced a slight decrease in their export prices. Specifically, these are the Far East (-1.31%), the Western Mediterranean (-1.78%) and the Middle East (-1.10%). On the other hand, the increase in price in the geographical areas of Africa East Coast (8.60%), Central America and the Caribbean (11%) or Latin America Pacific and the USA and Canada stands out. On this point, it should be noted that port congestion continues to be present, albeit with certain disparities. Thus, while for the Asian ports, congestion decreased during November, the US ports of Los Angeles-Long Beach had already broken their own record in mid-November with more than 86 cargo ships waiting and an average waiting time of more than 18 days.

As for the Western Mediterranean sub-index for November, a drop of 1.78% is observed with respect to October, with the Index reaching 2,091.97 points, double that of just one year ago in November 2020. With regard to traffic from Valenciaport, a continued increase in traffic to Morocco is observed, even above the levels reached in 2019 and 2020. With regard to Algeria, although traffic from Valenciaport has decreased over the last month, the levels are also higher than in previous years. With regard to Tunisia, export levels from Valenciaport have increased in the last month, thus, and although it is below the margin reached in 2020, the figure is above the value for 2019.

As far as the Far East is concerned, in the month of November, freight rates have been reduced by 1.31% according to the VCFI, standing at 3,636.15 points. This is almost three times the value of the index compared to the same month last year. In fact, despite this decline, freight rates have already accumulated a growth of 263.62%. In this sense, it is worth highlighting a decrease in Valenciaport’s export flows to China, the most important market in this area, with a figure even lower than in 2019 and 2020. At the same time, according to Alphaliner, port congestion has stabilised for the Chinese ports as a whole and, although it continues to be an important factor that continues to cause low reliability in the schedules of shipping lines, it has reduced its levels, which is facilitating greater availability of space on ships, giving a certain pause to the growth rate of recent months.
Source: Port Authority of Valencia