The Port Authority of Valencia (PAV) wants to place the city of Valencia in a Living-Lab of the port and logistics sector, taking advantage of the potential of the activity of the port community of the Port of Valencia to develop innovative projects and attract talent. This was explained by the head of Strategic Planning and Innovation of the PAV, Juan Manuel Díez-Orejas, at the presentation of the second call of the Ports 4.0 Fund which was held at the Innsomnia facilities.

The head of Strategic Planning and Innovation of the PAV explained that “Valenciaport has always been at the forefront of R+D+i with the clear objective of improving the logistics sector and promoting new technologies and business opportunities in our immediate environment, while improving the sustainability and quality of Valencia and the Valencian Community. In fact, we are the driving force behind the Ports 4.0 Fund, because we believe in talent to generate employment, improve competitiveness and place Valencia at the epicentre of the revolution based on R&D&I as a transformer of economic activity and the well-being of our society”.

During his speech, the head of Strategic Planning and Innovation of the PAV explained that Valenciaport is committed to open innovation within the framework of the strategic plan. Therefore, in this second edition of the Ports 4.0 Fund we want to promote sustainability and decarbonisation projects such as renewable energies, efficient management of energy networks or circular economy; new business opportunities in the logistics chain; the digitisation of port processes; and integration with our immediate surroundings, both the city of Valencia and the Valencian Community”.

Thus, the PAV has been one of the port authorities most involved in this Fund, which in this first edition received 321 applications. Thus, among the projects in which the PAV has acted as facilitator, the proposal “Deployment of a PortCDM-type technological platform for the optimisation of ship call operations in the ports managed by Valenciaport”, under the name of PAULA, should be highlighted. The platform facilitates the exchange of information in real time between port authorities, terminals, tugboats, pilots and moorers, so that all the information associated with the operation is available to all interested parties, enabling better planning, coordination and decision making. “This platform will make it possible to manage vessel arrivals and departures, providing visibility and advanced information for all parties involved,” said Juan Manuel Díez Orejas.

Valenciaport has placed a link on its website with all the information about the Ports 4.0 Fund and the Valenciaport Hackathon. 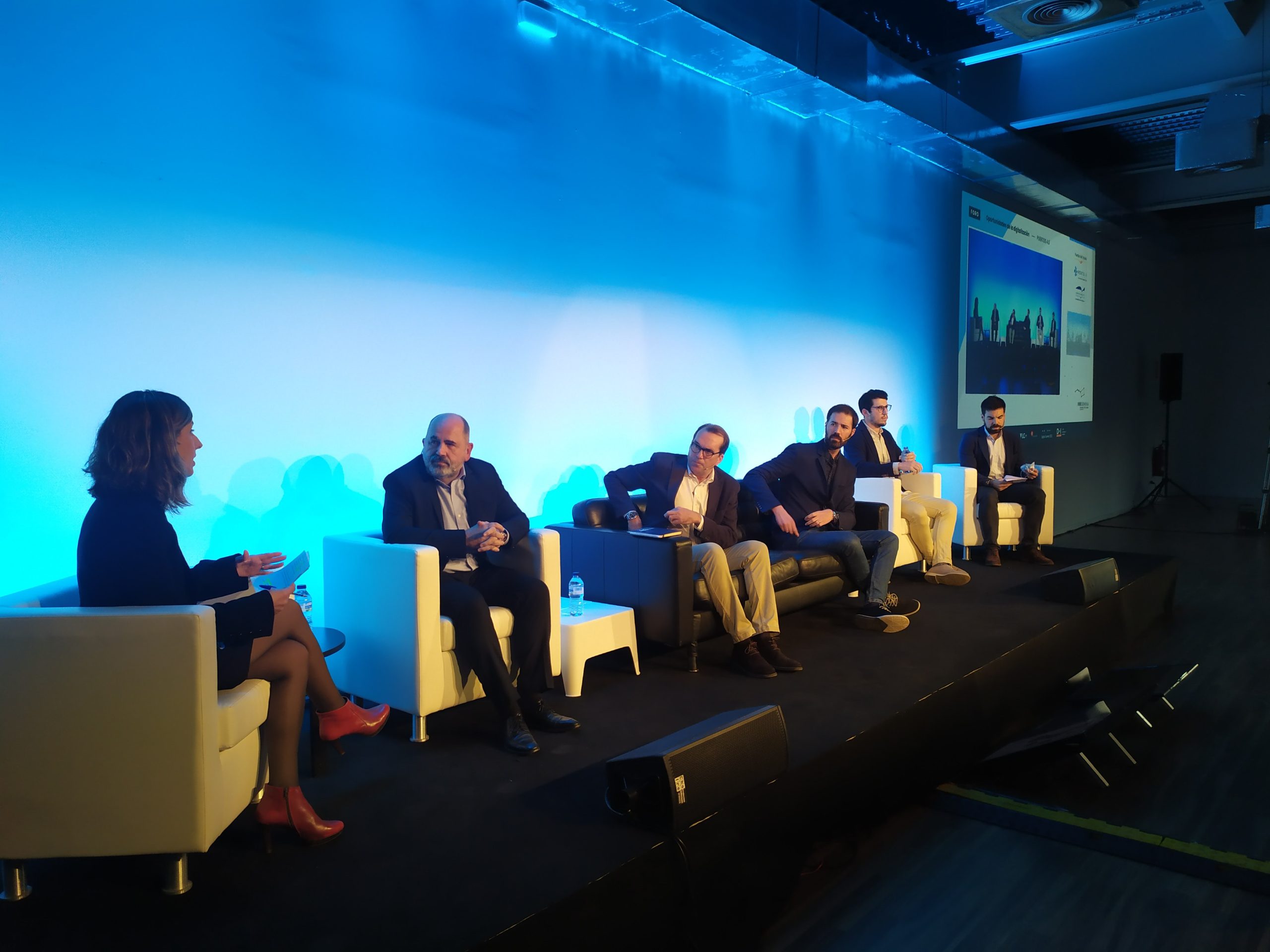 The Ports 4.0 Fund, promoted by all Spanish port authorities and Puertos del Estado, is the largest public project for the digital transformation of a sector launched so far by Spanish administrations. The Fund will allocate 6.75 million euros to this call, with grants of 15,000 euros per selected idea (750,000 euros in total) and the remaining 6 million euros for grants of between 100,000 and 2 million euros per project in the commercial phase, those that are on the verge of being launched on the market.

The Ports 4.0 Fund was launched in 2020 in a firm commitment to innovation on the part of the ports with the aim that both the ports and the logistics chain continue to gain competitiveness. To this end, the programme is looking for startups and technology companies that propose real disruptive solutions to the port challenges of the 21st century.

And after the success and quality of the projects presented in the first call, in which more than 300 candidatures from all over the world were presented for a value of 120 million euros, Puertos del Estado has launched its second call for ideas and commercial projects in which the total budget of the subsidies has been increased by 50%, so that the ideas will receive a total of 750,000 euros, with the possibility of up to 50 subsidised proposals, and 6 million euros which will be used to subsidise commercial projects.

In the first call for ideas, 33 applications were selected, each receiving 15,000 euros. The ports with the most support for selected applications were Bilbao with 6 of them, Valencia with 4 and Barcelona in the intra-entrepreneurship category with 2 ideas. In the case of the commercial projects, those with the largest endowment of up to 2 million euros per project, 9 were awarded and Barcelona and Las Palmas stand out with 3 projects supported each and Valencia with 2.

The day began with the presentation of the second call for proposals. Then, the Port of Valencia, through its Head of Innovation Strategy and Planning, Juan Manuel Díez, explained the areas in which the port authority is looking for projects to develop in its installations, as well as all the benefits that this will bring for the beneficiaries. Finally, Díez talked to the members of the technical office of the KPMG-Innsomnia joint venture: Rafael Navarro, Guillermo Fernández, Borja Torres and Juan Fernando Delgado, who analysed the selection process, the results of the first call and will guide the applicants for the second call.

The conference took place at Innsomnia as part of its Forum: “Opportunities of digitalisation”, within the framework of the Valencia Digital Summit 2021 week. The event is part of the Spanish Economic Forum and is sponsored by Valencia Activa and Valencia City Council.
Source: Port Authority of Valencia

2021-12-15
hellenicshippingnews..
Previous: Contecon Manzanillo earmarks USD230 million for expansion in 2022
Next: BEST leads the green port revolution in the Med