Vatican calls for protection of seafarers’ wellbeing, safety and rights

The Vatican has urged governments, ship owners and international organisations to ensure that seafarers’ wellbeing and safety are protected, and their human rights respected.

In a message for Sea Sunday on 11th July, the Vatican said seafarers are a vital part of the world’s economy, who continued doing their essential work throughout the Covid-19 pandemic, delivering cargo as well as critical medical equipment and medicines to support the fight against the spread of the virus.

Yet despite a global drive to classify seafarers as ‘key workers’, not all countries had taken steps to recognise them as such, nor had they implemented a clear policy to vaccinate seafarers.

One on hand, the Vatican said, the maritime industry was highly globalised but, on the other, seafarers’ rights and protection were fragmented between several players who were often not accountable to any higher regulation or authority.

It was estimated that in September 2020, some 400,000 seafarers were stuck at sea, because travel restrictions due to Covid-19 prevented them from being repatriated, which resulted in the crew change crisis.

The numbers of seafarers stranded at sea have reduced by half now, but those still unable to return home and being asked to work beyond their contracts continue to experience enormous physical and psychological stress.

“We would like to invite the maritime industry to learn to act as one by facilitating crew changes and vaccinations and strengthening the implementation of international standards to enhance and protect the human and working rights of the People of the Sea,” said Cardinal Peter K. A. Turkson, head of the Vatican’s Dicastery for Promoting Integral Human Development. 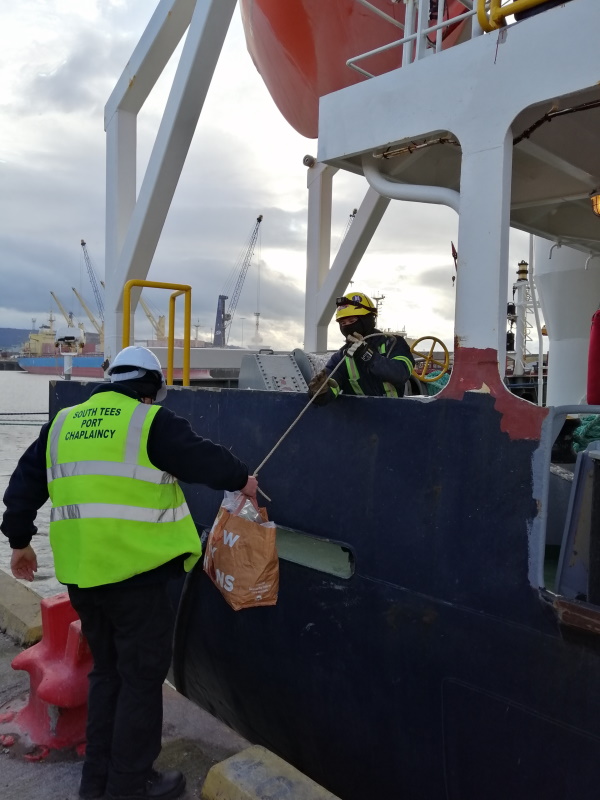 He appealed to ships owners, management companies, agents and recruiters to regard crew members as more than a “labour force” and called for the development of working practices based on human dignity “to improve the mental, physical and spiritual wellbeing of seafarers”.

Cardinal Turkson said that seafarers’ lives and safety were also being put at risk by pirate attacks and the increase in violence against crew, especially in the Gulf of Guinea.

He called on governments and international organisations to determine long-lasting solutions to the scourge of piracy. “Ship owners should adopt all requisite preventative measures to ensure the safety not only of ships and their cargo, but especially that of seafarers,” he said.

On the issue of seafarer abandonment, the Vatican said it was crucial that countries enforced in full the Maritime Labour Convention (MLC 2006), which entered into force in 2017.

The Vatican said figures from The International Transport Worker’s Federation, show that the numbers of ships abandoned doubled from 40 in 2019, to 85 in 2020.

New obligations under MLC 2006 require shipowners to have compulsory insurance to cover abandonment of seafarers, as well as claims for death or long-term disability.

The Vatican said throughout the pandemic, global seafarers’ charity Stella Maris (formerly known as Apostleship of the Sea), with its worldwide network of chaplains and ship-visiting volunteers had always been and continued to be at the service of seafarers and fishers.

“They are present in their lives, constantly adapt their ministry to changing circumstances and address seafarers’ spiritual and material needs,” said Cardinal Turkson.
Source: Stella Maris