The administrator of the Panama Maritime Authority (AMP), Noriel Arauz, received the vice president of the Japanese Shipowners Association (JSA), Keiji Tomoda; and the deputy general manager of the Planning Division of the JSA, Hiroyuki Yamagami, who were in our country to expand existing trade and cooperation ties, as well as to meet Panamanian seafarers first-hand. The official visit included a tour of the International Maritime University of Panama (UMIP) and the Columbus University, where they were received by their directors, who gave them the opportunity to interact with the teaching staff and cadets.

In addition, they got to know the educational facilities, simulators and workshops up close, and heard about the training that is given in these higher education institutions. “It is a great pleasure for me to have been invited to visit the maritime universities in Panama, which is the heart of world maritime trade. I firmly believe that they are the first line to develop the maritime human resource which, I am sure, is the base of the maritime power that is Panama. I very much appreciate the opportunity to learn where these young professionals study, who are about to leave their academic nests to take an active role in real business. It is encouraging for me to meet them”, said Keiji Tomoda during his speech at the UMIP amphitheater.

For his part, the General Director of Seafarers, Juan Maltez, pointed out that the Japanese maritime industry “is an important partner for Panama, with whom we are strengthening our ties, an action that favors the implementation of a strategy to benefit the Panamanian seafarers, reinforced by the recent signing of the Bilateral Cooperation Agreement concerning the mutual recognition of training and certification in accordance with Rule I/10 of the International Convention on Standards of Training, Certification and Watchkeeping for Seafarers, 1978, Amended (Convention STCW’78), which promotes job opportunities for Panamanian officers, cadets and seafares, by being able to embark aboard Japanese-flagged ships. 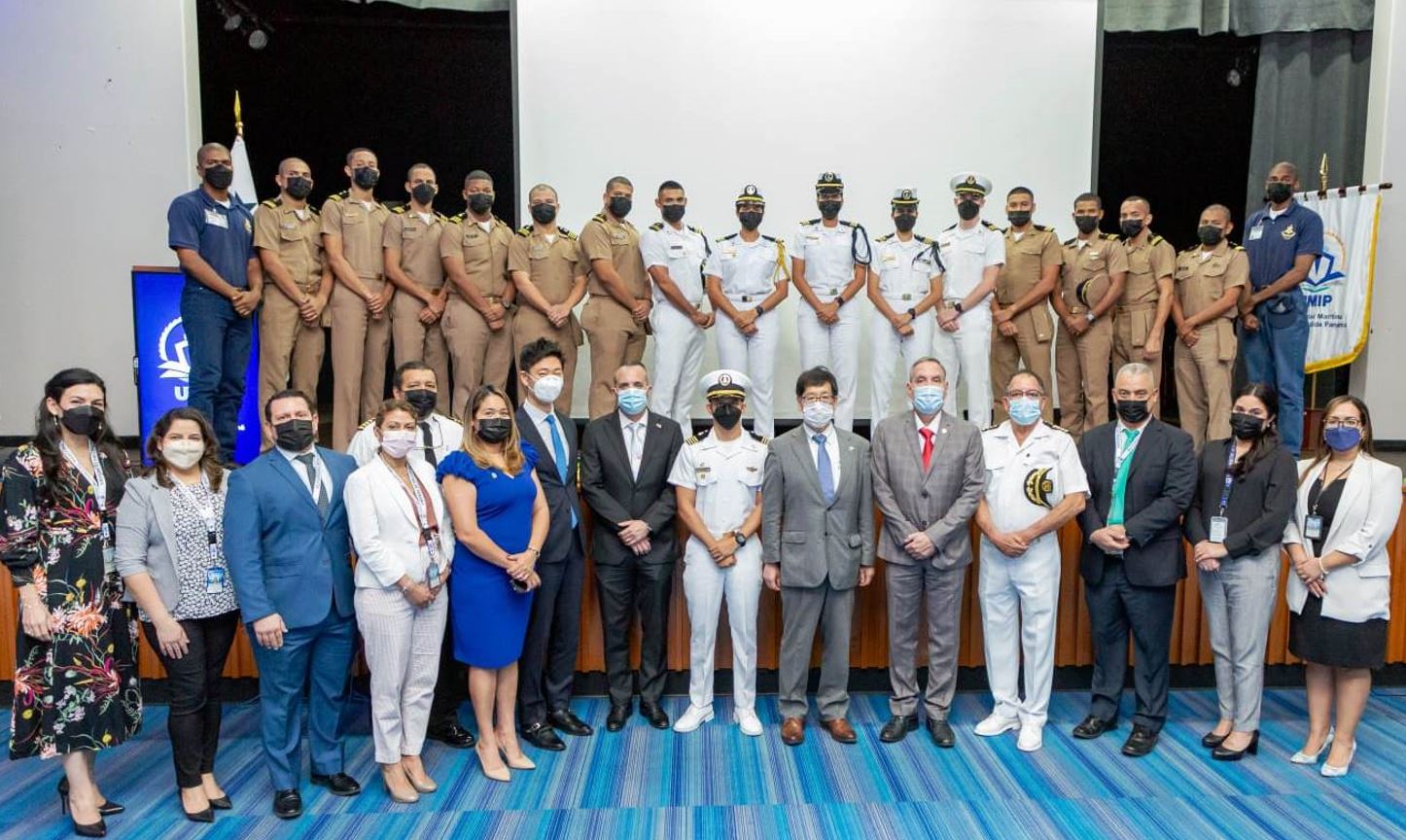 They were also attended by the Director of the General Directorate of the Merchant Marine, Rafael Cigarruista and his work team, where they followed up on the meetings held in Tokyo almost a month ago, refining issues related to the implementation of standards, alternative fuels and fleet compliance.

The Japanese Shipowners Association is an organization that brings together around 126 Japanese shipping companies, including owners, charterers and operators of merchant ships.
Source: Panama Maritime Authority