Developed by the US Coast Guard with support from commercial shipping representatives, AMVER is an online voluntary global ship reporting system used by Search and Rescue authorities to arrange assistance for anyone in distress at sea.

The awards were hosted in Hamburg by the US Embassy in Germany to recognise any commercial vessel that voluntarily becomes an AMVER participant. A total of 342 total German managed ships, on behalf of 57 German managed companies, were presented with awards.

Co-sponsoring the event with VIKAND were ABS and StormGeo, with welcome remarks from the United States Consul General, Jason Chue.
The awards were presented by Benjamin Strong, Director, AMVER Maritime Relations, US Coast Guard. He said: “It was a pleasure to gather again in person to celebrate the commitment to safety at sea. The contribution of German seafarers and ship managers is demonstrated by the awards they earned for agreeing to assist in search and rescue cases around the world. The US Coast Guard AMVER Awards are a way to recognise German vessels that have saved lives at sea or have, at great financial risk, diverted from a voyage to search for those in distress at sea. We congratulate the German recipients.” 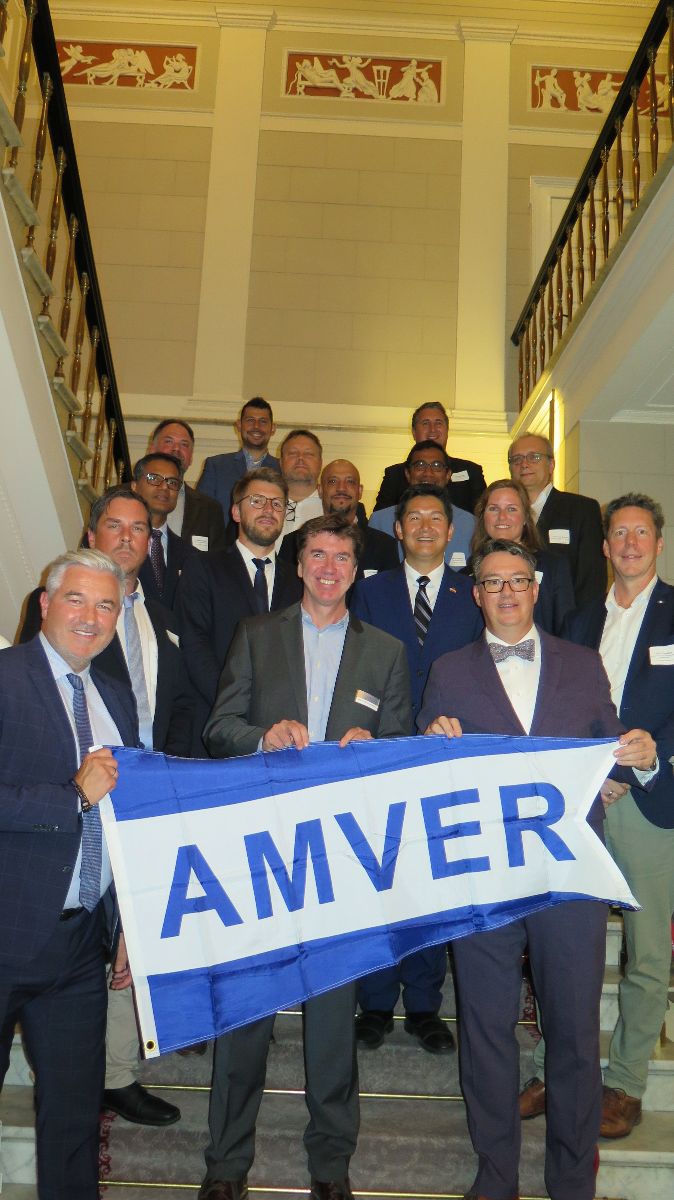 Some of the Amver award winners

“Thank you to the organisers for putting this event together, and congratulations to all recipients. We feel privileged to continue supporting the AMVER Programme which recognises seafarers’ selfless acts to save lives daily. AMVER aligns very closely with Vikand’s purpose of providing easy access to healthcare for seafarers and reducing significant medical issues onboard vessels, resulting in a safer and more efficient ship operations.

“Our maritime experienced medical team is trained to care for crew members anywhere in the world with pre-existing conditions, as well as those with sudden illnesses and injuries. We work proactively to keep crew physically and mentally healthy, because they may one day be called to rescue someone in distress at sea.

“This programme is close to our hearts as it aligns with our vision to collaborate in promoting a safer maritime industry. We first supported the AMVER Awards at Nor-Shipping in April, when we took the opportunity, together with key maritime industry partners, to launch the Seafarer Human Sustainability Declaration. A way to unite the maritime industry around one mission, prioritising the welfare of seafarers, and a focus that’s needed now, more than ever, post pandemic.”
Source: VIKAND