The VLCC market sentiment was firmly in negative territory this week as fundamentals continued to sour said shipbroker Charles R. Weber in its latest weekly report. “In the Middle East market, cargo volumes during the first two decades of the December program have come in below expectations, raising concerns that the final decade will not be much better and that the month will conclude with total volume at its lowest level in a number of months. Meanwhile, draws from Middle East positions to service demand in the Atlantic basin has declined markedly in recent weeks; comparing the last four weeks to the preceding four weeks, VLCC fixtures from the USG are off 88% and those from West Africa are off 26%.

According to CR Weber, “the direction of demand in these areas paints an equally somber picture, as there were no USG fixtures reported this week and the West Africa fixture count this week was at its lowest level since early August. This week’s Middle East fixture tally was off by one from last week to 24 – and COA coverage thereof was very high.  Net of COAs, the number of fixtures openly worked was just 14, or the fewest in three months. On the back of the souring demand profile, available tonnage levels continued to rise this week, dragging up surplus tonnage.   We project that there will be 22 surplus units at the conclusion of the December Middle East program, representing a 57% m/m gain. 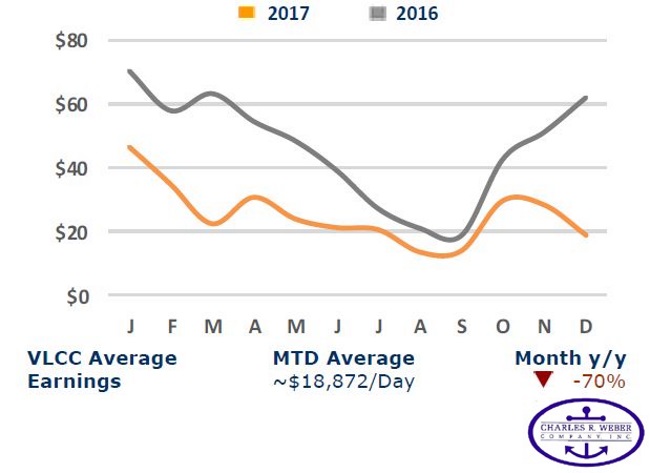 The shipbroker added that “based on historical performance, our models guide a base‐case AG‐FEAST TCE of about $18,600/day for the current supply/demand position.    The low case estimate is $11,500/day while the high case estimate of $20,000/day is unlikely given the absence of positive momentum ahead of the holidays‐fractured working environment of the balance of month.   AG‐FEAST TCEs presently stand at an average of ~$15,301/day, at which level fundamentals are already largely priced‐in and, as such, we envision only modest rate fluctuations accompanying changes to the immediate demand environment on a day‐to‐day basis during the coming week. Middle East Rates on the AG‐JPN route shed five points to conclude at ws49.  Corresponding TCEs fell 12% to ~$15,626/day.  Rates to the USG via the Cape were off by three points to ws23. Triangulated AG‐USG/CBS‐SPORE/AG earnings were down 9% to ~$24,389/day.    Atlantic Basin The West Africa market saw rates decline in line with those in the Middle East.  Rates on the WAFR‐FEAST route shed nine points to conclude at ws53.5 with corresponding TCEs declining by 23% to ~$17,870/day. Rates in the Caribbean market remained soft on sluggish demand amid an absence of ex‐USG fixtures and rising regional arrivals.   A small number of units were seen ballasting from the region in a reversal of the trend observed during Q3 when units were speculatively ballasting to the region from Asia.    The CBS‐SPORE route shed $100k to conclude at $4.0m lump sum.  Round‐trip CBS‐SPORE TCEs, were off 3% to ~$24,668/day”, CR Weber concluded. 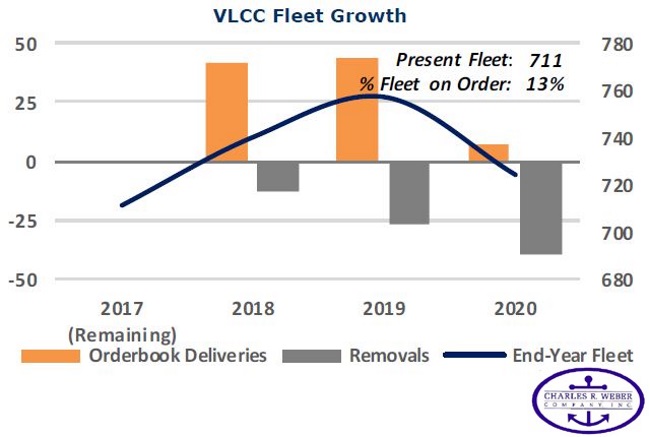 In the Suezmax market, in West Africa “rates were firm this week on declining availability replenishment and expectations of above‐average remaining Suezmax cargo availability for the December program, as VLCC coverage has been light.  Rates on the WAFR‐UKC route added 5 points to conclude at ws92.5.    Rates are likely to remain on a positive trend during the upcoming week as the remaining December cargoes are worked and charterers progress into January dates. Rates in the Caribbean/USG market were also strong this week on sustained demand, and particularly for intraregional voyages from the USG.    Rising Aframax rates helped by reducing charterer interest in narrowing cargo stems to capture the smaller class’ $/mt discount.    Rates on the CBS‐USG route added five points to conclude at 150 x ws95 and the USG‐UKC route added 7.5 points to conclude at 130 x ws77.5.  The USG‐SPORE route was unchanged at $2.90m lump sum”, said the shipbroker. 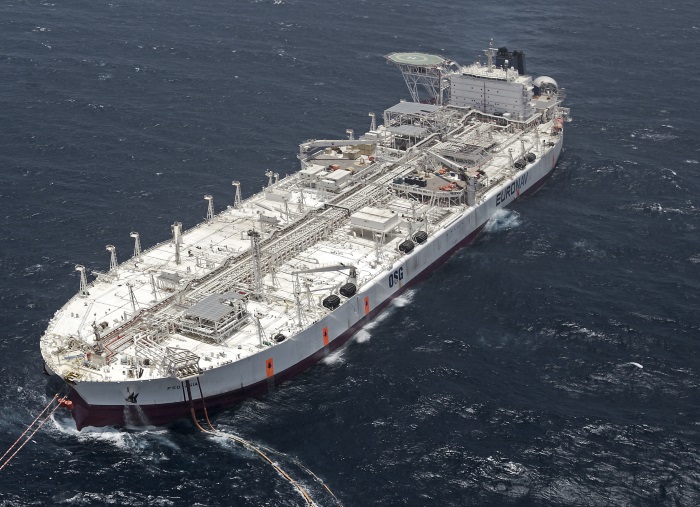 Meanwhile, “the Caribbean Aframax market remained firm on ongoing delays on Mexico’s east coast and the combination of both sustained demand regional demand and rates for alternative Suezmax tonnage at a strong $/mt premium.    Last month’s Keystone Pipeline issues do not appear to be a factor in the gains; since throughputs were halted on November 17th due to a leak (the line was restarted on November 28th with reduced volumes), Aframax fixtures from Venezuela have been at half the average weekly volume as that observed during the year up to mid‐November.  Rates on the CBS‐USG route added 10 points to conclude at ws175.    Although owners are expected to maintain that fundamentals remain in their favor at the start of the upcoming week, there are a number of inbound ballasts, including some which are likely to accept below market rates to secure quick employment, which will likely weigh on rates once their impact is fully realized.  Losses could accelerate thereafter as weather delays in Mexico subside”, the shipbroker concluded.
Nikos Roussanoglou, Hellenic Shipping News Worldwide