The VLCC tanker market shouldn’t have high hopes, when it comes to more capacity for crude oil exports from the US market. In its latest weekly report, shipbroker Gibson said that “with everything the pandemic has thrown at the oil industry, the last time we took a serious look at US VLCC export infrastructure developments was back in January 2020. At this point in time, we counted 9 projects under development, with the import focused Louisiana Offshore Oil Port (LOOP) being the only terminal capable loading full VLCCs. Since then, the pandemic has forced a rethink, with several projects/investors consolidating their efforts, others going silent and some being cancelled altogether”.

According to Gibson, “there are now just 4 offshore projects which remain serious contenders. Sentinel Midsteam’s Texas GulfLink project is one of the frontrunners. The project has signed up Freepoint Commodities and has already received a draft environmental impact statement (DEIS) from the United States Maritime Administration (MARAD), yet it remains unclear when the project will be approved. The project does however seem to be quietly moving through the regulatory process and the public comment period for the DEIS recently closed, meaning the project partners should soon have feedback from the regulatory bodies on what they must do next to move the terminal forward. Energy Transfer Partners (ETP) is also pushing ahead with plans to develop the Blue Marlin terminal and submitted its application to MARAD in October 2020. ETP plans to start construction towards the end of this year, bringing it in service for Q3 2023. The facility will utilise an existing platform to minimize its environmental impact. MARAD currently states that public consultations took place in December 2020, with the DEIS due this year. However, with DEIS not due until later in 2021, the construction timeframe looks ambitious”. 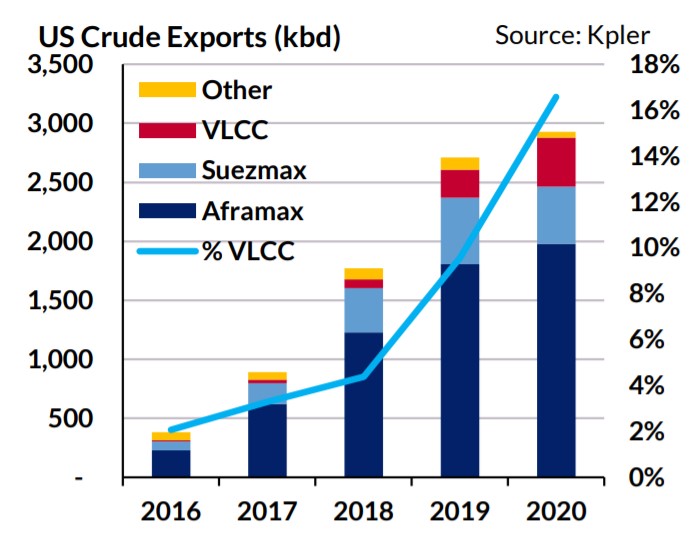 Gibson added that “another facility, Bluewater Texas Terminals (BWTX) was originally proposed as a project between Phillips 66 (P66) and the Port of Corpus Christi. However, in February 2020, Trafigura joined the project to form a 50/50 joint venture with P66 and simultaneously withdrew its application to develop a separate facility (Texas Gulf Terminals). BWTX remainsunder review, with MARAD requesting and receiving clarification on several issues. Rumours have emerged that the project is on hold due to its absence from P66’s 2021 CAPEX budget. However, with the Port of Corpus Christi approving a lease agreement for the project back in December, it still seems to be moving ahead even if the timeline has slipped. In a similar move to Trafigura, Enbridge, withdrew its application to develop the Texas Colt Project just over a year agoand elected to become a partner in the Sea Port Oil Terminal (SPOT) project alongside Enterprise Product Partners. This project has also been under MARAD review, however the permitting process was suspended in June 2020 as MARAD wanted more information. The project is said to have a customer commitment from Chevron and is thought to be one of the most likely to succeed”. 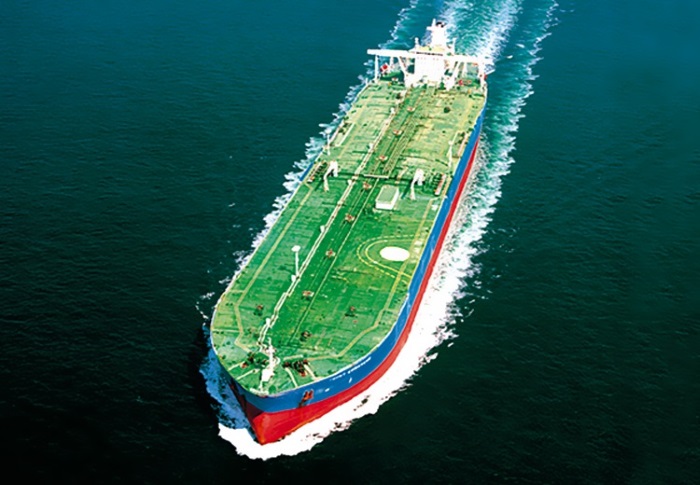 The shipbroker also noted that “still, not all the above-mentioned projects are likely to be constructed. With each project having capacity of around 2 million b/d, there may only be demand for 1 or 2 facilities, depending on how fast exports grow and how well existing infrastructure is utilized. Fortunately, for the leading contenders, it looks like a number of other projects have also fallen by the wayside. Carlyle pulled out of the Harbour Island project, whilst the proposed Jupiter Offshore terminal at Brownsville and Tallgrass Energy’s Plaquemine’s project, have both gone quiet”.

“With several projects delayed and uncertain timelines due to the permitting process (not to mention a more environmentally focused President), it looks as if US Gulf export infrastructure will remain inefficient for VLCCs for at least the next 2 years. Nevertheless, as world oil demand and US crude production recovers, the need for VLCC terminals will become ever greater. Until then, the Aframax and Suezmax sectors will continue to enjoy a fair share of the volumes”, Gibson concluded.
Nikos Roussanoglou, Hellenic Shipping News Worldwide

Previous: Dry Bulk Market: Is the Rally Over?
Next: Covid-19, other concerns affected China’s BRI projects in 2020: Report