Yesterday was the opening of the Vopak Solar Park Eemshaven in the province of Groningen in the Netherlands. The new solar park has a capacity of approximately 25 megawatts, which is equivalent to an average consumption of approximately 8,000 Dutch households.

The solar park is built on 19 hectares of land around Vopak Terminal Eemshaven. The entire solar park is now in operation and supplies the Dutch electricity grid. The green energy certificates were mainly purchased by local companies within Groningen Seaports and by Vopak.

Timo Spaninks, Managing Director at Vopak commented:itch completely to green energy for our Dutch terminal activities. In this way, we are actively contributing to the greening of the logistics chains of our customers and our role in society – Storing vital products with care.” 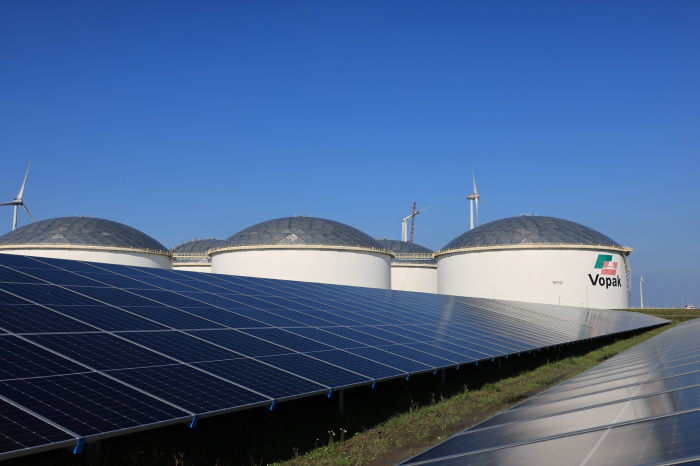 “This solar park is a wonderful collaboration between the parties involved. And our participation also safeguards the local character of the project. We are also pleased that companies such as Vopak and Whitehelm are investing in sustainable energy in our region, especially in these times. Locally produced green energy is of great importance to us in making the port area more sustainable and thus helping drive the energy transition forward. This is also reflected in companies that want to establish themselves here, precisely because of the availability of sustainable energy”, said Cas König, CEO of Groningen Seaports.

Wessel Schevernels, Chairman of Vopak Terminal Eemshaven and Senior Investment Director at Whitehelm, added: “Whitehelm is delighted to see the successful and safe completion of Vopak Solar Park Eemshaven, and is proud to make a further investment in the Dutch energy-transition. We are very pleased that we can contribute to the development of sustainable energy infrastructure in Eemshaven and to have worked with our long term partners Vopak and Groningen Seaports.”

Despite the corona pandemic, the solar park was built and delivered in a successful and safe manner. Many parties have contributed to this. For example, the design and construction management was carried out by Ekwadraat from Leeuwarden and EQUANS from Roden carried out the entire realization. In addition, the Municipality of Het Hogeland and the Province of Groningen were closely involved in the development of the project. STEK acted as legal advisor and Voltiq acted as financial advisor. 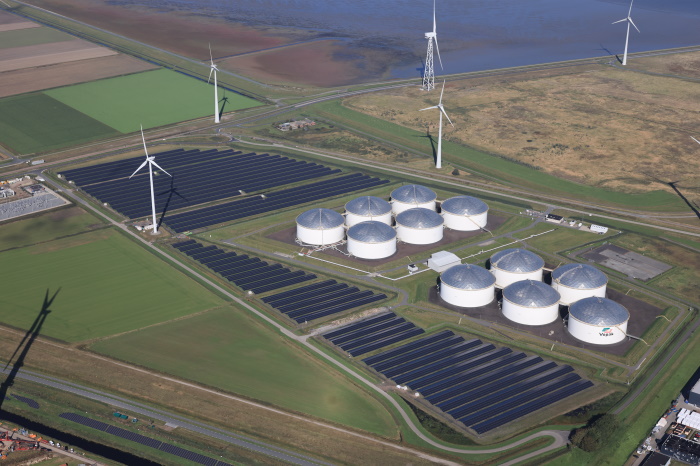 Groningen Seaports is the economic operator, developer and authority for the port of Delfzijl, Eemshaven and the adjoining industrial sites. The organisation provides the complete package of port services to its industrial and commercial clients, from logistics and infrastructure services to the issue and maintenance of the sites in both port regions. As well as the two excellently equipped ports, Groningen Seaports manages the industrial sites around the ports and at other areas in the region. www.groningen-seaports.com

Royal Vopak is the world’s leading independent tank storage company. We store vital products with care. With over 400 years of history and a focus on sustainability, we ensure safe, clean and efficient storage and handling of bulk liquid products and gases for our customers. By doing so, we enable the delivery of products that are vital to our economy and daily lives, ranging from chemicals, oils, gases and LNG to biofuels and vegoils. We are determined to develop key infrastructure solutions for the world’s changing energy and feedstock systems, while simultaneously investing in digitalization and innovation. Vopak is listed on the Euronext Amsterdam and is headquartered in Rotterdam, the Netherlands.
Source: Vopak