The technology group Wärtsilä is cooperating with the Finnish Border Guard in the testing of Bio LNG as fuel for a Coastguard patrol vessel. The aim is to lower greenhouse gas (GHG) emissions, thereby lessening the impact on global warming. The 96 metre long vessel, the ‘Turva’, is fitted with Wärtsilä dual-fuel engines and has been supported with a Wärtsilä maintenance agreement since its launch in 2014. The Bio LNG fuel is supplied by Gasum, a Finnish state-owned biogas refiner.

After close evaluation of the Bio LNG fuel specifications provided by Gasum, Wärtsilä is confident that it represents a viable fuel choice for the multi-fuel capability of the Wärtsilä engines. Following this evaluation, the Finnish Border Guard opted to proceed with the testing programme. 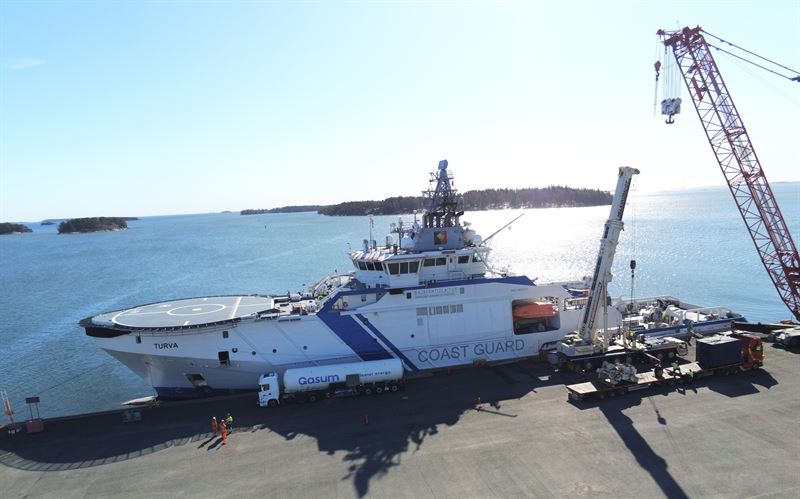 “The strategy for the Border Guard’s fleet of patrol vessels is to switch to environmentally sustainable fuels wherever possible. Testing the Bio LNG in the ‘Turva’ is an important step forward in fulfilling this strategy,” says Commander Marko Aheristo from the Finnish Border Guard. 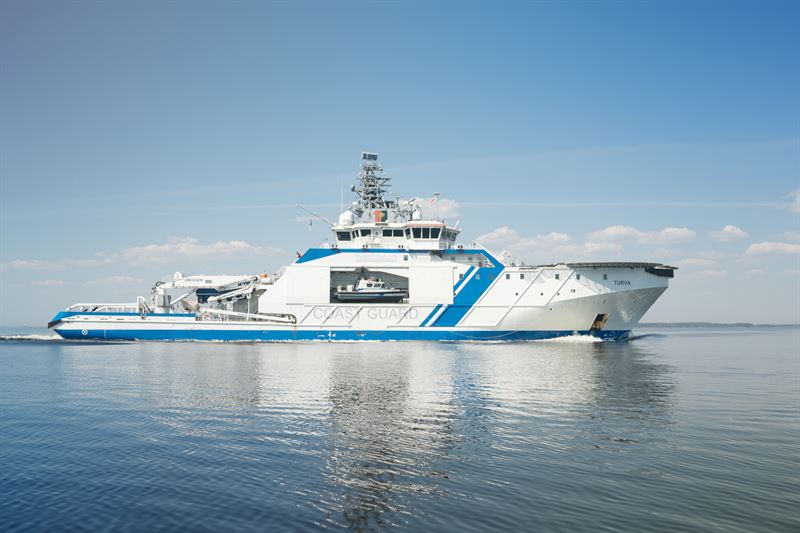 The ‘Turva’ seen here being fuelled with Bio LNG for the testing programme. © Finnish Border Guard

“Wärtsilä is investing heavily in the development of technology for alternative clean fuels that can drive decarbonisation throughout the shipping industry. We have developed our engine technology to be compatible with the use of such fuels. LNG is already broadly accepted as a viable marine fuel, and we see Bio LNG as a natural next step. We are, therefore, extremely supportive of this testing programme,” says Juha Kytölä, R&D and Engineering, Wärtsilä Marine Power.

Bio LNG is a 100 percent renewable fuel that can reduce CO2 emissions over its life cycle by up to 90 percent compared to conventional fuel. It emits no particulate matter (PM), and close to zero nitrogen oxides (NOx) and sulphur oxides (SOx).
Source: Wärtsilä