While seaborne transportation is the most energy efficient way to move goods and raw materials, the shipping industry is still a large contributor to the world’s emissions of greenhouse gases. In the face of major climate challenges, we have little time to lose. The students in this year’s summer-intern program share our optimistic outlook for the industry and concluded that the green transition could cost less than many may think. 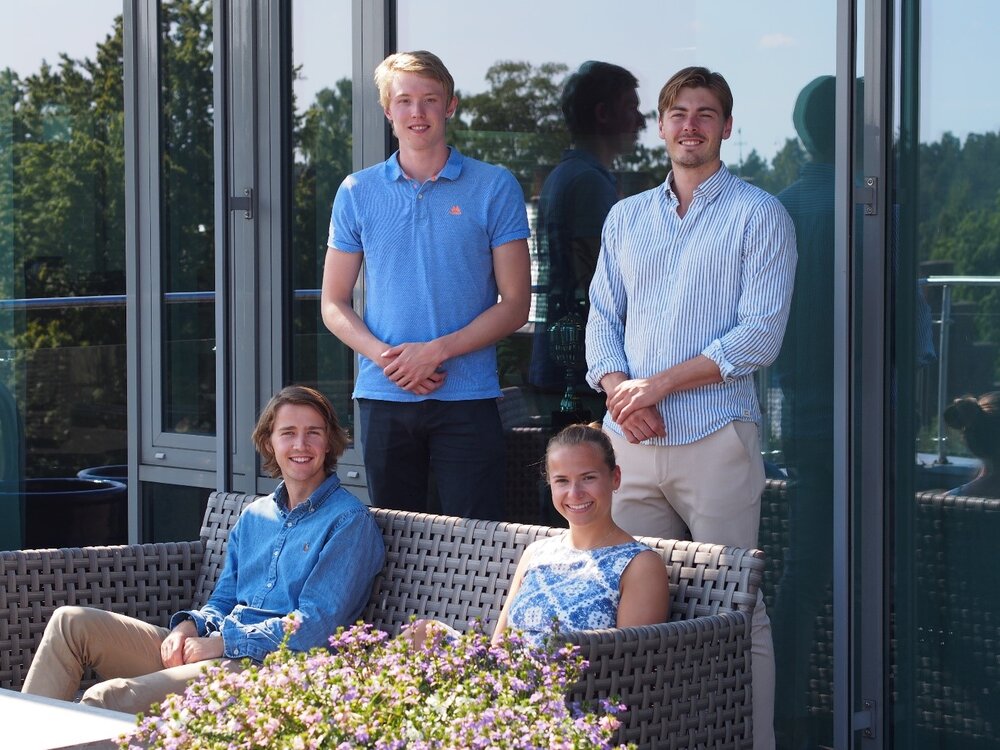 After working on the project over the summer, the students shared their findings at the Norwegian Shipowners Association this week presenting two potential concepts. 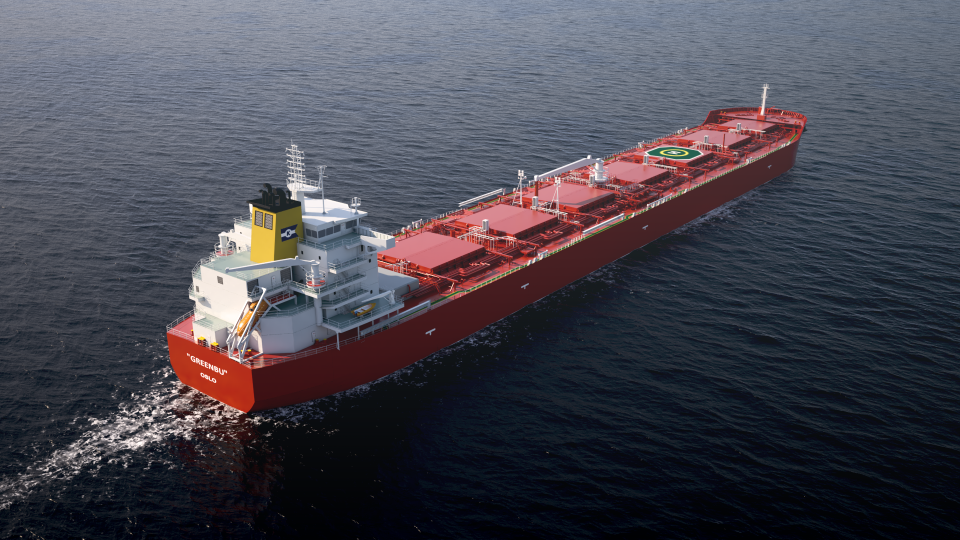 A “GREENBU” at sea running on methanol

Concept 1: Ammonia as an energy carrier in the future

Ammonia would be the energy carrier in the first concept they investigated, based on using future ammonia fueled internal combustion engines, only requiring small modifications to the machinery system from today’s trading vessel. As a fuel, ammonia has no carbon and no direct CO2 emissions. The challenge with such a solution was identified as the low flexibility for fuel tank location due to safety and need for cooling, however tank technology and class rules are likely to develop on this front over the next years.

The second concept design, and perhaps even more futuristic, was a vessel sailing on methanol as an energy carrier and converted to energy through fuel cells. This would give large flexibility for tank location, but a need for storage of both fuel and CO2. This concept design required larger modifications to the machinery system when compared to the vessel running on ammonia. The collected CO2 in the tank would be re-used at the next methanol bunkering, making this solution free of CO2 emissions. Such a solution could also be net CO2 negative depending on how the methanol is created, as the vessel catches and stores it onboard.

A common factor for both fuels is that they can be produced solely by green energy in the future.

Can we afford it?

The transition to zero emission fuels could potentially become expensive, which in turn may make shipowners, governments and other relevant stakeholders more reluctant to invest in and try out new technologies and fuel types. To illustrate the likely costs for end-users the students used the example of a car.

In order to build a car, you would need a certain amount of aluminum, which require raw materials to carried by sea. With rising fuel prices, a large car (consisting of a substantial amount of aluminum) would not increase in price by more than approximately 30 USD, most likely, a whole lot less.

The students said, “we realized that zero emissions doesn’t have to be expensive for the end user, even with more expensive fuel types such as ammonia or methanol which were the two options we explored.” They added, “To make this happen is important that there is a drive towards collaboration across sectors, industries and governments– creating incentives from a bottom-line perspective to make it happen”.

The students are optimistic about the future of zero emission shipping. They believe KCC’s CLEANBU concept is a large step in the right direction towards decarbonizing the maritime industry, minimizing ballast on their voyages by combining shipments of wet and dry cargoes But more is needed and they believe the industry can achieve much more through collaboration and government regulation aimed at speeding up this process.

They agree, “There are viable alternatives out there, zero emission technologies are just around the corner, and reducing GHG emissions to zero would most likely not be too costly to do – at least not for the end user. But to pull it off, politicians, regulators and policymakers must act swiftly and come together and agree on how they can best support this change through appropriate initiatives, regulations and incentives”.
Source: Torvald Klaveness