Weathernews Inc. has constructed the world’s first AI model related to snow on roads, and succeeded in developing a prototype “AI Road Management Support System” that automatically recognizes road surface conditions in real time, based on photos and video from fixed-point cameras. In this system, the AI is trained using machine learning to detect subtle differences in image data between accumulated snow, packed snow, slush, and dry road, giving it the capability to recognize complex road conditions in which different types of snow are mixed together. This system is able to accurately detect road surface conditions even in a car driving through a snowstorm at night, which is very difficult with conventional image analysis methods. We believe that this new system will lead to more efficient work on snow and ice countermeasures, a reduction in traffic accidents, improvement of self-driving technology, etc. Initially, we will push forward with development, aiming to have it ready for implementation this summer, so that it can be put into use next winter season by road managers and municipalities for their work on snow and ice countermeasures.

The world’s first ever AI technology for real-time recognition of road surface snow
Currently, decisions on snow and ice work are based mainly on weather forecasts, fixed-point cameras, and visual inspections by patrols. However, visually checking dozens of monitor screens has its limitations. Detecting changes in snow conditions as quickly as possible requires support from the system side, but there has been little progress in the introduction of image analysis and AI. All around the world there is an abundance of AI models for recognizing people, faces, cars, etc., but there were none capable of the detailed recognition of snow or road conditions necessary for developing this system. Additionally, because conventional image processing methods cannot cope with changes in camera angles and brightness, they are unsuitable for practical work in which camera orientation frequently altered during observations.

Therefore, from different viewpoints of AI structure modeling, a novel AI model for recognizing a variety of snow conditions under changes in camera location and orientation has been successfully innovated. Our prototype system shows high performance of recognizing subtle differences in snow quality, such as packed snow, slush, etc., in real time.

In the future, we would like to use not just video and still photos from fixed cameras, but also video, photos, and comments on road surface conditions sent to us by weather reporters through the Weathernews smartphone app. 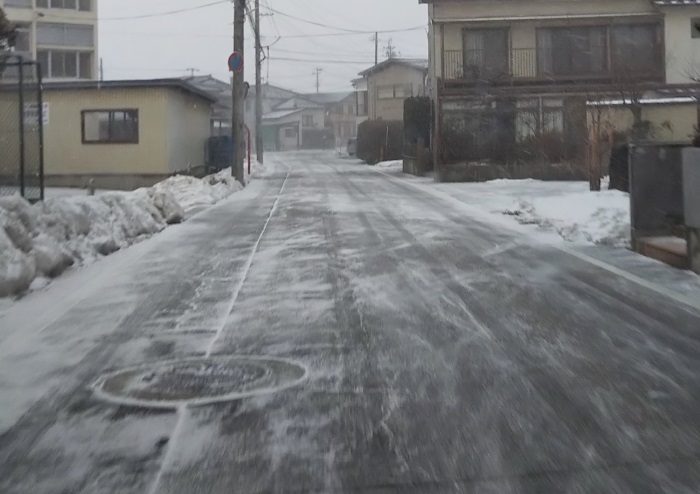 February 8, 2019 at 7:53
Tsuruoka, Yamagata
Snow drifting across the road like smoke 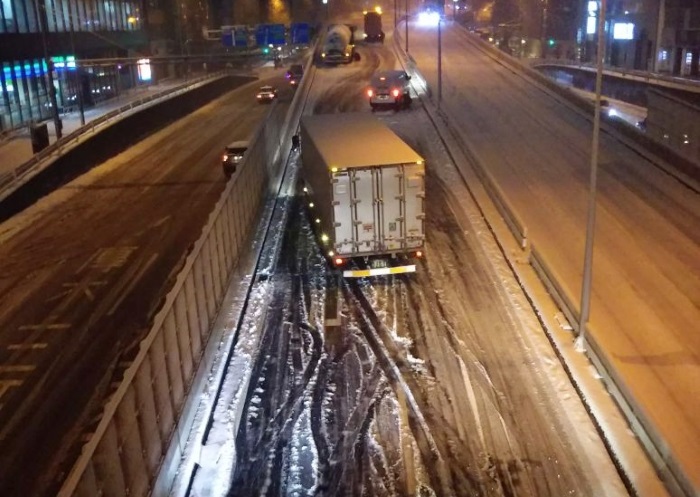 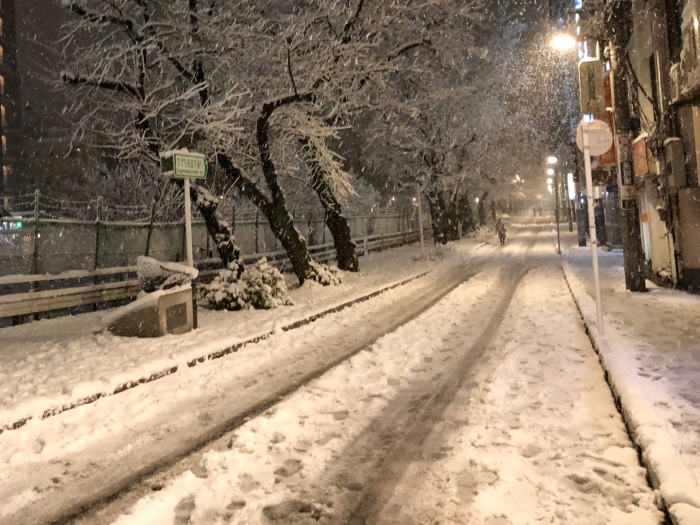 January22, 2018 at 22:04
Sugamo, Toshima-ku, Tokyo
Significant snow accumulation
piled up to the top of one’s boots 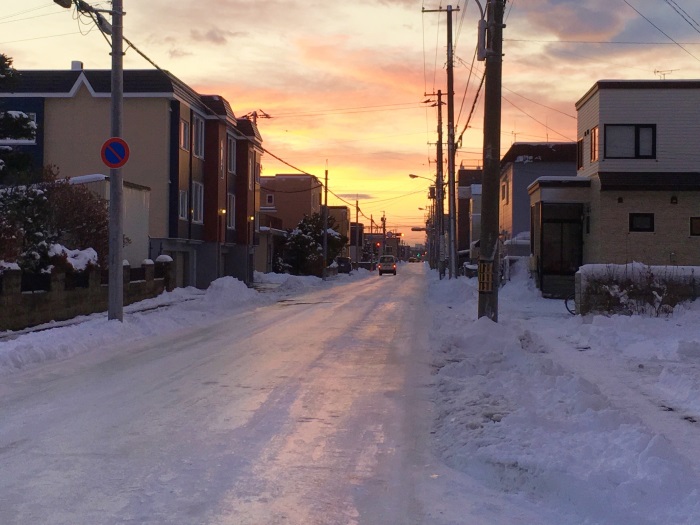