What’s in a flag?

When it comes to flags, size matters. Despite their tiny populations Panama, Liberia, and the Marshall Islands together hold 560 million gross tonnage of global tonnage. The Marshall Islands, the smallest, has a ship for every 18 citizens. These three have resided at the top for over a decade thanks to their flexibility and ease-of-use for shipowners.

But they are not alone. Asian business epicenters Hong Kong and Singapore follow; the appeal of these administrations is clear, as they offer many of the benefits of their open market competitors but are located in tight-knit business communities. Recently China has climbed the rankings edging out Greece for eighth place in 2015; in the same timeframe, Japan, also, had knocked Cyprus off the number ten spot. 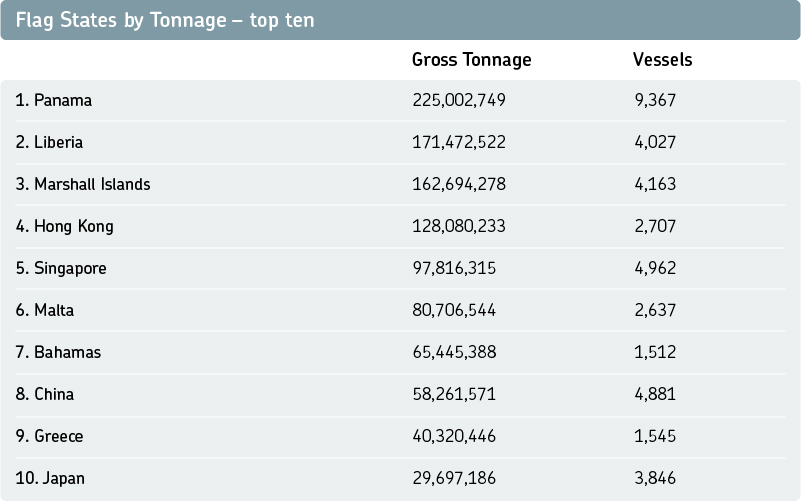 Despite the draw of their competitors, some 40% of ship tonnage remains flagged in Europe. These ships tend to rank highly on the Paris and Tokyo MoU inspection frameworks. EU regulations on ship recycling and environment-related issues generally lead those of IMO, which means European flagged vessels are likely to be held to higher safety, efficiency, and environmental standards. These vessels are also likely to be first in line when it comes to installing and testing new cutting-edge technologies, often with the help of EU incentives.

In July, the Paris MoU on Port State Control issued its latest ‘performance list’, divided into a white, grey, and blacklist depending on the ratio of inspections to detentions. Europe is well-represented at the top, with the UK and Norway leading the pack, and the Netherlands and Denmark in fourth and fifth place. (Germany sits at number 11.)

If a flag is among the 41 entries on the whitelist, port state control authorities consider this a good indicator that a ships are legally compliant, and are less likely to target it for inspection. Encouragingly, the Marshall Islands place at number six, meaning that a large proportion of maritime tonnage is fully compliant (Liberia sits in 13th place, and Panama, the world’s largest registry, resides at 36.) 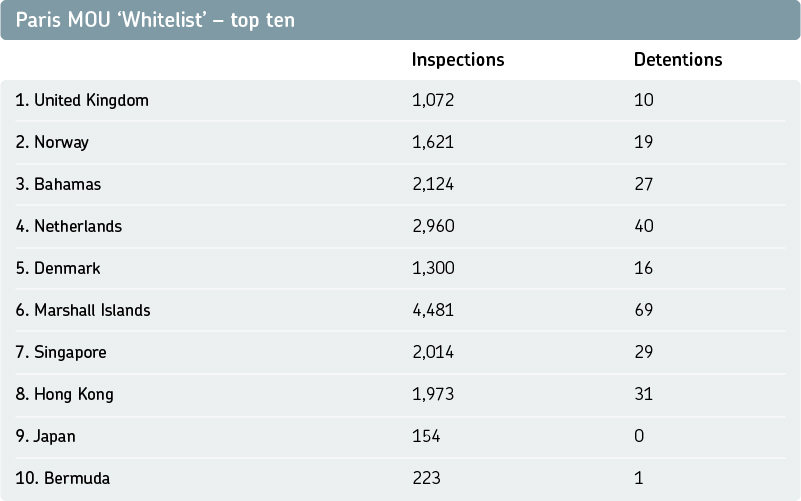 In recent times, some European nations have launched alternative regimes to compete with the open registers: Denmark and Norway have created their own international registers (DIS and NIS respectively) with more relaxed regulations than their domestic counterparts. However, from the shipowner’s perspective, there are clear advantages to sailing under an open registry such as less administrative work and quick registration processes. Despite that around 40% of ships still fly a European flag.
Source: SKF