What’s Next for the Demolition Market, After a Summer of Record Prices?

The ships’ recycling market has been looking for direction after a summer, during which, most of the time, prices offered for older tonnage reached near record levels. In its latest weekly report, shipbroker Clarkson Platou Hellas said this week that “the market has trodden on shaky ground this week with a correction in India that has spooked some Buyers who were offering on tonnage to now withdraw their interest as they have an uncertain feeling as to how the market will play out in the forthcoming weeks. It seems that this is more of a knock to the sentiment of the Buyers and it remains to be seen how the local steel prices will dictate their appetite going forward. Forward steel future prices anticipate the markets to show positive gains, thus it is hoped that the positive vibes will turn around this cautious feeling. The Bangladeshi recyclers are therefore the most aggressive once again with it being the only market that can currently offer in excess of the US$600/ldt level. These rates are slowly attracting some larger wet units into the market, but actual concluded sales remain limited. With limited market tonnage still on the horizon, it will be the bravest Buyers that come out on top as they look to swiftly secure tonnage and not have cold feet on the sparse units currently available”, Clarkson Platou Hellas said. 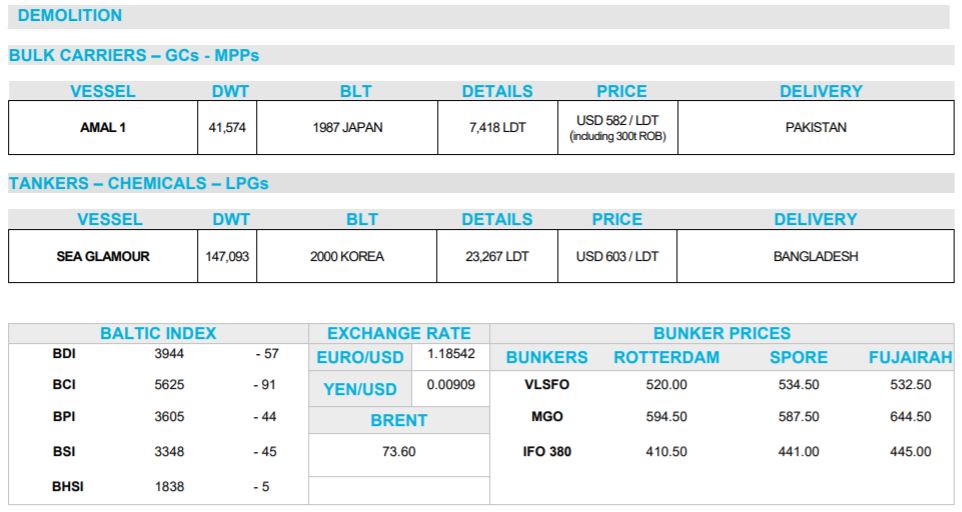 In a separate note, Allied Shipbroking said this week that “an overall stable week for the ship recycling market took place, given the relatively modest flow of demo candidates and the strong offered scrap price levels. In the Indian Sub-Continent, Bangladesh remains the leading market on year-to-date basis, having secured a strong share of the larger ldt units, mostly from the tanker sector. Hopefully, with the closing of the monsoon season, we will see a stronger pace in steel prices and activity levels take place. 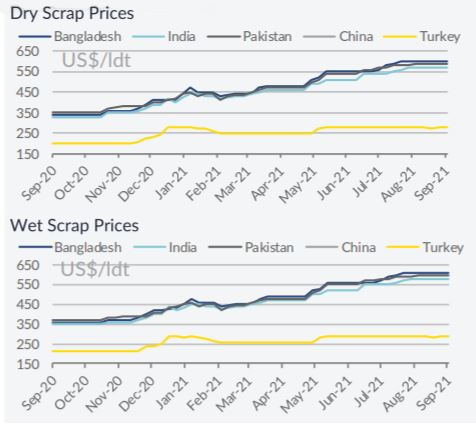 Pakistan, having lagged slightly behind during the most part, have been seemingly more conservative in their approach, unwilling as of yet to surpass the US$ 600/ldt mark. Notwithstanding this, expectations are for a firmer final quarter. Finally, India still remains far behind the rest of the Indian Sub-Continent, still heavily relying on HK units to feed its market share. However it will be interesting to see how the market will react over the next couple of months, with local steel prices still seemingly holding at firm levels”, Allied said. 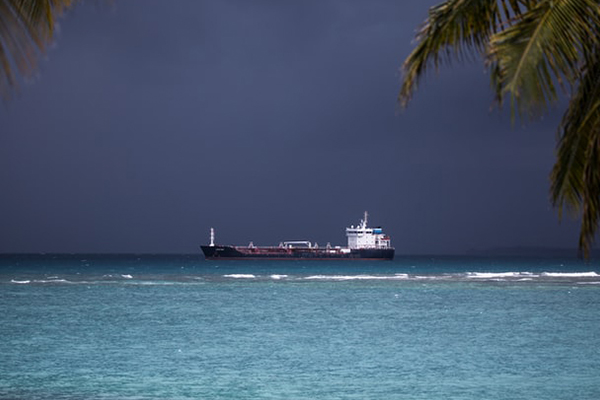 Meanwhile, GMS (www.gmsinc.net), the world’s leading cash buyer of ships said that “far from being the traditionally quieter summer / monsoon months, July and August have passed with marginally weaker, albeit (still) record numbers above USD 600/Ton and deals still being concluded, particularly in the beleaguered tanker and offshore sectors! There has been a minimal supply of tonnage from dry bulk and container owners, with the so-called ‘super cycle’ for both sectors still in full swing. Shipowners have been looking to cash in on their ‘older’ & ‘survey-due’ inventory, and in many cases, recycling prices have actually been surpassing secondhand levels in recent times, making the decision to scrap, relatively easy.

There had been a slight wobble in the Bangladeshi market, with a USD 30/LDT correction in steel prices. Nevertheless, rates remain firm going into the final month of Q3 and there is plenty of capacity at sub-continent yards as hungry Recyclers look to take tonnage amidst the recent slowdown in supply. Vaccines continue their rollout at pace across the sub-continent and many are hoping that the worst of Covid-19 has now passed, having seen horrific caseloads and fatalities earlier in the year. Moreover, the spread of the even more contagious Delta variant is keeping concerns elevated, as most countries still have restrictions on incoming Indian crew or even sending their international crew to India and face possible delays during repatriation. Overall, prospects for the industry moving forward do remain stable to positive, as steel plate prices are the key driver for much of the bullishness, with China recently having announced that they will no longer export steel to the sub-continent markets”, GMS concluded.
Nikos Roussanoglou, Hellenic Shipping News Worldwide