The revolutionary HySHIP project embraces 14 European partners collaborating on the design and construction of a new ro-ro demonstration vessel running on liquid green hydrogen (LH2), as well as the establishment of a viable LH2 supply chain and bunkering platform. The ship will be operated by Norwegian maritime industry group Wilhelmsen and will distribute LH2 to hydrogen hubs along the Norwegian coast. It is slated to be operational from 2024.

The project aims to lower the development and operational cost of a wider move to LH2 for ship propulsion throughout Europe. The EUR 8m funding from the EU’s Research and Innovation programme Horizon 2020 under the Fuel Cells and Hydrogen Joint Undertaking (FCH2 JU) is subject to the signing of a grant agreement by the HySHIP partners by the end of this year.

‘Two-in-one’ solution
Going under the concept name “Topeka”, the vessel will be the first of its kind to enter commercial service. Providing a two-in-one solution, it will sail on a fixed schedule carrying both coastwise customer cargo and containerized LH2 to the bunkering hubs. Norway’s west coast is dotted with bases serving the offshore industries, with base-to-base transport representing a heavy-duty transport route eminently suited to LH2. HySHIP will be a large-scale validation of both the ship, its innovative power system, and the distribution network. The bunkering hubs will in the future supply LH2-powered vessels including ferries and seagoing tonnage.

“Hydrogen as a fuel enables opportunities for low, or zero-emission shipping. Topeka will be our first step towards scalable LH2 fuelled maritime operations. We shall create a full LH2 infrastructure and commercial ecosystem, while at the same time removing yearly some 25,000 trucks from the roads”, says VP of special projects Per Brinchmann at Wilhelmsen, which is also coordinating the project. 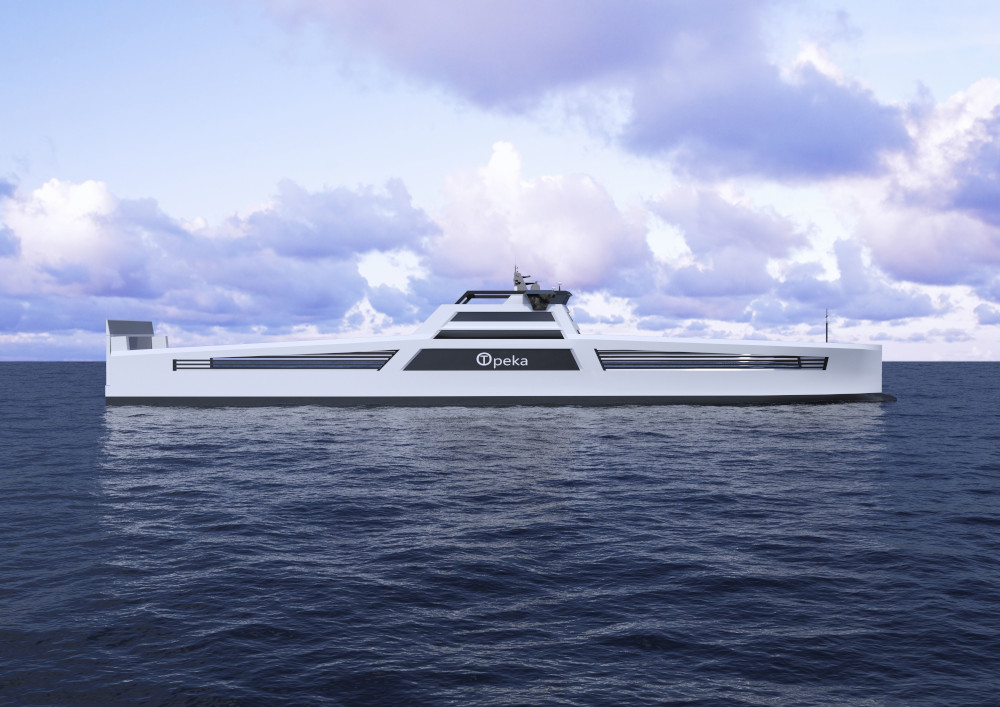 Frida Eklöf Monstad, Vice President Logistics and emergency response in Equinor said: “A hydrogen driven coast-liner that has a regular frequency is very promising transportation alternative for Equinor’s bases on the west coast of Norway. This zero-emission vessel service will also be a valuable demonstrator of the technology development supporting Equinor’s ambitions to move cargo from road to sea and to halve emissions from our maritime activities in Norway by 2030.”

“Maritime is a large contributor of global GHG emissions and thus a priority sector to decarbonize. Hydrogen and fuel cells have the potential to propel vessels in a zero-emission fashion and various ship types are starting to integrate them. HySHIP will be a worldwide forerunner innovation project due to its use of liquid hydrogen, the size of the fuel cell and the concept for the LH2 distribution” adds Bart Biebuyck, Executive Director at FCH2 JU.

Ensuring durability
The Topeka vessel will be built for zero emission through a combination of 1,000 kWh battery capacity and a three-megawatt PEM (proton exchange membrane) hydrogen fuel cell. Hydrogen will be sourced from the new LH2 production plant planned at Mongstad outside Bergen by BKK, Equinor and Air Liquide. 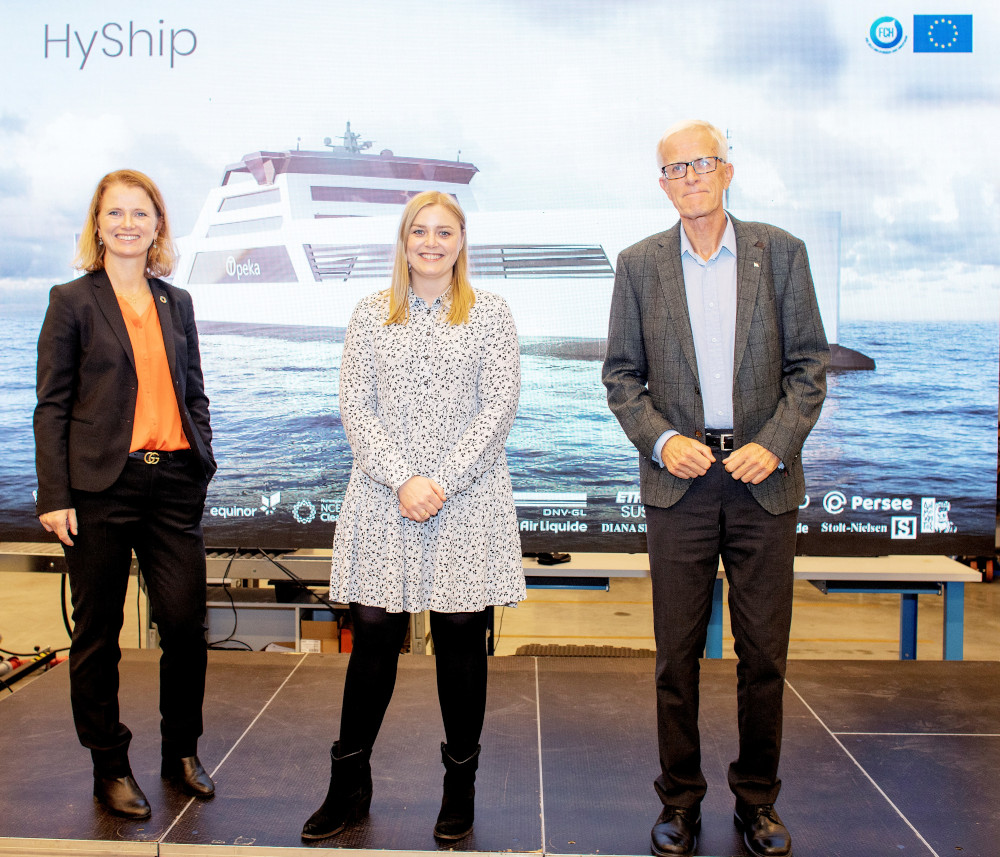 HySHIP will also conduct three replicator studies, including a smaller, 1MW tanker barge for use on inland waterways, a 3MW fast ferry and a scaling-up study on a larger, 20MW energy system for deepsea vessels using a capesize bulk carrier as the replicator.