The tanker market’s biggest threat at present could be a looming recession, which could further hurt oil demand. On the other hand, an increase in ton-mile demand, at least for the short and mid-term could act as a counterbalance, with slowsteaming entering the foray from 2023 onwards.

In its latest weekly report, shipbroker Gibson said that “bearish economic news has recently dominated headlines, increasing fears of a global recession. According to S&P Global, Eurozone manufacturing activity contracted in July, with the Purchasing Managers’ Index (PMI), the leading indicator of manufacturing activity, slipping below 50, a point that marks the divide between expansion and contraction. Data from many other countries is also alarming, with growth rates rapidly decelerating. In the US and in the UK, the PMI declined last month to its lowest reading in two years, whilst in Japan it hit a 10-month low. In China, the official PMI unexpectedly fell to 49.0 in July from 50.2 during the previous month amid sporadic lockdowns. In the oil markets, evidence is mounting that high petrol prices are hurting road fuel demand. The official data for OECD Europe and Asia showed that demand in April fell below its typical seasonal trend, whilst preliminary weekly indications of US oil consumption for July also show a decline year-on-year”. 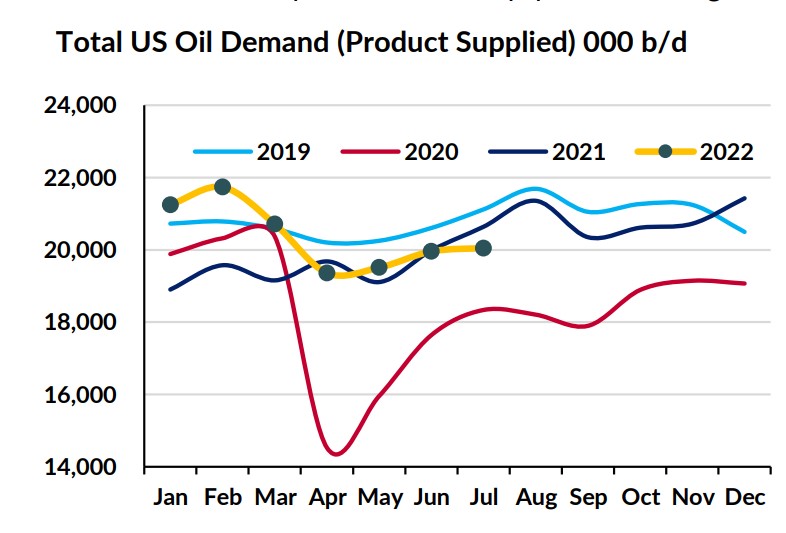 According to Gibson, “the risk of global economic contraction is perhaps the biggest threat to the recent recovery in crude tanker demand; however, it is not the only one. The continuation of China’s Zero Covid policy could affect domestic crude imports if the country faces further Covid related lockdowns. The start-up and ramping up of operations at several major refineries in the Middle East through to end 2023 is expected to have negative implications for crude tanker demand, with more regional crude diverted into the regional refining complex. A degree of uncertainty also remains over the potential start-up date of the Dangote refinery in Nigeria, which once operational, is expected to translate into lower domestic crude exports. On the supply side, over 110 crude tankers are scheduled for delivery for the remainder of this year and a similar number in 2023, whilst the slowdown in global construction activity could apply further downward pressure on scrap prices, limiting demolition potential. What’s more, once the EU embargo on Russian crude comes into force, this will support the growth in illicit trade and the “ghost” tanker fleet, limiting trading opportunities for internationally traded tankers, particularly if Iranian/Venezuelan sanctions remain in place”. 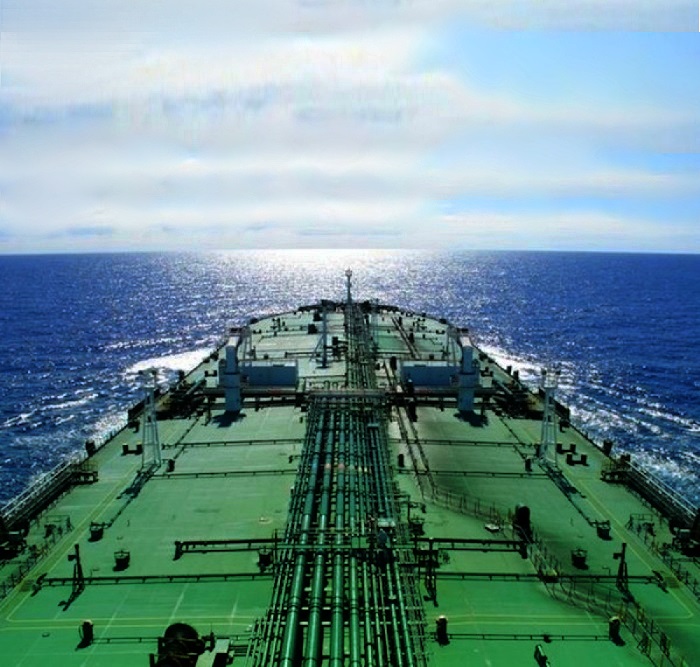 “However, there is also plenty of upside potential. Russian sanctions are clearly increasing crude tanker tonne miles, with more crude going into Europe being sourced from the US Gulf, Middle East and West Africa. Similarly, gains in Russian crude exports East of Suez are also boosting tonne miles. The implementation period itself could see a period of extreme volatility in freight rates around December, whilst seasonal weather factors will also feed that volatility during the winter months. Furthermore, once the Russian oil product trade to Europe stops, refining margins are likely to receive a boost (at least temporary), supporting higher refining runs and ultimately greater crude intake by refineries, with rising Middle East, US and Brazil/Guyana crude production feeding into that demand. Although the economic threat to global oil demand is very real, some of it potentially could be mitigated by gas-to-oil substitution in power generation sector, if gas prices face further upward pressure. On supply side, approaching implementation of the IMO’s EEXI and CII rules will aid demolition activity, whilst increased drydocking periods to make necessary modifications to achieve compliance are also a possibility. Beyond 2022, engine power limitations for ageing/inefficient tonnage could see even slower operating speeds, whilst high bunker prices also support slowsteaming. In addition, robust high/low sulphur bunker spreads could stimulate further interest in scrubber retrofits resulting in increased scheduled drydocking time”, the shipbroker said.

Gibson concluded that “clearly, there are many upside and downside factors that could affect the market in the short term. Yet, on balance it appears there is currently more upward potential, although this could all change very quickly if extreme economic pain prompts Europe to softens its stance on Russia”.
Nikos Roussanoglou, Hellenic Shipping News Worldwide