The Football World Cup has ended, but its results spread out beyond the fields. For the Rio Grande do Sul economy, for example, it represented the strengthening of a major consumer market: Qatar, the host country. Wilson Sons, through Tecon Rio Grande, has virtually doubled exports to the Arab nation compared to the same period last year. From January to November, there has been a 96% increase in container shipments, mostly driven by frozen chicken, which accounted for about 85% of all container exports.

For processed chicken alone, 495 reefer containers, or 990 TEUs (twenty feet equivalent units), were used. In addition to frozen chicken, timber, furniture and eggs are some of the goods exported to Qatar, totaling 15,945 tons, or 1,204 TEUs.

According to José Eduardo dos Santos, Chairperson of Associação Gaúcha de Avicultura (ASGAV), a poultry farming association in Rio Grande do Sul, in addition to other factors, the growing demand for frozen chicken is due to its quality on the international scene. “This is a reflection of the preference for Brazilian poultry, in particular that from Rio Grande do Sul, which is among the three largest exporters and producers in Brazil. We see demand from Middle Eastern, Asian and European countries, especially because avian influenza has been spreading around the world and this eventually restricts trade flow from other countries like Qatar,” José explains.

The executive also notes that the World Cup influenced these results, as the number of consumers in Continental Asia has increased considerably. However, Santos believes that the opportunities did not cease with the end of the tournament. “Preference for Brazilian goods, such as poultry meat, is a trend that has already been seen over the years, since Brazil has supplied not only Qatar but also many other neighbouring countries. For us, this is very positive, as our goal is to continue prospecting the market and exporting Rio Grande do Sul-branded poultry to win the importers’ loyalty,” he says. 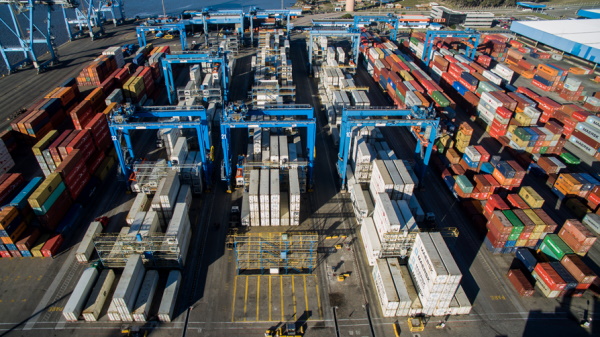 As Rio Grande do Sul’s gateway to the world, Tecon Rio Grande has become, for more than 25 years, a key piece in the economic development of the state. The 735,000-m² facility has a static capacity of 25,000 TEUs, 20,000 m² of warehouses for general and special cargoes, and 10 fully automated gates, in addition to 2,800 power points for reefer containers. Serving over 3,000 importers and exporters, Tecon Rio Grande receives the main shipping lines calling in Brazil, offering weekly services to all trades in the world from 12 shipowners. Exports account for 74% of cargo carried to South America, North America, Asia and the Middle East.

“Industrial production in Rio Grande do Sul is thriving and able to be marketed globally with quality and competitiveness. When a business opportunity like this one comes up in Qatar, it becomes very evident, since restrictions on other production sources make room for what is produced in Rio Grande do Sul,” says Tecon Rio Grande CEO Paulo Bertinetti. “Tecon Rio Grande, one of the most competitive facilities in South America, is a great option for companies in Rio Grande do Sul to export goods, considering that it has a strategic location and the structure required to connect the Mercosur region with leading foreign ports,” he concludes.
Source: Wilson Sons