On September 7th and 13th, Wilson Sons, the largest integrated port-shipping logistics operator in Brazil, with over 180 years of experience, handled the agency procedures and turnaround of the MV Red Marlin. The vessel is the largest in the world to handle fertilizers in the Port of Santos, Latin America’s leading port complex.

With 229 meters of length and 37 meters of beam (width), MV Red Marlin left Huanghua, China, on July 12th, and arrived at Santos roads on August 27th or 40 days later. Chartered by Allied Harvest, represented by AgriLaf in Brazil, it carried 82,500 tons of ammonium sulfate.

Operator of the largest independent shipping agency in Brazil with activities in the busiest Brazilian ports, Wilson Sons used its expertise to handle MV Red Marlin. It took six days to unload the fertilizer cargo in Santos. After that, the cargo will to be carried by rail to the Midwest, as it is a critical material for the Brazilian agribusiness. 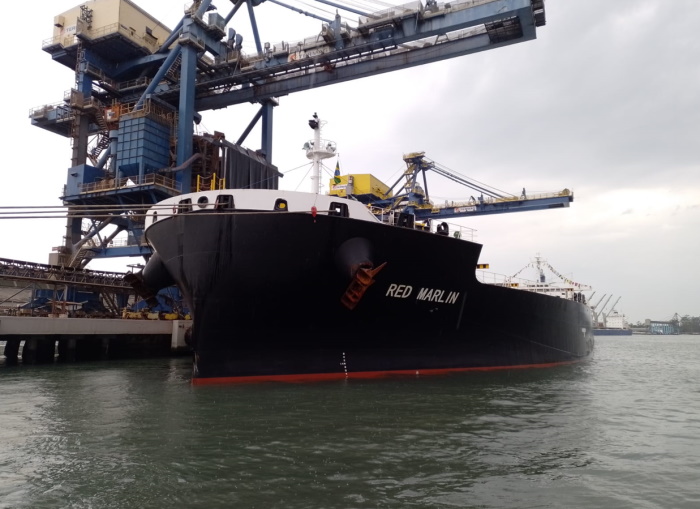 “We have the expertise and are able to handle the largest fertilizer ship to dock in Latin America’s largest port complex. We guarantee full support for a successful and safe operation before, during and after arrival of the ship, from its departure in China until it leaves Santos. We work throughout the chain, which includes the external and internal client, the charterer, shipowner, the port authorities, handling all the documentation required, even the change of crew and the provision of supplies, such as water and fuel,” said Philip Leslie, manager of agency operations at the Santos branch.

This year, the shipping agency has reported a higher volume of fertilizer handling operations despite the uncertainties in the international scenario and logistic issues caused by the conflict between Russia and Ukraine. With the increasing fertilizer demand, the business unit gets stronger along with major traders and charterers through its own 19 branches, run by experienced and knowledgeable teams engaged with the rules of each port.

The shipping agency services offered by Wilson Sons include sales services for ship owners, documentation, logistical management of equipment, scheduling liners and tramps, and preparing shipping and demurrage documents. To make operations more efficient and support exports and imports, the company has exclusive representatives in Europe and its own office in China.
Source: Wilson Sons