Secure transfer of work crews to carry out installation of offshore wind turbines is a critical factor that is driving high demand for Vestdavit’s docking-head davits as investments in this sector are set to take off over the coming years.

The Norwegian davit supplier has so far this year supplied more than a dozen of its unique modular docking head – an anti-pendulation device installed on a davit to counter swing motions of a boat during launch – to both the commercial and military markets that is already twice the tally sold in 2020.

The sudden surge in demand can be attributed largely to the need for safe and reliable davit launch systems for workboats servicing the offshore wind sector, as well as the flexibility and reduced cost of the Vestdavit docking head that is making it more attractive to navies and coast guards mainly in Eastern Europe and South East Asia, according to Vestdavit sales manager William Goodall.

This market trend looks set to accelerate given an estimated 1500 support vessels will be needed over the next decade to carry out wind turbine installation in Europe where investments in new wind farms are set to rise from last year’s record €26.3 billion ($32.1 billion) towards the continent’s goal of 300 gigawatts of installed capacity by 2050.

Goodall also sees burgeoning davit demand from other parts of the world as wind farm projects move forward off countries such as the US, South Korea and China, with research firm Rystad Energy forecasting global investments of $810 billion in offshore wind projects this decade.

“A docking head is a vital element in safe deployment of humans and equipment in workboats from the davit of a support vessel employed on such projects,” he explains.

The docking head fits over a cone on the launch boat to ‘lock’ it steady and in the right orientation when moving between the stowed and ready positions at the ship’s side during launch or recovery operations. 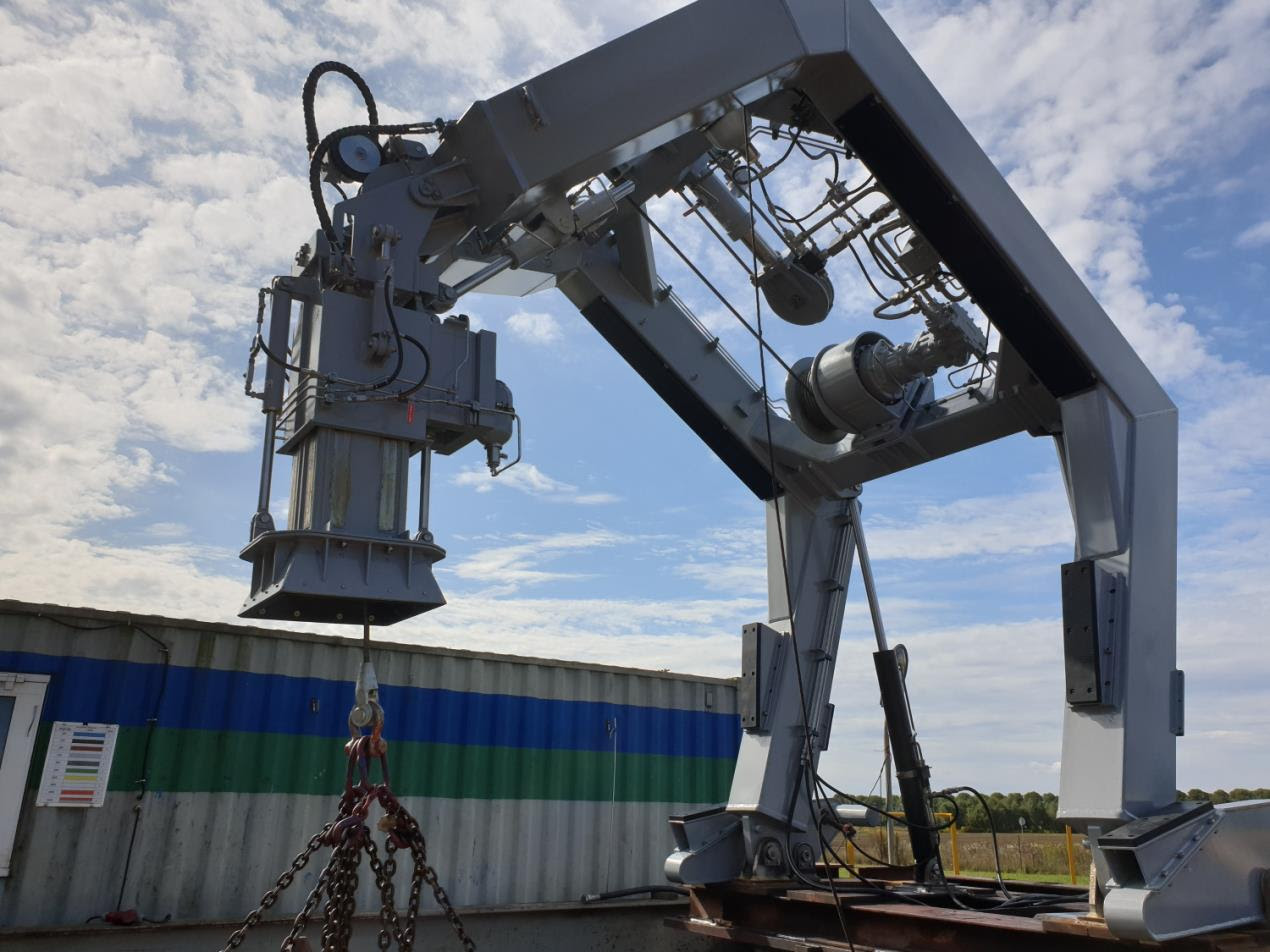 It features hydraulic actuators to compensate movements triaxially and can engage with boats at inclines of up to 30 degrees, dampening swing loads to prevent sudden movements in rough seas that could injure the crew or damage equipment, as well as the ship’s structure.

“The potential for this docking-head technology in the wind sector is enormous as such support vessels require a wide weather window,” Goodall says.

Vestdavit has been ahead of the game in anticipating this demand, having pioneered docking-head technology as part of its integrated PAP davit system back in the 1990s before developing in 2016 the innovative PLD series incorporating a cheaper, modular docking head that can be detached from a davit.

The robust docking head is available in a range of models capable of handling swing loads of between three and 16 tonnes, with another on the drawing board for up to 20 tonnes tailored for heavier workboats used for offshore wind support work.

Goodall points out the docking head’s detachability is an attractive feature particularly for navies and coast guards as it means the davit can be adapted for the use of different boat types to future-proof the system.

Vestdavit is now building on its success in supplying docking-head davits to the French Navy and coast guard that typically use them for launch of fast rescue or interceptor craft for boarding operations.

Eastern European countries such as Poland and Romania see these as reference deliveries as they build up their own naval and coast guard fleets, with Vestdavit’s production facility in Poland giving it a springboard into this emerging market based on the key factor of local content.

The reduced cost and three-dimensional functionality of the PLD system has also hit the mark with South East Asian navies as they seek to expand their fleets, according to Goodall.
Source: Vestdavit