Winners and Losers of the Suez Blockade

Certain sectors of the shipping industry are bound to benefit from the recent blockade of the Suez Canal which managed to clear the backlog of ships just this past weekend after almost two weeks of delays. The impact in freight rates is imminent.

In its latest weekly report, shipbroker Intermodal said that “over the past week, the biggest story has been the blockage of the Suez Canal, as a result of the grounding of the container ship Ever Given. At the time of writing the vessel has been refloated allowing the traffic to resume, albeit the lineup of congestion built up significantly since the incident and may take days to resume to normal levels. More than 450 vessels of all types were waiting at the peak of congestion on either side of the canal to pass, while there were reported cases of ships ordered to deviate through the Cape of Good Hope”.

According to Intermodal’s SnP broker, Mr. Vasilis Moiris, “the sectors impacted the most from this situation are those of tankers and containers. We immediately saw an increase in tanker freight rates on routes which are directly related to the Suez Canal passage, with the increase in some cases being over 80.0% since the accident in 23rd March. The impact was immediate on Suezmax, with Aframax following, while the impact on LR2 and LR1s clean related trades could spill over into the next month, despite the situation being resolved”. 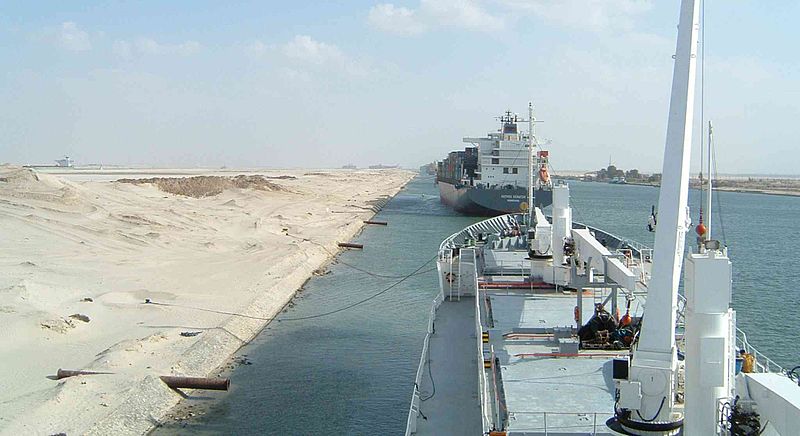 Meanwhile, “the container sector has also been impacted as despite the refloating it is expected that it will take days for the backlog of vessels to pass the canal, while with the containers supply chain already strained, congestion at discharging ports could drive container freight rates back up after their recent easing from close to record high levels”, Moiris added.

“The impact in the dry bulk sector was expected to be lesser, however certain trades were at “risk”. More specifically mainly grain and iron ore trades out of Black Sea and USA/North Atlantic to the Far East are passing through the canal. More than 95 bulkers were waiting at the canal at the peak of the crisis and despite the fact that we didn’t see an immediate impact on freight, increased congestion when they discharge East might prompt an increase in rates later on”, Intermodal’s analyst said.

Moiris also noted that “even one week of blockage has had an impact in commodities trading, adding to the ton miles through the deviation of Cape of Good Hope for those vessels that decided to do so. Supply chain disruptions via delivery delays and increased congestion at discharging ports at a 2nd stage are expected to extend well beyond the next week. Finally, it is worth noting that such incident might put back into focus the importance of economies of scale of the larger vessel classes, particularly in an increased bunkers consumption context that might be triggered and the relevant asset value differences revisited”, he concluded.
Nikos Roussanoglou, Hellenic Shipping News Worldwide

Previous: Ship Propulsion: Transition is in the Wind!
Next: Global growth prospects rise despite risks