“The study was initially launched more than twenty years ago to better understand which policy measures could be undertaken to address the challenges facing Belgian shipping then,” stated Wilfried Lemmens, RBSA’s Managing Director.

“At that time, a mere 2 percent of the Belgian-controlled fleet sailed under the Belgian flag. Fast forward to 2020, this number has risen to 33 percent, with the decision-making power preserved in Belgium.

This shows the strong impact of Belgium’s shipping policy in the past two decades in cultivating a healthy maritime climate here, that mitigates the risk of major players leaving the country, that keeps new players here, while preserving the competitiveness of the Belgian flag in Europe and worldwide.”

The result of that policy has created some of the world’s top maritime champions from Belgium.
Between 2016 and 2020, the Belgian-controlled fleet expanded rapidly, adding 39 percent to its DWT. In some merchant shipping sectors, including bulk and containers, freight rates have shot up since 2019, triggering a growth of 26 percent in the value-added of Belgian merchant shipping by end 2020. 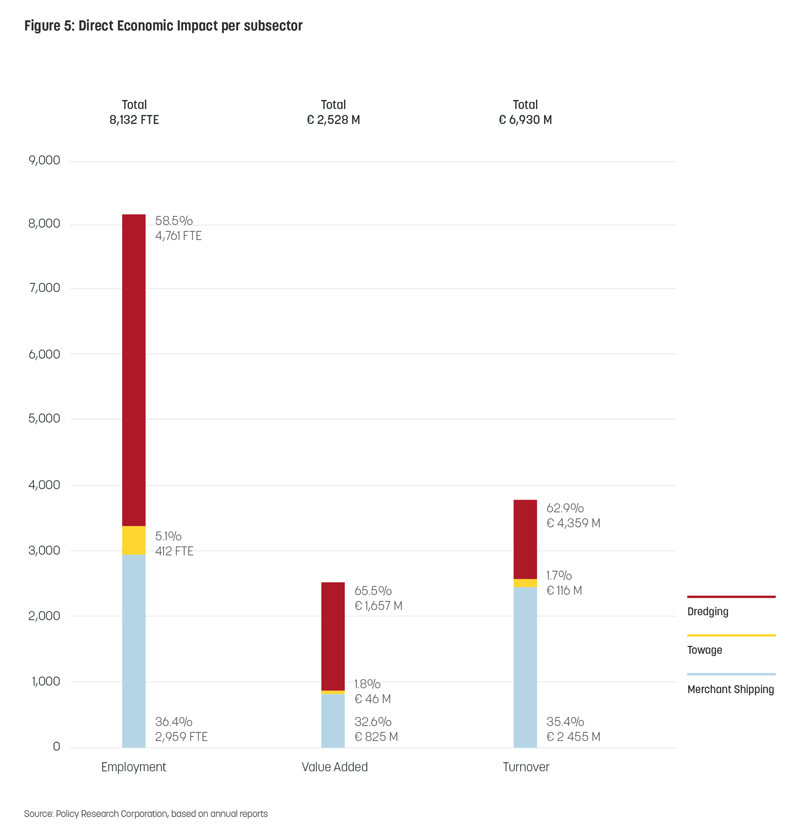 The conclusion reached in the publication proves that European and Belgian maritime shipping policy has thus far been a success story:

The fleet of the Belgian shipowners expanded by a factor of 4.5 since 2001, which is about twice the growth rate of the world fleet. The whole Belgian shipping cluster generated about 15,000 jobs and approximately €3.15 billion of value added in 2020 (combination of direct impact within sectors and indirect impact through subcontracting). This amounts to over 0.6% of Belgium’s GDP.

The future of Belgium’s continued maritime excellence is likewise assured by the steady rate of graduates from the Antwerp Maritime Academy.
Source: Royal Belgian Shipowners’ Association