The Ellen E-ferry, the world’s most powerful fully-electric ferry, is close to entering passenger operations. Covering a 22-nautical mile crossing between the Danish islands of Ærø and Fynshav, the vessel will travel seven times further than any other electric ferry currently in operation anywhere in the world.

The Ellen E-ferry is just under 60m long, has a breadth of approximately 13m and will travel at speeds between 13-15.5 knots. It is capable of carrying 198 passengers in summer months, with this capacity dropping to 147 during the winter. The ferry can also carry 31 cars or five trucks on its open deck. As well as having a capacity of 4.3Mwh, the largest battery pack currently installed for maritime use, it is also the first electric ferry to have no emergency back-up generator on board. 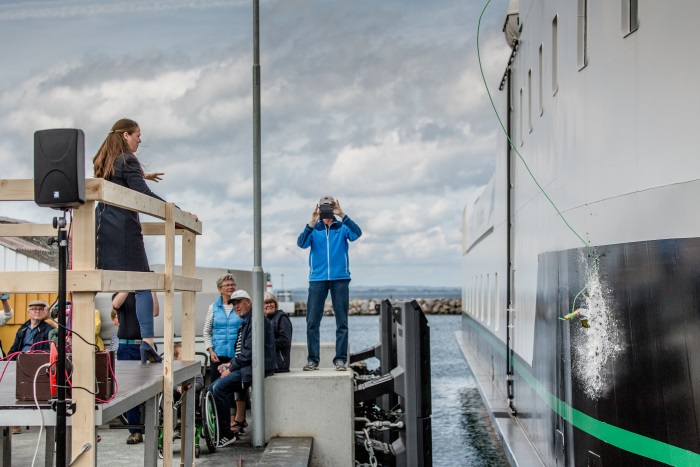 As well as the electric drivetrain, Danfoss Editron also provided the vessel’s power management system for the complete on-board automated power and load control. Additionally, the company delivered the onshore charging station and charging arm for the ferry’s 4.3MW battery.

“The E-ferry project is a very good and concrete example of what a climate friendly future can look like – a ferry that runs on green electricity without discharging any environmentally harmful substances. I hope people will come to Ærø to experience Ellen and see how the standard for ferry transport can be in the future, not only in Denmark but all over the world.” 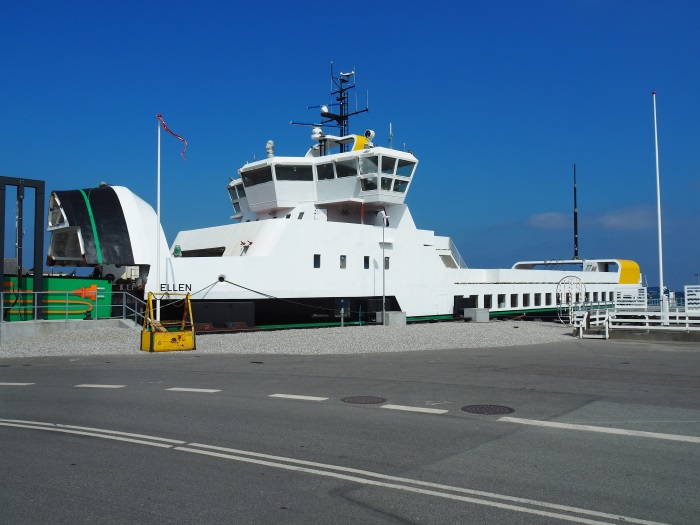 “Ellen is an excellent example of the future for electric transport: cleaner, greener and more efficient. It is a great project which demonstrates the potential for electric ferries to end users and the industry itself. It is an EU project and will be an exemplar for electric transport for many years to come. Electrification is key for Danfoss’ success in the future. We will electrify complex machinery, achieving not only reductions in CO2 and other emissions but also improving the productivity and efficiency of such machines. Danfoss is already recognised as a technology leader and we are investing heavily in the business to ensure we stay in the forefront of electrification.” 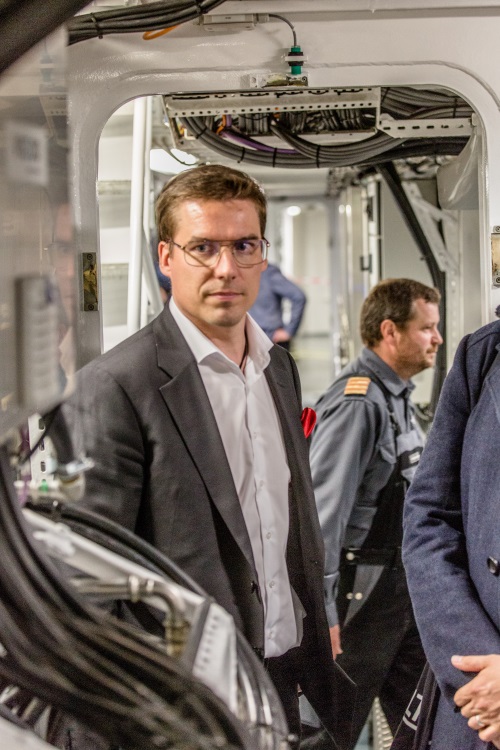 “It is well known that the global marine industry is a major contributor of greenhouse gas emissions. Maritime transport currently emits over 900 million tonnes of CO2 annually and is responsible for about 2.5% of global greenhouse gas emissions. We want to help change the world by easing pollution and we believe that industries such as the marine sector can lead the way. With a powerful Danfoss Editron system running it, the Ellen E-ferry will strengthen our already strong position as a world leader in the development and delivery of world-class electric ferries. It is anticipated that the ferry will save 2000 tonnes of CO2 every year once operational.”

The Ellen E-ferry was baptised by Danfoss Communications Consultant Christina Clausen, who is also the granddaughter of Mads and Bitten Clausen who founded the company in 1933, on June 1. The vessel is expected to become operational at the beginning of July 2019.
Source: Danfoss