Xeneta Global Index Delined by 2.1% in the past month

The fall coincides with the traditional slowdown recorded for this time of the year and reflects declines seen on some of the major trades. However, despite the fall, the index is still at a similar level (+0.1%) to that recorded at the same period of last year. Year-to-date the benchmark is 0.5% lower, having failed to meaningfully reverse the downward trend reported since the summer.

In other news, Rolls Royce recently took a step forward in its push for intelligent shipping systems, launching the world’s first autonomous car ferry. Its autonomous navigation system allowed the vessel to navigate autonomously during its voyage with the return journey conducted via remote control. Meanwhile, 2019 should see the launch of the world’s first fully electric autonomous container ship dubbed the Yara Birkeland. In commoditized trades where the lowest slot cost ultimately wins, could automation eventually provide a competitive edge for those with the will power and resources to invest in such technology? 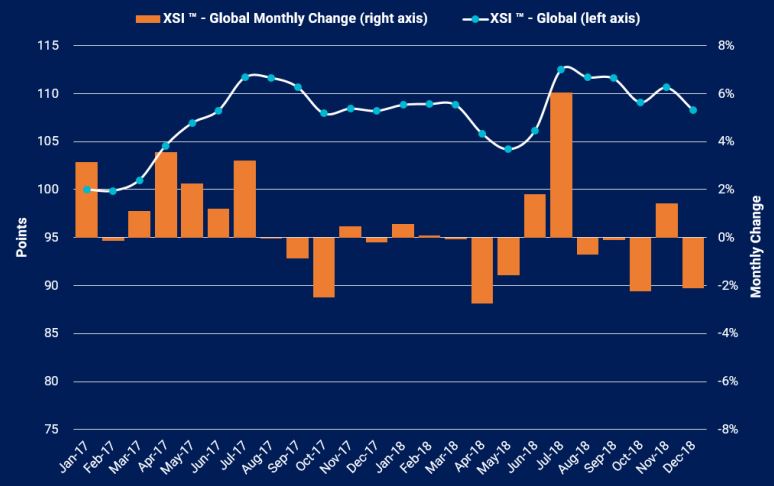 Meanwhile, European exports on the index remained almost unchanged on the previous month, increasing by just 0.6% to 110.07. Although the exports benchmark is 0.2% lower than Dec-17, it is up 0.3 % since the start of the year.

Elsewhere, Hapag Lloyd has revealed its intentions to launch a premium product on some of its trades after a significant portion of its clients suggested they would pay more for a better service. However, Maersk Line famously tried something similar and ultimately failed after it transpired customers weren’t willing to pay the premium.

Moreover, history shows us that a large proportion of rate increases on the Far East – Europe trade fail to materialise or are quickly eroded, highlighting the challenge carriers still face in increasing rates. With price still the primary differentiator on the largest trade lanes, one has to question whether such an offering will be more successful this time round? 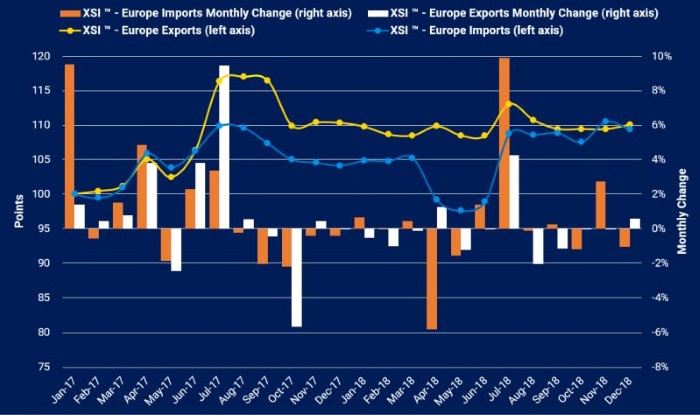 Time will tell as to whether China’s recent agreement with the US to purchase what it describes as a very substantial amount of agricultural, energy, industrial, and other products from the States, will have any meaningful impact on the Far East imports index.

Far East exports also witnessed a substantial month-on-month fall, declining by 4.5% to 116.23. The benchmark is now just 0.7% higher than the same period a year earlier and is up just 1.3% since the start of the year. The decline on the Far East exports benchmark can be partly attributed to reduced demand from the US, as shippers front-loaded orders due to trade tariff uncertainty. 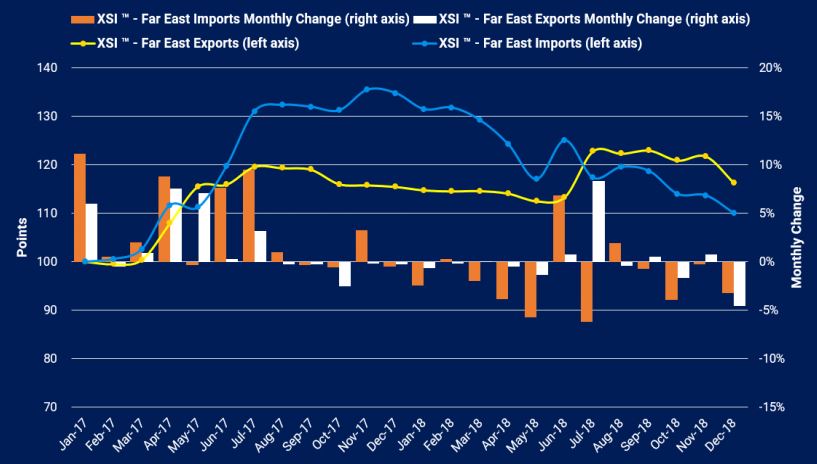 The decline follows on from falls reported in the spot market, as the demand relating to shippers seeking to fulfil imports prior to further tariffs begins to wane. However, with the future status of the trade war anything but certain, despite a 90-day ‘cease fire’, the market could be in for a bumpy ride should new tariffs be imposed, leading to another surge in demand. 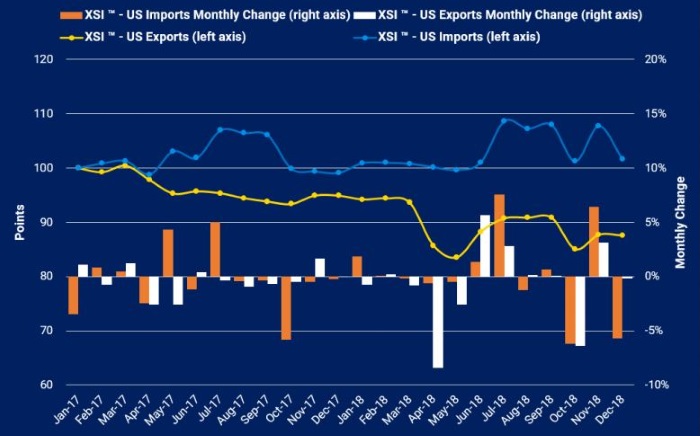