A new study by Yale University has identified potentially dangerous levels of depression, anxiety and suicide risk among the world’s seafarers. Commissioned by the ITF Seafarers’ Trust charity, this authoritative and comprehensive survey of the state of seafarers’ mental health exposes risks and proposes actions that can be taken to address the problem.

The study drew on a sample of 1,572 seafarers who were representative of serving seafarers across the world, of different ranks, on different vessels, with different flags. It found that within the previous two weeks of completing the survey a quarter of them had suffered depression, 17 percent had experienced anxiety and 20 percent had contemplated suicide or self-harm.

The Seafarer Mental Health Study for the first time also found a link between depression, anxiety and suicidal ideation (thoughts) and a greater likelihood of injury and illness on board.

The survey identified the following factors as being associated with the feelings of depression, anxiety and suicidal thoughts: 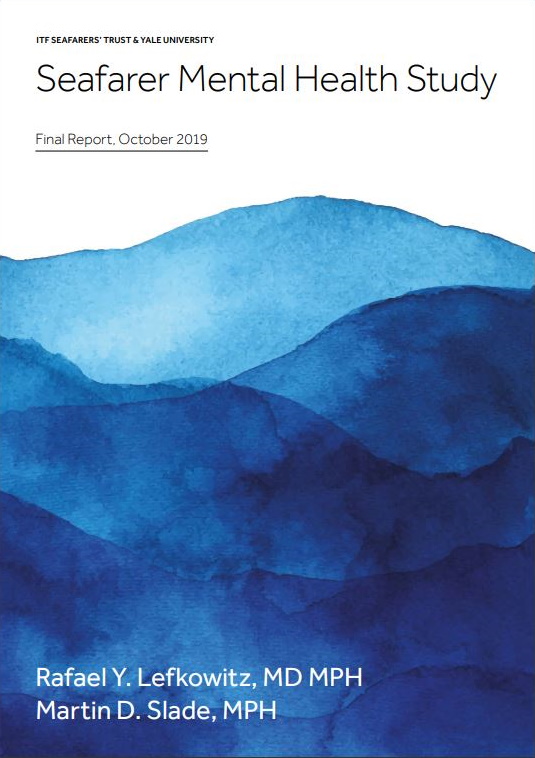 The significance of the link to violence and bullying at work had not been previously drawn so clearly. Seafarers from the Philippines and Eastern Europe were four times as likely to report having experienced or witnessed violence as those from Western Europe.

Dave Heindel, Chair of the Seafarers’ Trust, stated: “The more we talk about mental health, the more we reduce the stigma associated with it. This report really helps us to understand the contributing factors and provides a basis for demanding some fundamental changes in the way the shipping industry operates. This morning the report’s lead author, Dr Lefkowitz, personally briefed the ITF Seafarers’ Committee on the findings of this far-reaching and important study. It was a sobering occasion; the gravity of his team’s discoveries is evident. They should be taken as a call to action by everyone in the shipping industry. For our part, the ITF and the representatives of its worldwide maritime union affiliates gathered here today have pledged to share these findings as widely as possible in order to draw attention to this until now hidden problem – as well as to use them to lobby the industry for system changes to the working environment onboard ships.”

Katie Higginbottom, Head of the Seafarers’ Trust, commented: “The lives of seafarers are known to be tough. This study shows them to be generally healthy and resilient but subject to massive pressures that are, for the most part, manageable. This issue of violence on board is, however, very disturbing and warrants further investigation. ”

Having examined the extent of the problems, the study includes a number of recommendations for maritime training institutes, companies, employers, P&I clubs and trade unions, including:

The study’s authors were Dr Rafael Y Lefkowitz, MD MPH and Martin D Slade, MPH, from Yale University’s respected Occupational and Environmental Medicine Program. They utilised demographic, occupational, and work-environmental questions, along with ones assessing injuries and illness events, and mental health outcomes (symptoms of depression and anxiety). The final survey was the result of feedback gathered from seafarers over three months of ship visits. The survey was then actively promoted for three months, during which time it attracted 1,894 participants, from which a representative cohort of 1,572 seafarers was selected.