The nominations for the new look Nor-Shipping Next Generation Ship Award have been revealed today, with Yara Birkeland, the world’s first fully autonomous ship, battling against an array of innovative tanker concepts from AET, Teekay and Sovcomflot. The winner, to be announced at Nor-Shipping’s Opening Ceremony in Oslo Town Hall on 3 June, will be the first to receive an accolade that combines two previous awards – the Energy Efficiency Award and the former Next Generation Ship Award – in one coveted prize.

It is, notes Nor-Shipping Director Per Martin Tanggaard, a fiercely competitive shortlist. 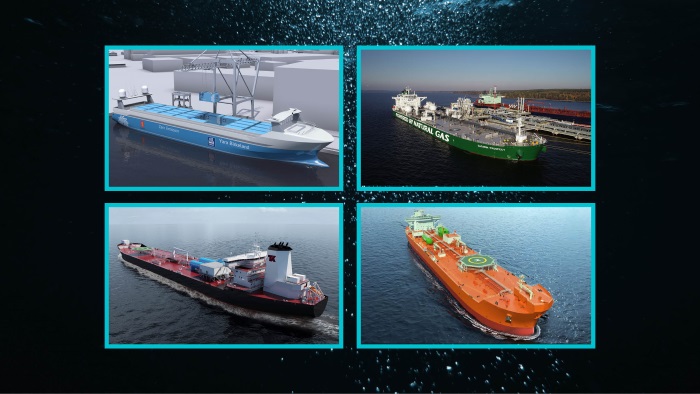 “This new award for Nor-Shipping 2019 has attracted an incredibly high standard of entrants, illustrating the ambition, innovation and drive for greener shipping that is redefining the industry at present,” he comments. “In all some 21 vessels made it through for consideration by our expert judging panel and, in a demonstration of their quality, each of those appeared on at least one of the judges individual shortlists. I think that is a first!

“However, these four bold, responsible and ground-breaking designs elevated themselves to another level. Each one would be a worthy winner in its own right, so it’ll be hugely exciting to see which one manages to claim the trophy and help start Nor-Shipping 2019 in style at our Opening Ceremony. Good luck to all the nominees.”

The vessels on the shortlist were selected by an international jury of seven industry experts at a meeting in London in April. Each jury member was asked to select six vessels in order of merit, with six points awarded to their most favoured vessel, five points to number two and so on down to one point for the final vessel. All the marks were then aggregated, with the four chosen vessels being those with the highest overall marks.

The entry criteria for ships allows for vessels built or converted from the time of the last Nor-Shipping exhibition in 2017 to vessels planned for delivery in 2024. Yara Birkeland is currently under-construction at Norwegian shipbuilder Vard, with a delivery date of 2020. Gagarin Prospect is already operational, having been delivered in 2018 and now time-chartered to Shell for up to ten years. Both the AET and Teekay series are under construction at Samsung.

Nor-Shipping 2019, Your Arena for Ocean Solutions, takes place in Oslo and Lillestrøm, Norway, from 04 to 07 June. Alongside the Next Generation Ship Award the leading global event week will also present the Young Entrepreneur Award at its invitation only Opening Ceremony.

In all around 35,000 delegates, from over 75 countries, with close to 1,000 exhibiting companies, are expected to attend Nor-Shipping’s Lillestrøm-based exhibition and diverse programme of activities taking place across the Norwegian capital.

Alongside Hall A’s focus on Blue Economy, the other halls will feature:
IT & Navigation in Hall B
Safety & Rescue in Hall C
Shipbuilding & Repair in Hall D
Maritime Services & Logistics in Hall E
Propulsion & Machinery in Hall E
Source: Nor-Shipping