Damen Marine Components has made a significant contribution to ten ships for the Irish shipping company Arklow Shipping, the latest of which, the Arklow Artist, will be put into service in the foreseeable future. To be able to generate high lifting forces, the ships are equipped with Van der Velden® MASTER rudders and BARKE® high-lift flap rudders.

The Arklow Artist is currently being outfitted at the Ferus Smit shipyard in Westerbroek, the Netherlands. This vessel is part of Arklow Shipping’s 8,500DWT series. The first five ships in this series, Arklow Abbey, Accord, Ace, Archer and Arrow, are now in service. This also applies to the 16,500DWT series, which consists of four ships: the Arklow Wave, Wind, Willow and Wood.

Initially, both series were going to be equipped with NXA fishtail rudders. Arklow Shipping, with offices in Arklow, Ireland and Rotterdam, the Netherlands, asked its captains and superintendents for feedback, which revealed a strong need for the capability of crabbing; the ability of a ship to move sideways without moving forwards. “An understandable wish,” says Marnix de Bruijn, sales manager of Damen Marine Components. “Especially the ships from the 8,500DWT series need a lot of lateral movements, because they commute from port to port and have to manoeuvre a lot.” 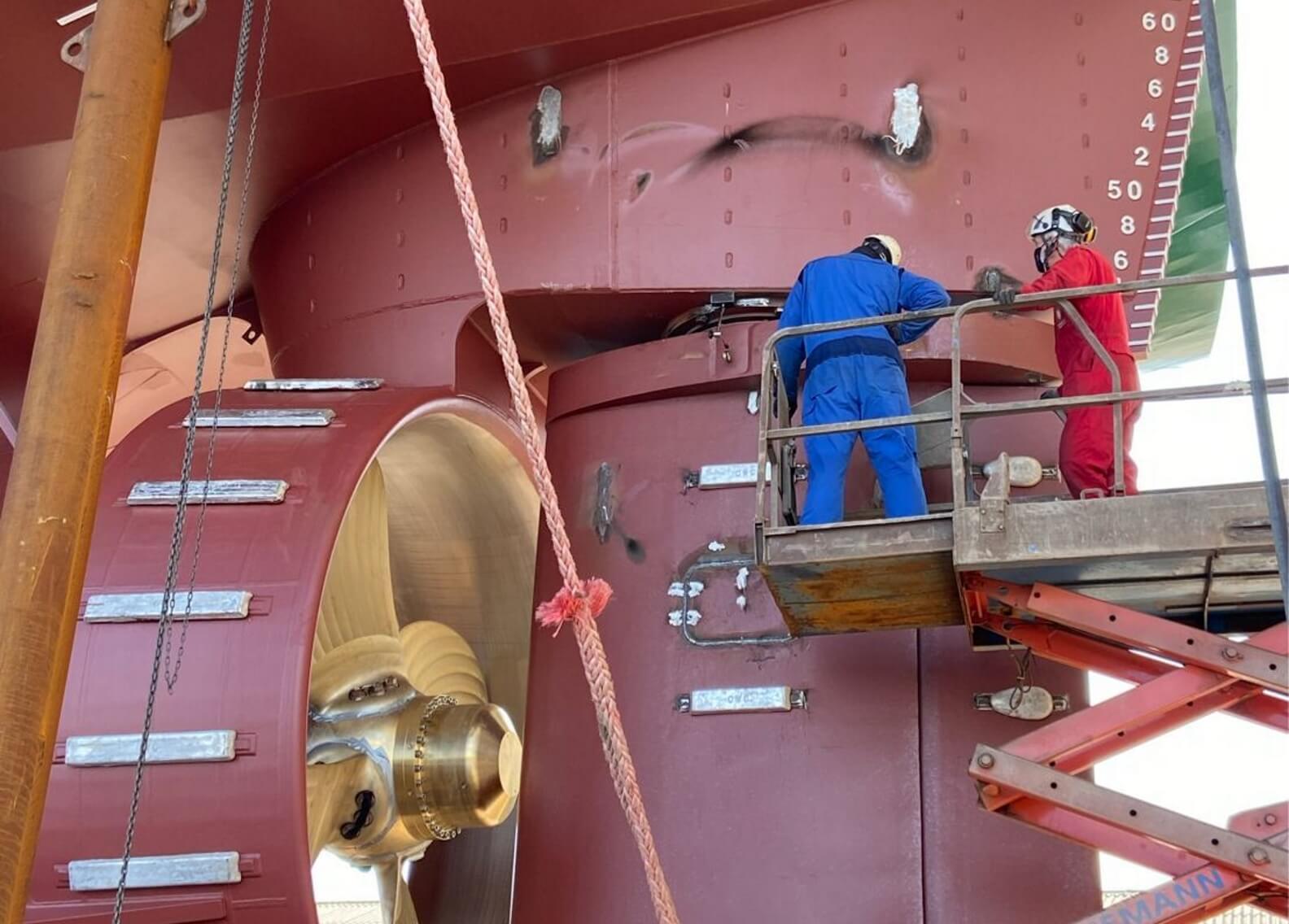 Damen Marine Components has adopted this wish. In consultation with the management boards of Arklow Shipping and Ferus Smit, it was decided to replace the NXA rudders from the original design. The 8,500DWT series has therefore been fitted with Van der Velden BARKE® high-lift flap rudders. With the progressive rotating flap, the BARKE® rudder generates high lifting forces at large rudder angles and low drag at small rudder angles. This aids in sideways shifting.

Because there was no time for this with the 16,500DWT series due to the delivery time of the BARKE® rudders, the best alternative was sought for this series. These four ships are equipped with Van der Velden® MASTER rudders. With rudder angles of up to 65°, this fishtail rudder provides high lift. The design can be optimised for many different types of ships.

Arklow Shipping is very pleased with the conversion of the rudders and the behaviour of the ships, which are now used to great satisfaction.

2021-10-01
hellenicshippingnews..
Previous: Power crisis deepens in Asia and Europe: What it means to shipping
Next: MABUX: Bunker Prices Trending Higher